IOWA STATE FAIR, DES MOINES, IOWA — Gov. Steve Bullock took the stage at the Political Soapbox on Thursday, the first Democratic presidential candidate to indulge what has become a quadrennial ritual at the Iowa State Fair.

Bullock told the crowd at the gathering, sponsored by the Des Moines Register, that while he could win California, Massachusetts, and Vermont just like any other Democrat, only he could win Iowa, Montana, Pennsylvania, Michigan, and other states President Donald Trump had won in 2016. 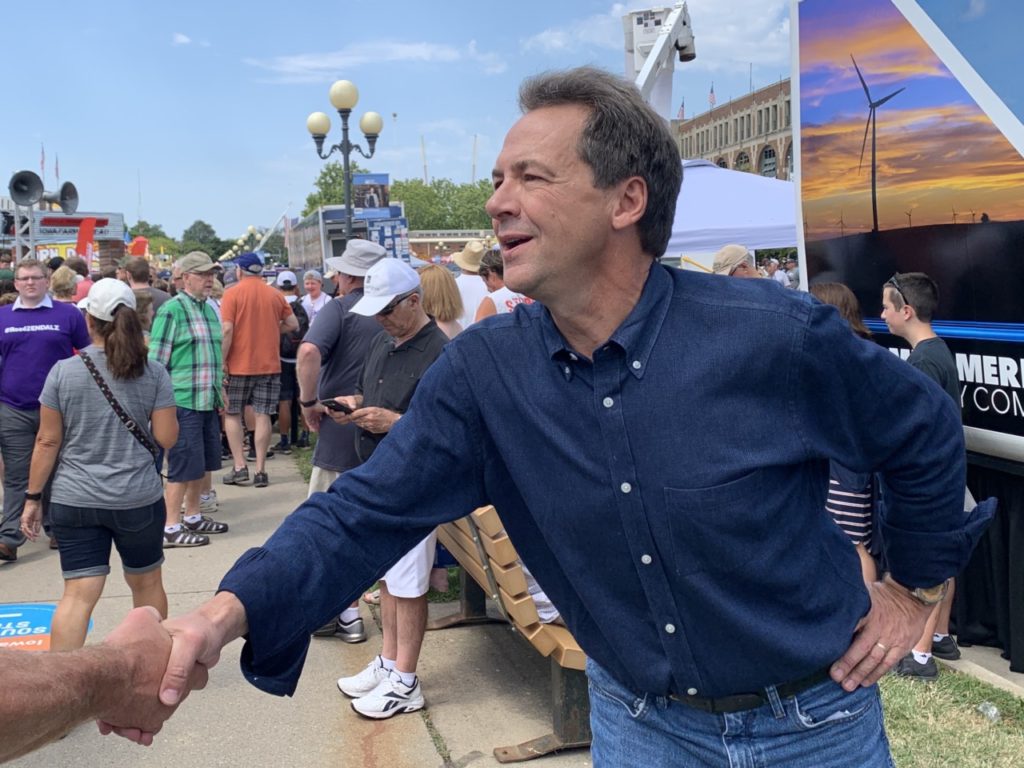 As other candidates have done in the days since the mass shootings in El Paso, Texas, and Dayton, Ohio, Bullock accused the president of inciting hatred and violence.

But he also stressed a key point of difference with most other candidates in the Democratic field: his health care plan would offer a “public option” but would not cancel private insurance for 150 million Americans.

Bullock stressed his family roots in the state. When asked to name a person he admires, he joked: “Could I say my great-great-grandfather who settles in Henry county?”

He then gave his actual answer: Jeannette Rankin, a Montanan who was the first woman elected to Congress. (She also voted against U.S. entry into both world wars, casting the lone anti-war vote after Pearl Harbor.)

Jan Bauer, a local member of the Democratic National Committee and chair of the party in Story County, wore a Bullock T-shirt to show her support. She told Breitbart News that she appreciated Bullock’s support for Democrats in downticket races in the 2018 midterm elections.