The lead editorial of the New York Times Sunday declares that the Republican Party will die with President Donald Trump’s defeat in the November election. 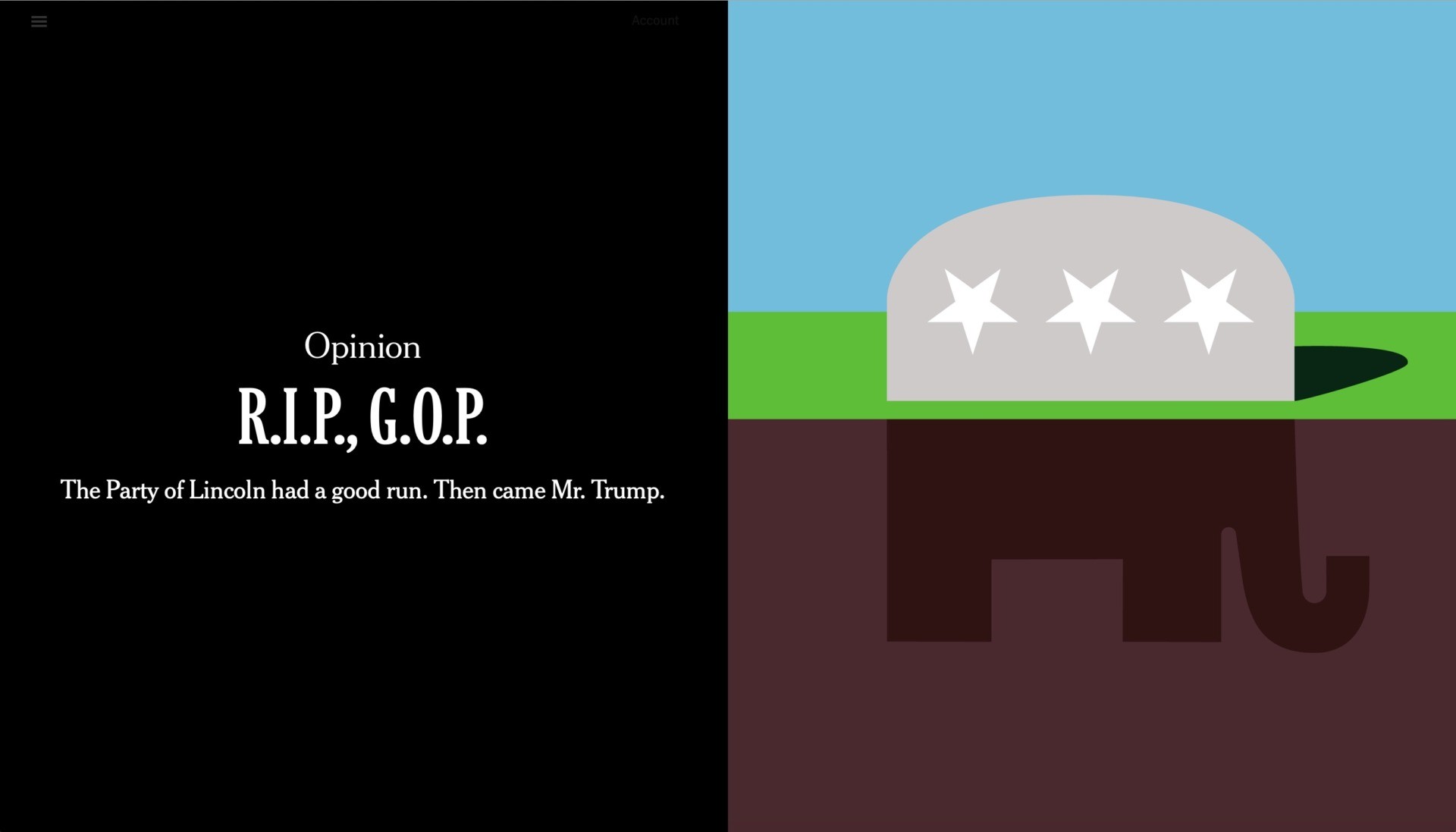 Under the headline “R.I.P., G.O.P.: The Party of Lincoln had a good run. Then came Mr. Trump,” the Times editorial board argues:

Of all the things President Trump has destroyed, the Republican Party is among the most dismaying.

“Destroyed” is perhaps too simplistic, though. It would be more precise to say that Mr. Trump accelerated his party’s demise, exposing the rot that has been eating at its core for decades and leaving it a hollowed-out shell devoid of ideas, values or integrity, committed solely to preserving its own power even at the expense of democratic norms, institutions and ideals.

Mr. Trump’s corrosive influence on his party would fill a book. It has, in fact, filled several, as well as a slew of articles, social media posts and op-eds, written by conservatives both heartbroken and incensed over what has become of their party.

The scars of Mr. Trump’s presidency will linger long after he leaves office. Some Republicans believe that, if those scars run only four years deep, rather than eight, their party can be nursed back to health. Others question whether there is anything left worth saving. Mr. Stevens’s prescription: “Burn it to the ground, and start over.”

The Times endorsed Democrat Joe Biden for president earlier this month, arguing: “Mr. Biden isn’t a perfect candidate and he wouldn’t be a perfect president. But politics is not about perfection. It is about the art of the possible and about encouraging America to embrace its better angels.”