A Nigerian archbishop has decried the slaughter of Christians in his country and the media silence surrounding it, declaring that “Christians are being killed like chickens.”

Archbishop Matthew Man-oso Ndagoso told LifeSiteNews said that in the Muslim-dominated northwest of the country people live in constant fear, especially in the state of Kaduna where he resides.

“It is one of the states where everybody walks around afraid. There are kidnappers and bandits and they are killing people. Villages are being burned down,” Archbishop Ndagoso said in an article published Monday.

“In other parts of the country if something happens, the president shows up. But here people are being killed and nothing is being done about it,” he said.

Ndagoso says there is “a systemic persecution of Christians in these states” but the nation’s leaders “do not have the political will to address the issues, to enforce the provisions of the constitution regarding the equality of religions and the equality of citizens before the law.”

Since last October, the archbishop says, “there have been serious attacks in villages especially in my archdiocese of Kaduna. Hundreds and hundreds of villagers have been killed.” 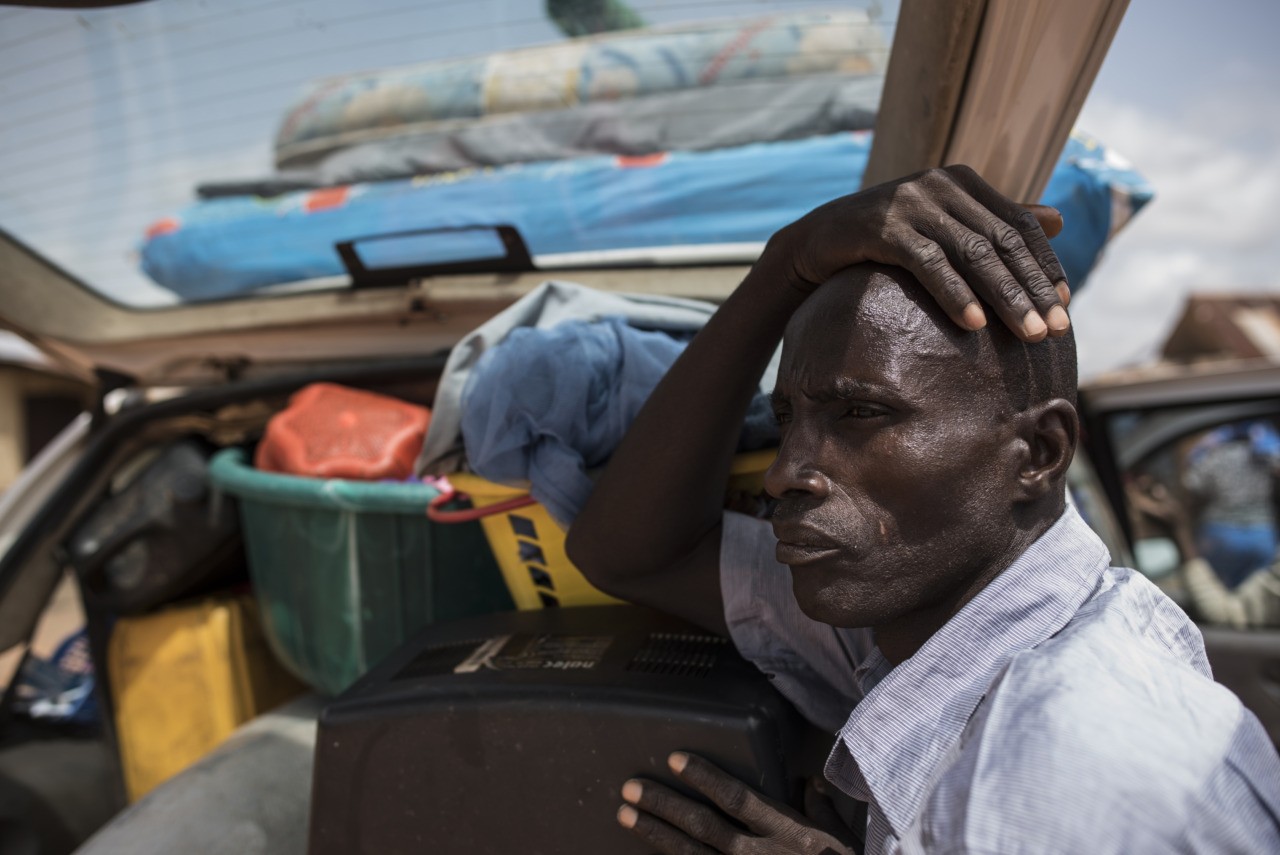 A man stands by his possessions as Christian villagers evacuate the Ganaropp village in the Barikin Ladi area near Jos on June 27, 2018. – Plateau State in Nigeria has seen days of violence where more than 200 people have been killed in clashes between Berom farmers and Fulani herders. (STEFAN HEUNIS/AFP/Getty Images)

“This conflict has led to attacks and the burning of so many villages,” he said. “I can tell you that between January and now, more than 10 villages that are mostly Christian have been burned and destroyed. There are thousands and thousands of IDPs (Internally Displaced Persons) in villages around the area whom we are looking after.”

In theory, Nigeria’s constitution provides freedom of religion and the equality of everyone before the law, Ndagoso notes, and yet “Christians in these northwest states where Muslims command the majority are not taken seriously. Their rights are not respected, because they are only tolerated, not treated as equals.”

The resulting atmosphere is one of fear among the Christian population, the archbishop states.

“Many villages have been burned, many hundreds of people have been killed and yet we do not have any rest,” he said.

“So I do actually fear that if nothing happens between now and the next two months when people are supposed to be planting and they don’t go to their farm, only God knows what will happen to us next year in terms of food security,” he said.

“These are things the international community needs to talk about,” he said.