The Democratic Republic of the Congo (DRC)’s government on Sunday authorized a U.S. military aid mission in the country designed to help the DRC army fight a local affiliate of the Islamic State of Iraq and Syria (ISIS) terror group called the Allied Democratic Forces (ADF).

“[DRC] President Felix Tshisekedi authorized the deployment of American anti-terrorism experts in the east of the Democratic Republic of Congo,” a statement from Tshisekedi’s office issued August 15 read.

In a mission expected to last several weeks, U.S. forces “will boost the Congolese army’s fight against ADF in the national parks of Virunga and Garamba,” according to the press release. U.S. Ambassador Mike Hammer presented the U.S. special forces team to President Tshisekedi on Sunday. Hammer said the unit’s presence in DRC stemmed from an agreement made between the U.S. and DRC in 2019 to specifically target the ISIS-allied ADF. DR Congo’s government launched a military offensive against the ADF in 2019 but has so far failed to curtail the terror group’s jihadist campaign across the country’s mineral-rich east. 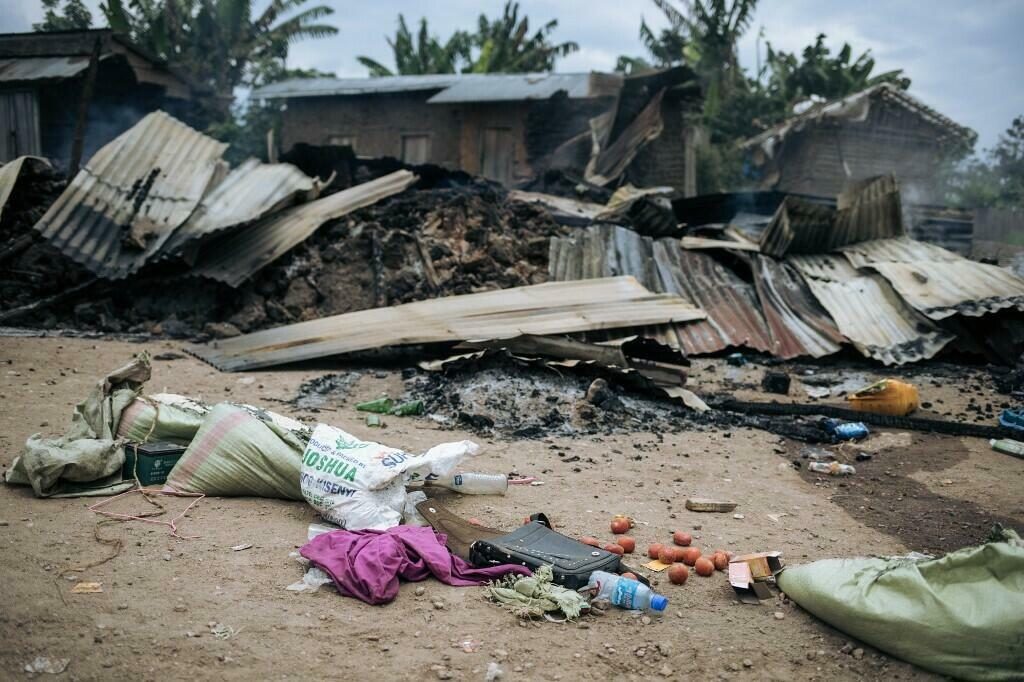 Burnt down houses are seen in the village of Manzalaho near Beni on February 18, 2020, following an attack allegedly perpetrated by the rebel group Allied Democratic Forces (ADF). (Photo by Alexis Huguet / AFP) (Photo by ALEXIS HUGUET/AFP via Getty Images)

Islamic State acknowledged the ADF as an ISIS affiliate in April 2019, though it has existed within DRC as an Islamist militant group since the 1990s. The U.S. State Department designated the ADF as a “foreign terrorist organization” just over a year later in March 2020. The department said in a press release that the ADF was responsible for several terror attacks across Eastern DRC’s North Kivu and Ituri Provinces.

“Under the leadership of Seka Musa Baluku, ISIS-DRC has been notorious in this region for its brutal violence against Congolese citizens and regional military forces, with attacks killing over 849 civilians in 2020 alone, according to United Nations reporting on the ADF,” the statement read. The ADF has adopted barbaric tactics to kill and maim its largely civilian targets. Multiple reports attest to the terror group’s use of machetes, axes, knives, and hoes to hack civilians, including women and children, to death during targeted attacks. A report by the United Nations in June revealed that the jihadis burned innocent people alive by setting their homes on fire and trapping them inside.

“On May 31, ADF simultaneously attacked displacement sites and villages near the towns of Boga and Tchabi, killing 57 civilians — including seven children — who were shot and attacked with machetes,” UNHCR spokesman Babar Baloch told reporters in Geneva, Switzerland on June 4.

“Several others were left wounded and 25 people were abducted, while over 70 shelters and stores were set on fire. In Boga town alone, 31 women, children, and men were killed,” Baloch detailed. 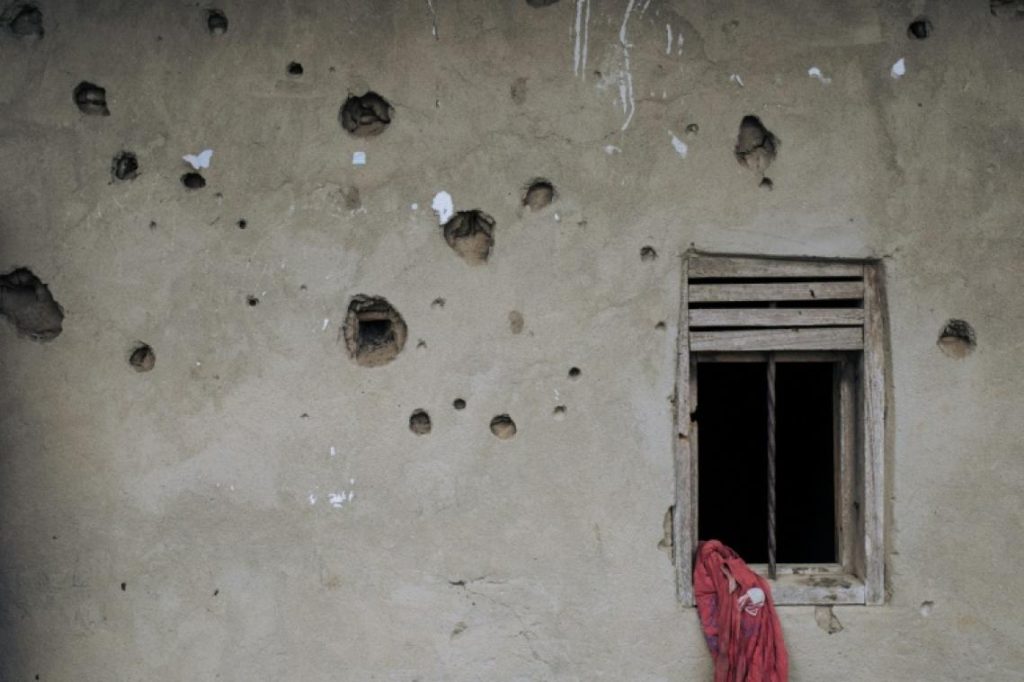 This photograph taken on May 24, 2021 shows the wall of a house riddled with bullets in Nzenga, which has been repeatedly attacked by the armed group Allied Democratic Forces (ADF), Beni Territory, Rwenzori Sector, northeastern Democratic Republic of Congo. (Photo by ALEXIS HUGUET/AFP via Getty Images)

“Bereaved family members told UNHCR partners that many of their relatives were burnt alive in their houses,” the U.N. spokesman said.

The ADF massacred the Congolese village of Mwenda on January 4, using machetes and guns to kill at least 22 civilians.

“We were here when the attack took place,” Meleksedek Kule Mvunga, a farmer who survived the atrocity, told Africa News. “That massacre of 22 people made all the locals flee. When we found them dead, their bodies hacked with machetes, we decided to flee.”

The ADF has killed roughly 6,000 civilians in the DRC since 2013, according to estimates by the country’s Catholic Church.

“A respected U.S.-based monitor, the Kivu Security Tracker (KST), blames it [ADF] for more than 1,200 deaths in the Beni area alone since 2017,” Agence France-Presse reported Sunday.