China Health Minister Ma Xiaowei said Monday the coronavirus appears to be getting stronger and warned of walking “contagious agents” spreading the disease as the death toll increased by 24 to 80.

No other deaths have been reported elsewhere in the world although 56 cases have been confirmed, as Breitbart News reported.

China’s National Health Commission also said that 2,744 people had so far been infected. There were 769 new cases Sunday, compared with 688 recorded the day before.

On Monday, Chinese Premier Li Keqiang arrived in Wuhan, which is the epicenter of the outbreak.

“You are trying every means to save lives,” LI told medical staff at Jinyintan hospital in Wuhan, and one of the designated institutions for treating infected patients. “When you are putting your efforts to save lives, you have to protect yourselves too.”

China Health Minister Ma Xiaowei said the world should stay on its guard for future developments.

“There are signs showing the virus is becoming more transmissible. These walking ‘contagious agents’ [hidden carriers] make controlling the outbreak a lot more difficult,” Ma said at a news conference. “From observations, the virus is capable of transmission even during incubation period.”

A different severe acute respiratory syndrome, SARS, was not contagious during incubation. From 2002-03, SARS killed more than 600 people across mainland China and Hong Kong, and 100 elsewhere in the world.

In Shanghai, the government has stopped businesses from returning to work until 10 February. The ban applies to all companies apart from utilities, medical firms, medical suppliers, and supermarkets. 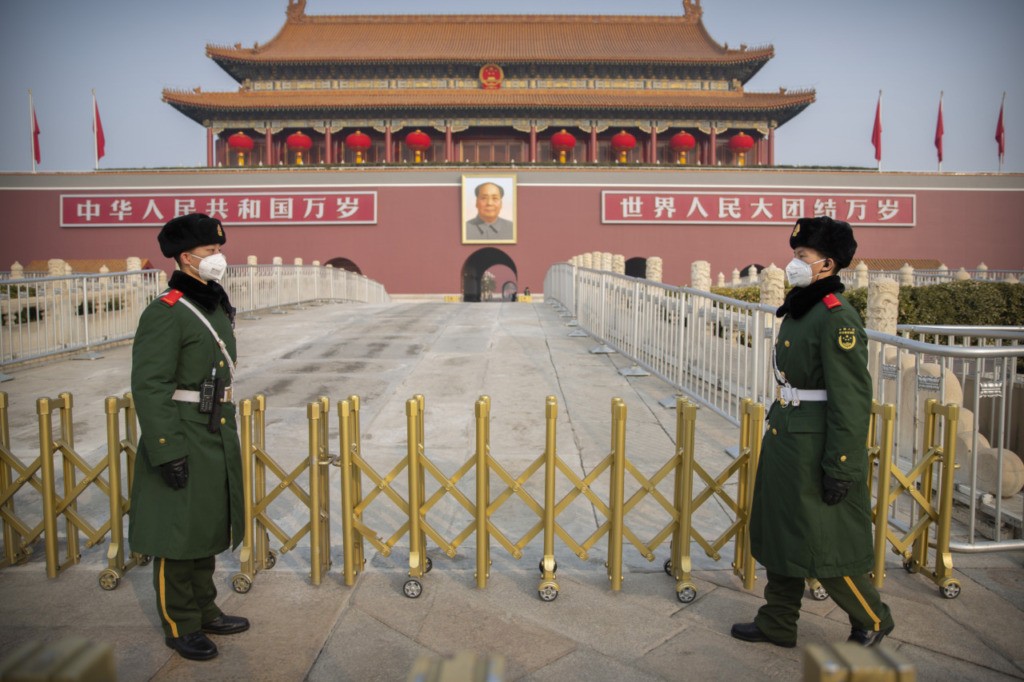 Meanwhile, the director-general of the World Health Organization, Tedros Adhanom Ghebreyesus, is in Beijing to discuss the outbreak with the Chinese government and health experts.

“To get the epidemic under control in Wuhan and the good health of people in Wuhan will be good news for the whole country,” Li told the crowd. “We wish the people of Wuhan a safe, healthy and long life. Let’s go, Wuhan!”

The virus is believed to have originated late last year in a food market in Wuhan that was illegally selling wildlife, Reuters reports.

Chinese researchers believe it may have been transmitted to humans from snakes, which in turn may have got it from bats. Both animals were known to have been sold at the market for human consumption.

UPI contributed to this report