Exactly four weeks after an outbreak in China of the deadly and highly transmissible bubonic plague was described as being “well managed” by the World Health Organization (W.H.O.) and really no cause for concern, Beijing confirmed Tuesday further casualties from the surge in infections.

UPI reports two people died of the disease in the Inner Mongolia autonomous region of China so far in August, as authorities issued a third-level alert in the region and quarantined groups of people who may have made contact with the patients.

The two new cases of the plague were reported in China on Aug. 2 and Thursday, in Baotou city and Bayan Nur city, Urad Front Banner, respectively.

Thirteen people have died of the plague, known as the Black Death in the Middle Ages, across China since 2009.

The bubonic plague is a highly infectious and often fatal disease, “with a case-fatality ratio of 30% – 100% if left untreated,” according to the World Health Organization (WHO).

Symptoms of the bacterial infection, mostly spread by rodents, include a fever, swollen lymph nodes and feeling weak and has been circulating for centuries. 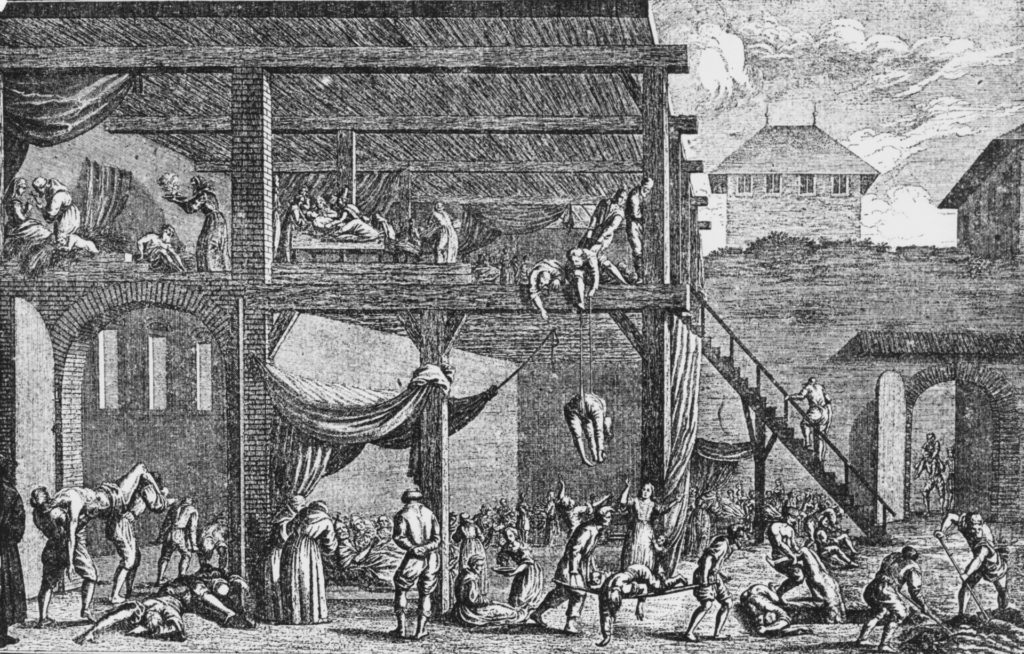 A plague hospital in Vienna during the Great Plague of Vienna, Austria, 1679. The disease, thought to be the bubonic plague, claimed around 76,000 lives. (Photo by Hulton Archive/Getty Images)

As Breitbart News reported, there were four cases of plague in people in the same region last November, including two cases of the deadlier pneumonic plague.

On that occasion the Chinese government blocked the release of all details about the patients, however more details on the latest deaths are coming to light.

The Inner Mongolia Autonomous Region Comprehensive Center for Disease Control and Prevention has issued a Level 3 alert for the two cities and surrounding area. The advisory is expected to be in effect until the end of the year.

Authorities have also sealed off the area where the patients resided and are reportedly testing the quarantined group for the plague. Inner Mongolia has polymerase chain reaction testing capabilities, and funds are being allocated toward plague prevention, according to Xinhua.

Inner Mongolia is also stepping up pest control measures. The plague is believed to spread to humans from fleas and rats. Wildlife including marmots, voles and rabbits can also transmit the plague to humans.

The bacteria can spread among people through droplets, similar to COVID-19.