China’s state-run Global Times newspaper insisted on Thursday that China was not in a “food crisis” nor in danger of famine after two months of devastating floods, a reaction to speculation surrounding dictator Xi Jinping’s abrupt announcement of a campaign to end food waste.

Vast swathes of Chinese farmland lost nearly all their value between June and today as floods overwhelmed the planted crops throughout the center of the country. Heavy rains caused flooding and infrastructure damage in 27 or 31 provinces in the country and affected an estimated 55 million people along the Yangtze River, the continent’s largest at nearly 4,000 miles long. At the peak of the flooding, Chinese officials documented over 400 rivers overflowing. One estimate suggested the floods destroyed 5.28 hectares of farmland (13 acres), causing nearly $1.5 billion in economic losses.

The Communist Party raised additional concerns about its food security in July by making the largest purchase of American corn in its history, 1.76 million tons of the crop. Reports indicated China also bought 129,000 tons of American soybeans and 320,000 tons of U.S. wheat. 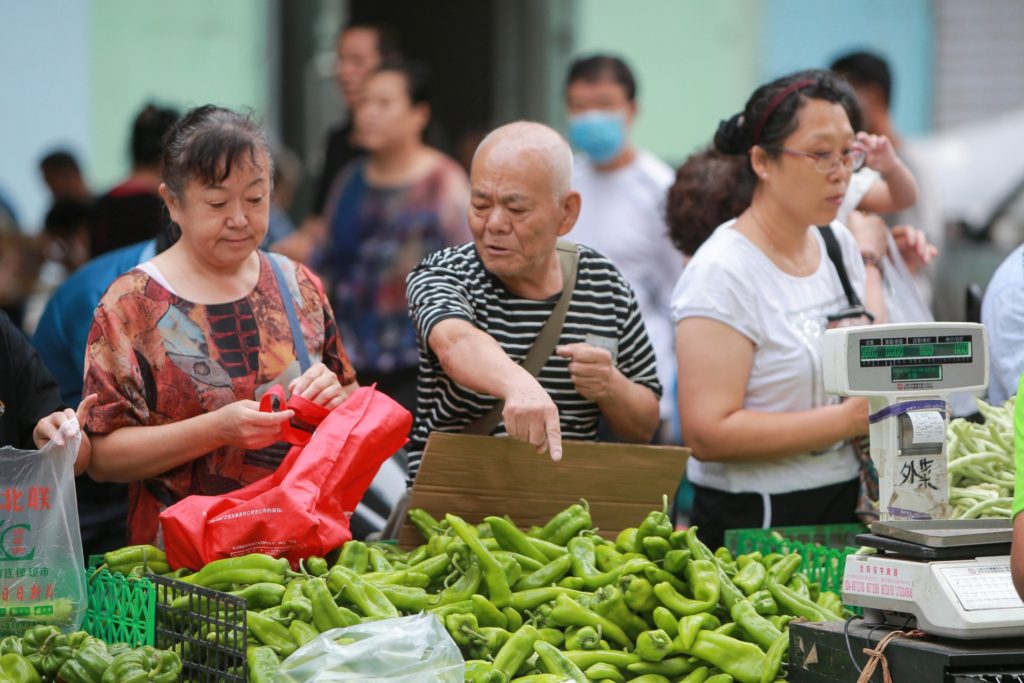 Customers buy vegetables at a market in Shenyang, in China’s northeastern Liaoning province on August 10, 2020. ( STR/AFP via Getty Images)

Promoting the campaign, the Global Times insisted the call to save food had nothing to do with the floods or the destruction of any crops.

“The initiative initially sparked speculation by some media over whether China is in a food crisis,” the newspaper admitted. “Experts say the world indeed faces a food shorage, but for China, the real threat to food security comes more from food wastage than epidemic or floods. ”

“Despite media hype that China is in a looming food crisis, which is worsened by the epidemic, floods in southern China, and food imports, Chinese agriculturalists said the above factors will not lead to a food crisis in China, but that wasting food is an issue that deserves more attention,” the Times assured, citing a government-approved “expert” who claimed that “China’s grain reserves are ample” and that the Chinese coronavirus pandemic did not affect food supplies.

Even in this optimistic analysis, the Global Times cited the Chinese state news agency Xinhua admitting, “floods in the south might have a great impact on grain production, and may cause ‘devastating production cuts and crop failure’ in some areas.”

China’s Ministry of Emergency Management echoed the propaganda newspaper, issuing a statement stating plaining that the floods would have no effect on the nation’s food security.

“Floods this year have caused damage to 6 million hectares of crops in China, including 1.1 million hectares of complete crop failure, mainly located in the middle and lower reaches of the Yangtze River and the Huaihe River,” according to the deputy head of the ministry, Zhou Xuewen. “In East China’s Jiangxi Province, about one third of the crops have been reaped, while neighboring Anhui Province has harvested even more, as floods came later than they did in Jiangxi.”

Zhou claimed that farmers would mitigate this damage through “makeup planting” late in the season and claimed that the floods could “boost the harvest.”

“China’s food security will not be threatened by floods this year,” Zhou affirmed.

The government campaign urging citizens to save food appears to contradict Zhou’s confidence. In remarks on Tuesday, Xi Jinping urged his subjects to embrace “thrift.” 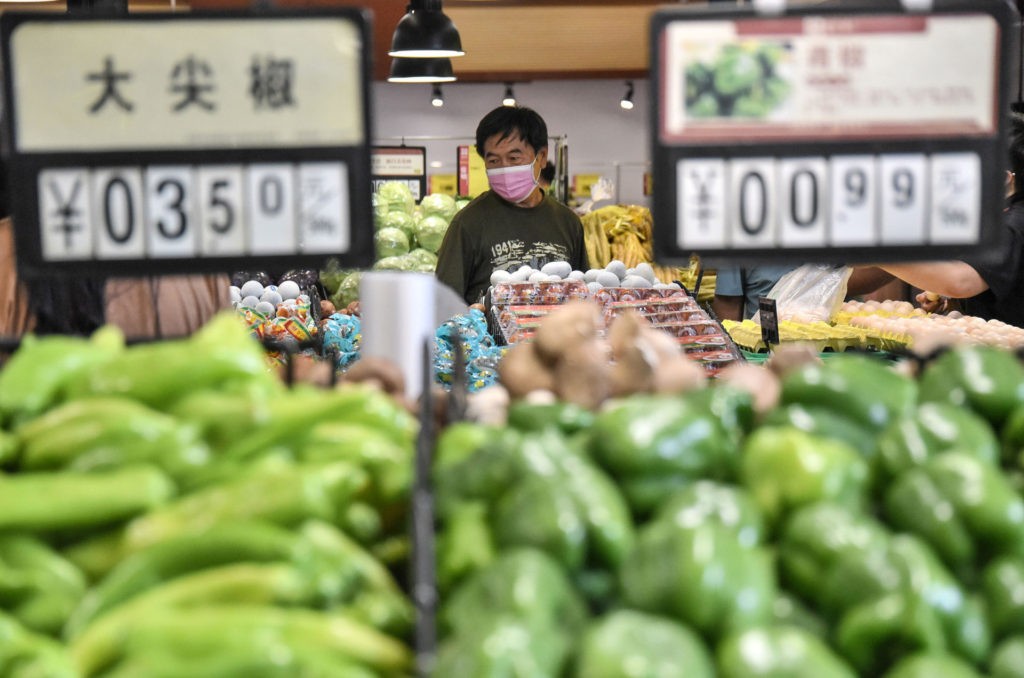 A customer buys vegetables at a supermarket in Handan in China’s northern Hebei province on August 10, 2020.  China’s consumer inflation edged up in July, official data showed on August 10, partly because of rising food prices from flood-related disruptions and as the country recovers from the coronavirus outbreak. (STR/AFP via Getty Images)

“It is necessary to further enhance public awareness of the issue, effectively cultivate thrifty habits and foster a social environment where waste is shameful and thriftiness is applaudable,” Xi reportedly said.

Xi has spoken little about the floods in public, making only cursory appearances at bureaucratic meetings in Beijing to urge local Communist Party members to “brave” the natural disaster, without offering any specific policy. At press time, Xi has not visited any flood-affected areas or offered condolences to the families of the over 150 people missing or confirmed dead as a result of the flooding.

After a difficult July in which Chinese officials admitted that the world’s largest hydroelectric plant, the Three Gorges Dam, had become distorted under pressure from heightened water, the most severe rain has shifted to other parts of the country. Cities like central Wuhan, on the banks of the Yangtze, are slowly attempting to assess the damage of the floods.

Beijing, in the nation’s northeast, is facing what Xinhua called “torrential” rains this week. Sichuan province, on the other side of the country, was forced to evacuate tens of thousands of people this week as the rain began to batter the area on Monday. In Sichuan alone, authorities have documented 14 rivers overflowing.