Established wedding shops in northern India have been forced to sell cremation items in recent months as the Chinese coronavirus pandemic shifts consumer demand from marriage ceremonies to funerals.

“The entire city is witnessing a record number of Covid-19 [Chinese coronavirus] cases and the old city area and area adjoining Chowk are no exception. Although my family is in the business of the wedding items, we are now selling things needed for last rites,” Ankit Agarwal, the owner of a wedding shop in the Chowk district of Prayagraj city, told the Times of India on April 21. Prayagraj is located in northern India’s Uttar Pradesh state.

“This also helps people as there were no such shops in the area and customers had to go to different markets,” Agarwal said of his business’s decision to sell cremation items. 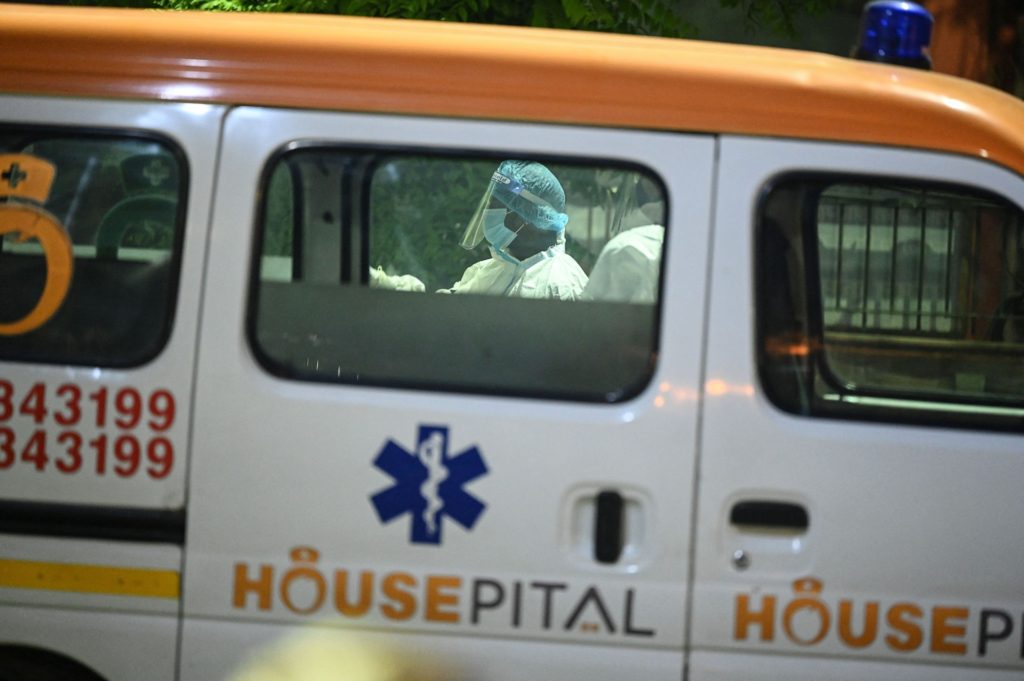 Crematorium staff members stand behind ambulances carrying the bodies of coronavirus victims for a cremation at Nigambodh Ghat Crematorium, on the banks of the Yamuna river in New Delhi in the early hour of April 22, 2021. (SAJJAD HUSSAIN/AFP via Getty Images)

Agarwal’s family-run shop has been established in Prayagraj for several generations and was known locally as a “go-to” wedding boutique prior to the pandemic.

“Another nearby shop too has started selling items needed for cremation,” according to the Times. “Though both the shops still keep items used for marriage ceremony, but the same have been stocked in the backside as the demand is almost zero [sic].”

“We knew these two shops for several decades now and they are famous as ‘one-stop’ shop[s] for all items one needs for marriage ceremonies. The same shops are now selling goods needed for performing last rights,” a Prayagraj resident told the newspaper.

In addition to the two shops in Chowk district, several stores in other areas of Prayagraj have also started stocking cremation items to keep up with the new demand for funeral elements, according to the report.

One of the last rite items sold in Prayagraj’s new cremation shops is a stretcher made of bamboo known as “titti.” A local bamboo craftsman told the Times on Wednesday that demand for the stretchers has increased so much in recent weeks that he cannot keep up with his orders.

“I am not sure if deaths are happening only because of Covid [Chinese coronavirus] or due to other ailments also, but one thing is for sure, despite working from dawn to late night, I am unable to meet the order for ‘titti,”’ the craftsman, identified simply as Nanku, said. 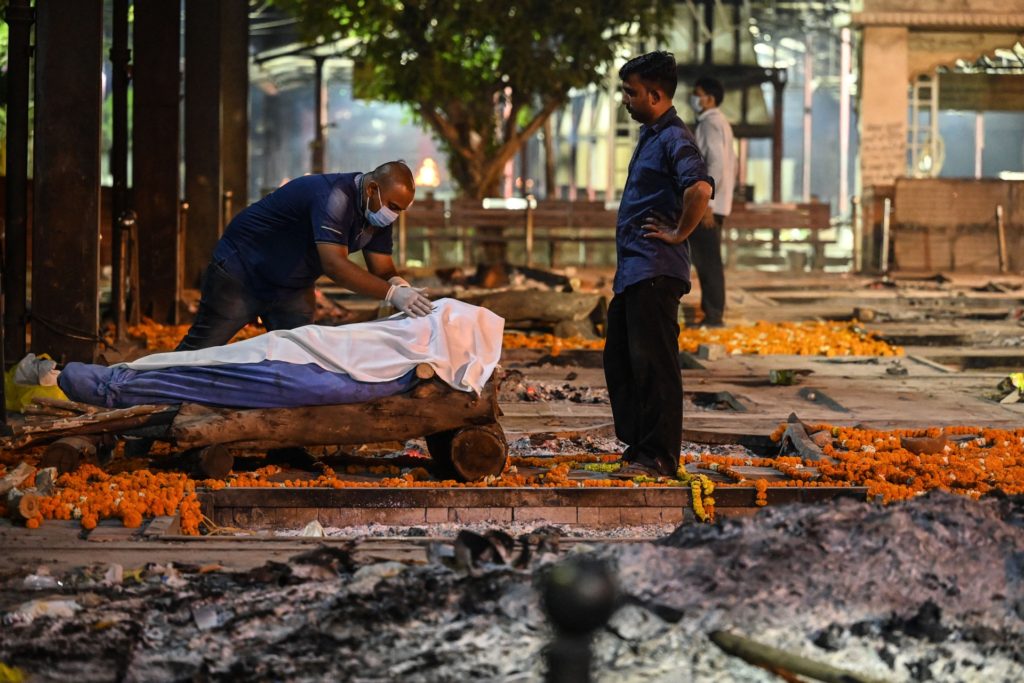 A relative of a Covid-19 victim (L) pays his respect before a cremation on the banks of the Yamuna river in New Delhi in the early hour of April 22, 2021. (SAJJAD HUSSAIN/AFP via Getty Images)

Reuters reported on April 19 that a crematorium in the western Indian state of Gujarat had been working for so long without pause during the coronavirus pandemic that some of its furnaces’ metal parts “had begun to melt.”

The news agency noted that  Indian health authorities have ordered more bodies to be cremated during the pandemic to comply with coronavirus safety protocol, causing the number of cremations nationwide to surge in recent months.

Many of the bodies are cremated without being tested for the Chinese coronavirus, causing vast discrepancies between official coronavirus death tolls and cremation tallies across the country.

“[T]he increase in numbers of cremations had been due to bodies being cremated using COVID [Chinese coronavirus] protocols ‘even if there is 0.1 percent probability of the person being positive,'” a senior Gujurat state health official told Reuters.

“In many cases, patients come to hospital in an extremely critical condition and die before they are tested, and there are instances where patients are brought dead to hospital, and we do not know if they are positive or not,” the official said.