Malaysian rapper Namewee issued a statement Tuesday supporting “democracy and freedom” in response to the Chinese Communist Party banning him from government-controlled social media, a response to his latest song’s mockery of communist online trolls.

The lyrics do not name China but reference its re-education camps, pandas, and Winnie the Pooh, which Chinese dissidents have adopted as a symbol of resistance against dictator Xi Jinping. Xi banned the cartoon bear from China after Chinese commenters began comparing Pooh’s ample, honey-filled belly to Xi’s.

The music video prominently features a dancing panda and a scene in which Namewee stirs a pot of soup while the lyrics reference cats and bats, an apparent reference to speculation at the start of the Chinese coronavirus crisis that consuming these animals resulted in the first human cases of Chinese coronavirus infection.

“You assume the world your enemy … you claim I belong to you,” the performers sing to the “little pink” commenters they dedicate the song to (“pink” is often used to refer to weak communists, who typically use the color red to represent their bloody ideology). “Pardon me for offending, hurting your feelings/fragile self-esteem has broken into pieces,” the song continues.

Namewee’s verses reference a “firewall” – China notably uses an internet firewall to ban pro-democracy or anti-communist content in the country – and “carrying cotton,” which listeners have interpreted as referencing China’s use of ethnic Uyghurs and other Muslims as slaves to pick cotton.

“Stop stealing from the world … you want me to bow

“You’ll be missed if Pooh discovers it,” he sings, suggesting the communist user addressed in the song may disappear from the internet at any time if Xi Jinping’s censors find him on an unauthorized site. As the human rights publication Bitter Winter noted, the song references “Pooh walking ten miles while carrying heavy loads,” apparently mocking Communist Party mythology about the early life of Xi Jinping.

“Talking to you [is] casting pearls to pandas,” the song laments.

The Chinese government blocked Namewee and Chen from Weibo, the largest Party-approved social media platform, following the release of the song two weeks ago. People in China also no longer have access to “Fragile” on any streaming platform and another social media outlet, the Tiktok like Douyin, also banned Namewee.

Namewee addressed outraged pro-communist online trolls yet again on Tuesday, asserting that he did not support Taiwanese or Hong Kong independence – claims his detractors widely circulated – but only because he is Malaysian, though he currently lives in Taiwan. 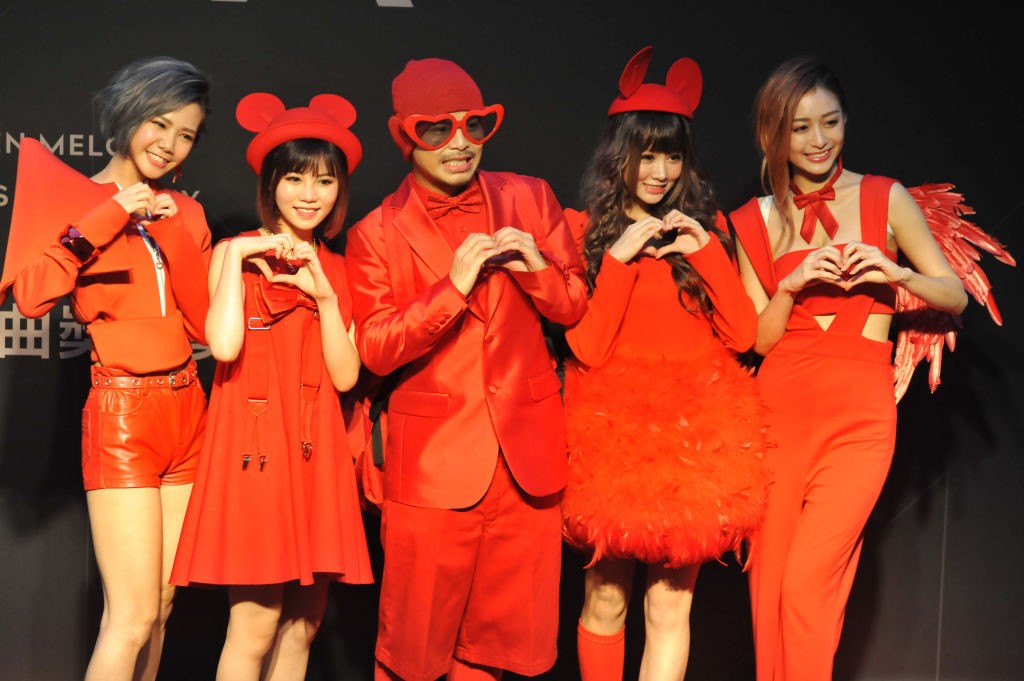 Malaysia’s rapper Namewee and his counterpart arrive to attend the 28th Golden Melody Awards in Taipei on June 24, 2017. (MANDY CHENG/AFP via Getty Images)

“My nationality is Malaysian and I am not qualified to speak on behalf of the Taiwanese and Hong Kong people. But I will definitely stand with democracy and freedom,” the rapper wrote.

He also denied that he meant “Fragile” as an insult to ethnically Chinese people, noting that he himself is of Han background.

“I am Chinese, so am I insulting myself?” he asked. “I have no hatred for the Chinese. I did not go to China to develop my career because of the censorship and restrictions there and I worry they will affect my creativity and my work.”

Namewee’s Weibo ban was at least the second of his career. The platform banned him temporarily in August for a post mockingly advising the Taliban to adopt Communist China’s policies to retain power, among them establishing regime-controlled “news sites, messaging apps, and social media to broadcast official news, and tell the citizens that those criticising them are fake news fabricated by evil foreign powers.”

Namewee spent years outraging the Malaysian government, resulting in multiple arrests for alleged insults to Islam, before moving to Taiwan. In 2016, the rapper released a song with Taiwanese rap group Jiu Yi Yi (911), “Oh My God,” with an accompanying video featuring religious iconography. The song’s lyrics are written from the perspective of a pathetic man with terrible luck who resorts to praying to every existing deity in the hope that one of them will intervene and improve his life.

The unedited music video featured the performers dressed as Jesus, a Buddhist monk, a Taoist, and a Muslim holding a machine gun.

Two years later, Namewee was arrested yet again for “insulting Islam” by publishing a video to celebrate the Lunar New Year. As 2018 was the year of the dog, the video featured dancers in dog masks simulating sex positions. The lyrics largely consisted of inoffensive dog sounds from around the world and well-wishes for listeners. Islam has historically considered dogs unclean animals.

Malaysia also arrested Namewee on other occasions for, among other things, using profane language and using the Malaysian national anthem in a song.

The Chinese Communist Party has an extensive recent record of censoring rappers while attempting to popularize Party-produced hip-hop. The Chinese public has largely balked at government-created songs featuring samples of Xi Jinping speeches and celebrating the history of the ideology in China, where it has killed at least 45 million people. In 2018, China banned rap music from television after, despite rejecting government hip-hop, citizens made the reality show The Rap of China a national smash hit, resulting in fame for underground rappers with no ties to the Party.