Chinese state propaganda newspaper Global Times published a dismissive editorial on Sunday in response to President Joe Biden saying he was considering a diplomatic “boycott” of the 2022 Beijing Winter Olympics, noting that, as long as athletes from America participate, such a move is not a real boycott.

Global Times noted in a joking tone that the absence of politicians at a sporting event does not have any effect whatsoever on the competition.

Biden said he was considering the move – in which American athletes would compete in the Olympics, but members of his administration would not go to Beijing as spectators – in response to rising global demand for the International Olympic Committee (IOC) to relocate the Winter Games or, in the absence of that move, for free countries to boycott the Olympics. The participation of a significant percentage of countries in a true boycott would result in some of the world’s top athletes withdrawing from the Olympics, thus delegitimizing the results.

Calls to boycott the Olympics are a response to a long list of human rights atrocities currently occurring under the Chinese Communist Party. At the top of that list is the ongoing genocide of Uyghurs, Kazakhs, and Kyrgyz people in East Turkistan, an occupied regime China refers to as “Xinjiang.” The dictatorship of Communist Party Chairman Xi Jinping is believed to have imprisoned as many as 3 million members of Muslim minority groups in concentration camps, where survivors say they have endured slavery, systematic rape, extensive torture, forced sterilization, and medical testing consistent with live organ harvesting.

Biden Secretary of State Antony Blinken officially declared the situation in Xinjiang a genocide in March, but Biden is not considering a boycott of the Olympics.

Other human rights atrocities currently underway in China are similar genocidal actions in Tibet, widespread persecution and torture of “illegal” Christian groups, and the ongoing repression of the Falun Gong spiritual movement. Political dissidents – or simply inconvenient thinkers – often disappear into the prison system only to die mysterious deaths.

Adding to the outrage, China disappeared one of its top athletes, tennis star Peng Shuai, this month after she accused a former vice premier of the Communist Party of raping her. Beijing nervously published several undated videos and images this weekend of Peng to attempt to prove that she was healthy and well at home, but the campaign has done little to calm nerves about her status.

Biden described a diplomatic “boycott” of the Olympics in February as “something we are considering” last week.

“Strictly speaking, a boycott of the Olympic Games means banning all of its country’s athletes from participation,” the Global Times observed in an editorial on Sunday addressing both Biden and reports that the United Kingdom may also engage in a diplomatic “boycott.” “‘Diplomatic boycott’ is a roughly man-made new concept by Western politicians, meaning no ban on athletes, but government officials would not attend.”

The Global Times asserted that politicians have no business being at the Olympics, anyway, so such a move would have absolutely no impact on the event.

“Athletes are supposed to be the most crucial players in the Games, not political figures. The only connection between politicians and the sporting event is they may attend the opening and closing ceremonies,” the propaganda newspaper asserted.

“Their attendance can further light up the already impassioned atmosphere, but no more. Wouldn’t we still call the event the Olympic Games even if leaders of a few countries won’t show up? Was the Games ever designed as a show for government officials?”

The outlet went on to note that, given the Communist Party’s woeful inability to control the Chinese coronavirus pandemic, which began in China in late 2019, “the attendance of foreign representatives at the Opening Ceremony of the Olympic Games is thus already limited.” 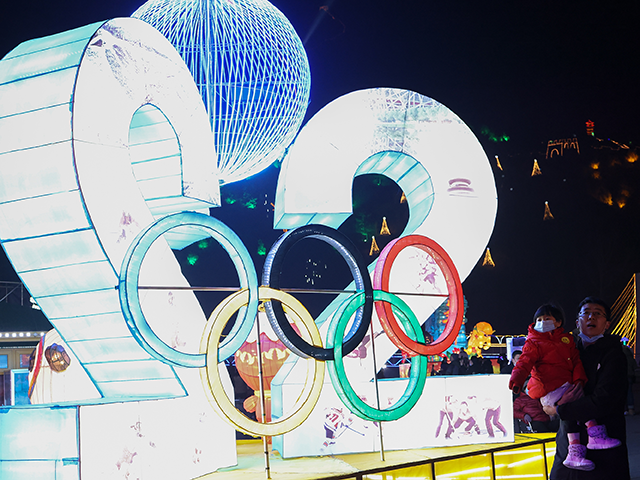 A Chinese regime-approved “expert” called anyone suggesting a boycott of the Olympics a “drama queen.”

“If any politician considers his or her possible attendance at the Winter Olympic Games as a favor to Beijing or a bargaining chip to pile pressure on China while seeking more interests, they will just make themselves look speculative and egocentric,” the Global Times concluded, adding that Chinese people “are confident and open minded enough not to care” either way.

In a separate article on Sunday specifically addressing the U.K.’s consideration of a non-boycott, the Times claimed that the conversation had resulted in “more countries and people around the world [voicing] their support for China,” but only listed the government of Russia among its supporters.

That article, rather than dismiss the diplomatic “boycott,” referred to it as an “evil” move by the United States and quoted a Turkish business leader as condemning Biden for “arrogance against not only the host of the games but the whole world.”

China’s repeated use of its regime-controlled media to attack calls for a boycott indicates some level of concern that human rights activists and allies of victims of genocide may succeed in tarnishing the prestige of the event. On Saturday, the state-run Xinhua News Agency called those seeking a true boycott, unlike Biden, “a serious threat to the ideas and principles upon which the Olympic movement was founded.”

The lack of concrete action from those in power, Xinhua stated, made that threat minimal.

“Despite these ill-considered statements, there has not been a single National Olympic Committee (NOC), sponsor or athlete to withdraw from the Winter Games, which will take place from February 4 to 20,” Xinhua boasted.