“LPG” stands for “Liquefied Petroleum Gas.” Propane and butane are commonly used LPGs in India. Aurangabad district is located in the Indian state of Maharashtra and is home to an estimated 1.6 million people. 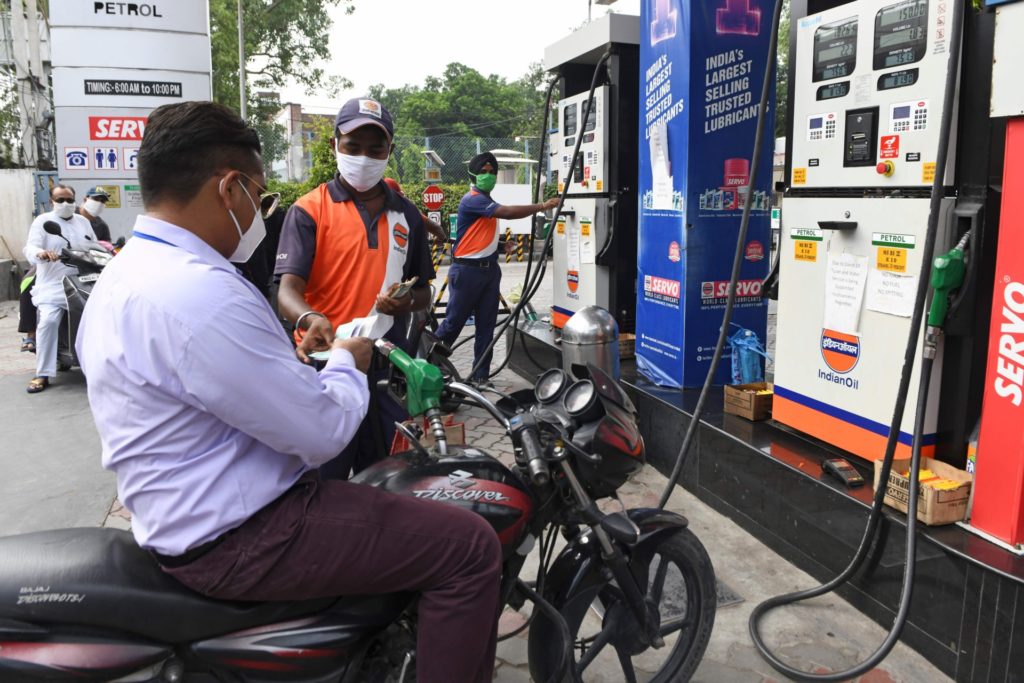 A fuel pump attendant fills a motorbike with petrol at a gas station in Amritsar on June 26, 2020. (Photo by NARINDER NANU/AFP via Getty Images)

“According to the order, only those citizens having taken at least one dose of the vaccine for Covid-19 [Chinese coronavirus] will be able to get groceries from ration shops, gas cylinders from agencies and fuel from petrol pumps,” the Hindustan Times reported.

“If the order is not followed, the administration will take action against the people concerned, under the [Aurangabad district] Disaster Management Act and the Epidemic Diseases Act,” Chavan said.

Aurangabad District Collector Sunil Chavan said his administration chose to impose the vaccine mandates earlier this month after learning that the district had a low coronavirus vaccination rate compared to the rest of Maharashtra state.

“In Aurangabad, about 55 percent of the eligible population in the district have been inoculated so far, compared to 74 percent in the state,” the Hindustan Times observed on November 11. “This has put the district in the 26th place in terms of vaccination among 36 districts in Maharashtra.”

Aurangabad’s Municipal Corporation ordered all managers of government and private offices in Aurangabad city, which is the capital of Aurangabad district, to check the coronavirus vaccine certificates of all people attempting to enter the buildings starting November 9. The Municipal council further directed all operators of gasoline stations in the capital to ask potential customers for proof of vaccination against the Chinese coronavirus starting on November 30 before they are allowed access to fuel pumps.