A U.S.-based research group estimated Tuesday that current air pollution levels in the Indian national capital territory of Delhi shorten the average lifespan by as much as ten years, the Times of India reported.

The Air Quality Life Index by the Energy Policy Institute at the University of Chicago (EPIC) published its latest report on air pollution in India on June 14. The analysis found that India’s ranking as the second-most polluted country in the world after Bangladesh correlates with an overall shorter lifespan for Indians.

“Air pollution shortens average Indian life expectancy by 5 years, relative to what it would be if the World Health Organization (WHO) guideline fine particulate pollution (PM2.5) of 5 µg/m3 was met,” the report stated. 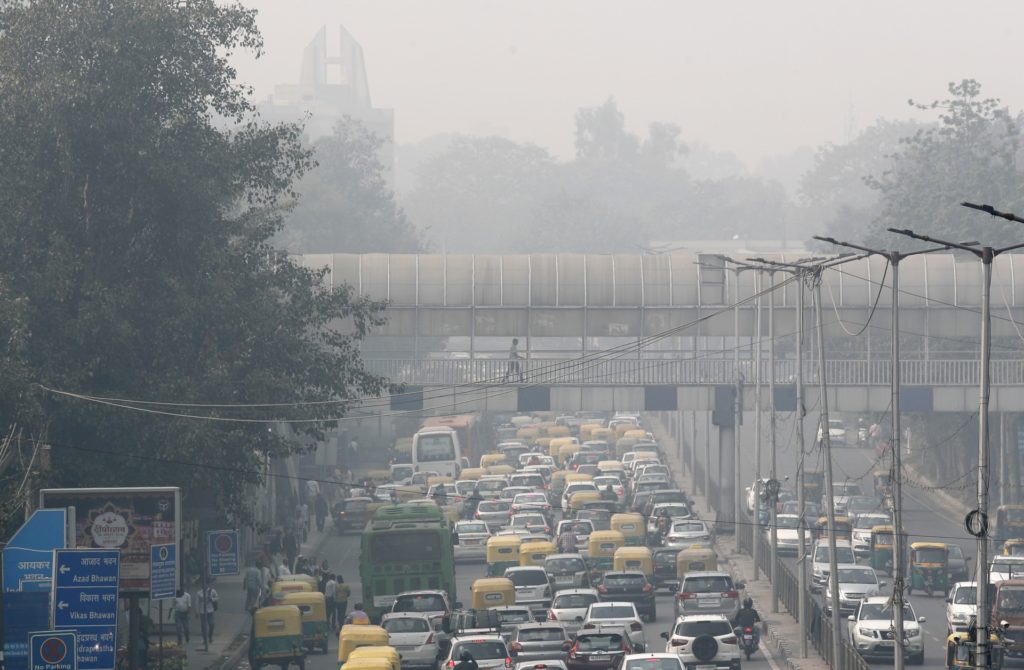 A pedestrian walks on a bridge above vehicle traffic in New Delhi, India, Tuesday, Nov. 12, 2019, as the city is enveloped under a thick smog. The air quality index exceeded 400, about eight times the recommended maximum. (AP Photo/Manish Swarup, File)

“Some areas of India fare much worse than average, with air pollution shortening lives by almost 10 years in the National Capital Territory of Delhi, the most polluted city in the world,” according to EPIC.

Northern India appears to suffer the nation’s highest air pollution levels, with a region known as the Indo-Gangetic Plain demonstrating the most severe life expectancy decreases due to poor air quality, according to the study. The plain’s 510 million residents account for nearly 40 percent of India’s estimated population of 1.4 billion and are currently “on track to lose 7.6 years of life expectancy on average, if current pollution levels persist,” EPIC revealed.

Lucknow is the capital of northern India’s Uttar Pradesh state. Uttar Pradesh borders the Indian national capital territory of Delhi to its east.

Particulate air pollution is the single greatest threat to human health in India, the study concluded, as it reduces the average life span by five years. By comparison, child and maternal malnutrition together reduce the average Indian life by 1.8 years, while smoking causes an average Indian lifespan to shrink by 1.5 years.

“Particulate matter contains microscopic solids or liquid droplets that are so small that they can be inhaled and cause serious health problems,” according to the EPA. “Some particles less than 10 micrometers in diameter can get deep into your lungs and some may even get into your bloodstream. Of these, particles less than 2.5 micrometers in diameter, also known as fine particles or PM2.5, pose the greatest risk to health.”