China’s state-run Global Times on Monday reversed a good deal of spin from Beijing by admitting U.S. demand for Chinese goods is falling sharply enough to damage the Chinese economy.

Previous official statements and state media propaganda have striven to dismiss American actions like the Uyghur Forced Labor Prevention Act (UFLPA), and efforts to “decouple” supply lines from China in the wake of the Wuhan coronavirus pandemic, as trifling inconveniences that would hurt the U.S. more than China.

The Global Times studiously avoided mentioning China’s human rights violations against the Uyghur Muslims or the American response, a law requiring that importers prove goods sourced to the Uyghur homeland in East Turkistan are free from the taint of forced labor.

Instead, the Chinese paper solely blamed “runaway inflation” for “increasingly weak consumption” in the U.S., which is forcing Chinese companies to reduce their production capacity.

After citing a University of Michigan survey that found record-low consumer sentiment in the U.S. after a year and a half of President Joe Biden’s policies, the Global Times blamed the “dismal” outlook of American consumers for a 36-percent drop in container shipments from China to the United States.

“Although US inflation continues to cast a shadow on China-U.S. trade, industry insiders and experts are cautiously optimistic about the whole-year bilateral trade,” the Chinese paper added.

The Global Times also sought to reassure its domestic readers that Chinese exporters have diversified their customer base enough to cushion the blow from slipping U.S. demand. For example, one exporter said the U.S. only accounts for a “small proportion” of his global market share for Christmas items.

Joe Biden announced a 24-month exemption of tariffs on solar panels from four southeast Asian nations suspected to be made in China. https://t.co/33EwRDtTqr

CNBC on Monday suggested the slowdown in the U.S. housing market after interest-rate hikes is “now showing up in the Asian supply chain data too,” especially for items like home appliances and do-it-yourself supplies.

“We have seen a major slowdown in furniture and home decoration especially in China and Vietnam because importers are heavy in stock,” Seko Logistics senior vice president Akhil Nair said.

CNBC’s analysts also pointed to ongoing supply-chain snarls from Shanghai’s grinding coronavirus lockdown, and ongoing rail delays at ports on the U.S. West Coast, for causing a logjam of previously ordered products that could make importers with high inventory nervous about placing new orders. The more optimistic industry analysts expected demand to pick up toward the end of the summer as the school and holiday seasons approach.

Steve Orlins, president of a corporate association called the National Committee on U.S.-China Relations, told Forbes on Monday that U.S. trade actions like the UFLPA might be hitting China harder than its government wants to admit, but the overall trade relationship between the U.S. and China is “better than the headlines.”.

“[Chinese coronavirus] and a variety of Chinese government policies have caused companies that are in China and using China as an export base to diversify somewhat. None are leaving, but they’re sourcing from other places outside of China, even though it means a higher cost and less efficiency,” Orlins said. 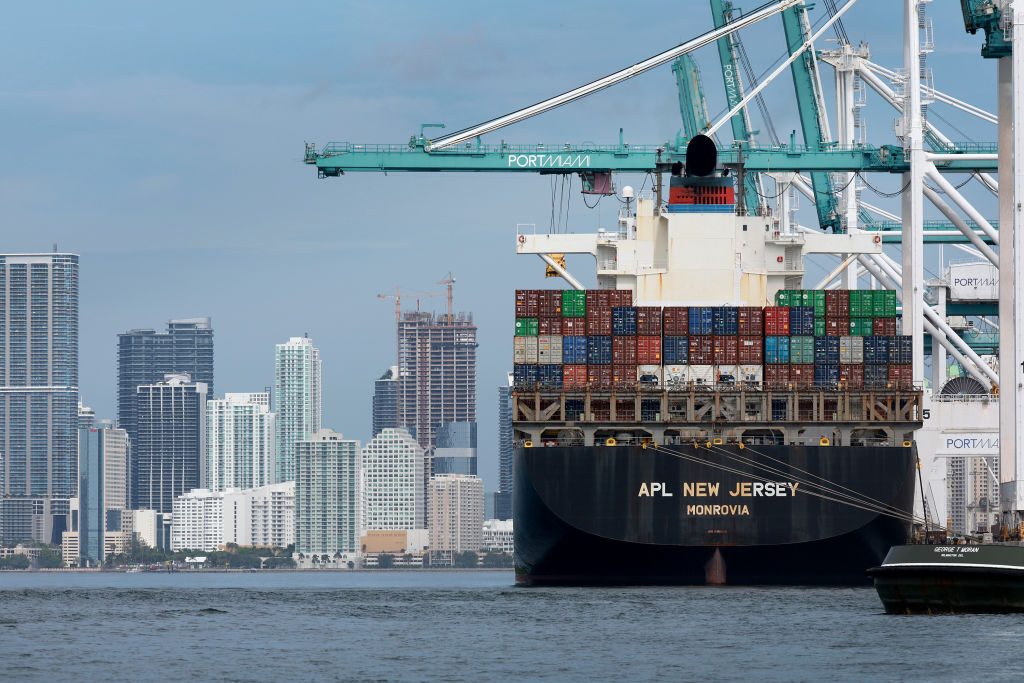 “But those who are ‘in China for China’ are there to stay,” he continued. “The lockdown in Shanghai has, at most, stalled their investment plans, but none are thinking about pulling out. They still see it as integral to their global expansion plans. For many of them, it’s the most important market in the world.”

Orlins said a lingering question is “whether China retaliates” for the UFLPA, and “who it retaliates against.” One possible target for retaliation is solar power, which is heavily dominated by the Chinese.

“What does it mean for America’s solar industry, which is critical for creating an alternative source of energy? Will that put the folks who advocate for alternative energy sources at odds with those who want a more aggressive human rights approach from the U.S. government?” he mused.