Indonesian President Joko Widodo, commonly known by the nickname “Jokowi,” said on Friday after meeting with the leaders of Ukraine and Russia that the situation between them is “still very difficult.”

Jokowi met with Ukrainian President Zelensky in Kyiv on Wednesday, then traveled to Moscow for a meeting with Russian President Vladimir Putin on Thursday.

Jokowi was the first Asian leader to try acting as an intermediary since Russia invaded Ukraine in February, and since Indonesia will host the annual G20 summit in November, he seemed well-positioned to make the attempt.

Putin has been shunned from many international gatherings since he launched the attack on Ukraine, but he reportedly intends to be at the G20 meeting. Jokowi in April invited Zelensky to attend the summit as a guest, probably by video link.

“The Indonesian constitution mandates to contribute to the creation of world peace. It is in this context that I visited Kyiv and Moscow,” Jokowi explained via Twitter on Friday. 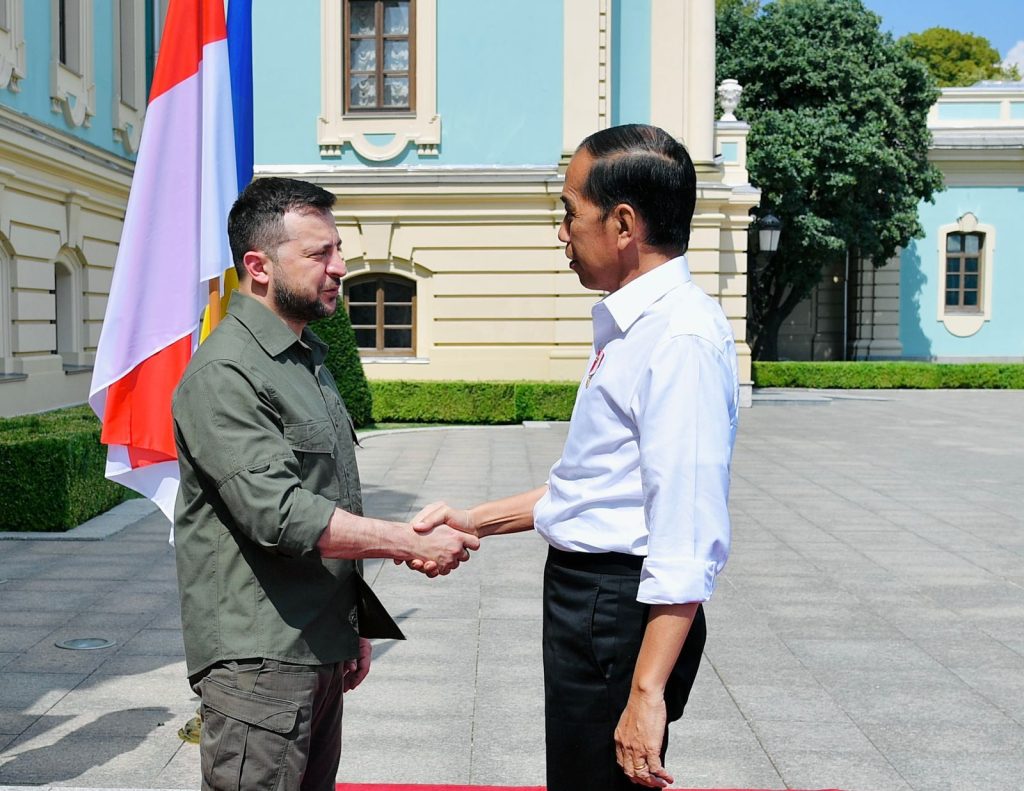 “The current situation is still very difficult, but it is important to continue to promote a peaceful settlement and open spaces for dialogue,” he said.

The Indonesian president offered to convey a message from Zelensky to Putin after he met with the former in Kyiv on Wednesday. He also publicly repeated his invitation for Zelensky to be a guest at the G20 meeting.

On Thursday, Jokowi said Zelensky did indeed give Jokowi a message to bring to Putin, but its contents were not disclosed to the press. He offered to serve as a “bridge” for communication between the two going forward.

Jokowi said he discussed the impact of the war on global food supply chains with Zelensky and Putin in their respective meetings. He said Putin gave him the “good news” of a pledge to “provide security guarantees for food and fertilizer supplies from both Ukraine and Russia.”

“Food and fertilizers are a humanitarian issue,” he said after meeting with Putin on Thursday. “Hundreds of millions of people have been affected by disruptions of the food and fertilizer supply chains — particularly in developing nations.”

Russian state media reported Putin told Jokowi that Russia is “ready to fully satisfy the demand of agricultural producers from Indonesia and other friendly states for nitrogen, phosphate, potash fertilizers and raw materials for their production.”

Putin, however, also blamed Western sanctions for “grabbing food from global markets,” rather than Russia’s invasion of Ukraine or its Black Sea blockade.