Hu Xijin, the influential former editor of China’s state-run Global Times, on Wednesday suggested Chinese forces should “restrain” and “punish” U.S. House Speaker Nancy Pelosi (D-CA) if she follows through with a planned visit to Taiwan next month.

Hu advised the Chinese air force to commit an act of war by shadowing Pelosi’s plane all the way down to the tarmac in Taipei.

Hu made these threats on Twitter, a platform forbidden to the captive Chinese people by their authoritarian government, but routinely used by Communist officials and their favorite mouthpieces to spread propaganda in the free world:

My suggestion to Chinese govt&military: If Pelosi visits Taiwan, PLA military aircraft will accompany Pelosi’s plane to enter the island, making a historic crossing of the island by military aircraft from mainland for the 1st time. Its significance would overwhelm Pelosi’s visit. pic.twitter.com/Hiv6pMFOwO

Biden is supposed to have the ability to prevent the reckless visit of Pelosi, rather than "I don’t know what the status of it is." If the US can't restrain her, let China restrain her & punish her. PLA Air Force will surely make her visit a disgrace to herself and to the US.

Chinese mainland will not confirm in advance how to counter Pelosi's provocation either. But the US and Taiwan authorities will definitely pay a high price for her visit. This will be ultimately a military game, a good show full of suspense. pic.twitter.com/wQZ84TmIDz

Chinese warplanes make frequent incursions into Taiwan’s Air Defense Identification Zone (ADIZ), which is essentially the buffer around a country’s protected airspace. Beijing apparently hopes to exhaust and demoralize the much smaller Taiwanese air force by obliging it to respond to these constant ADIZ penetrations, a tactic known as “grey zone” warfare.

Hu was suggesting Chinese warplanes directly threaten Pelosi’s aircraft and follow it all the way through the ADIZ and into Taiwan’s airspace — which, as he noted, would be an unprecedented provocation.

If the belligerent Chinese tyranny followed Hu’s advice, it could easily provoke a shooting war, although he seemed to believe China could win a “military game” of brinksmanship by conducting its provocations without a response from the Taiwanese or American air forces.

The Biden administration has been characteristically weak and mush-mouthed about Pelosi’s possible visit, giving Hu the opening he gleefully exploited with his tweets. Hu mocked President Joe Biden himself for mumbling on Wednesday that “the military” does not think Pelosi’s trip would be “a good idea right now,” but claiming he did not “know what the status of it is.”

Pelosi stewed over this uninspiring show of support from Biden in silence for over 24 hours before venturing that she thinks the Pentagon is “afraid our plane would get shot down, or something like that, by the Chinese.” She added that Biden has not spoken with her in person about her plan to visit Taipei.

Pelosi insisted her trip, the first visit to Taiwan by a House Speaker since Newt Gingrich made the journey in 1997, is still a good idea.

“It’s important for us to show support for Taiwan,” she said. 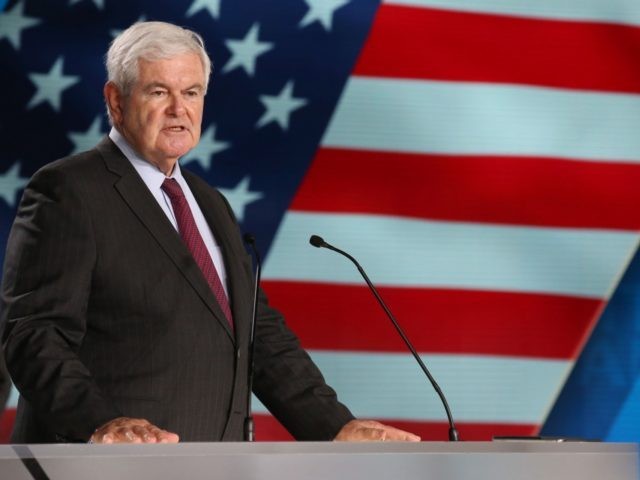 Newt Gingrich, former Speaker of the House on June 30, 2018, in Villepinte, north of Paris. (ZAKARIA ABDELKAFI/AFP via Getty Images)

“None of us have ever said we’re for independence when it comes to Taiwan. That’s up to Taiwan to decide,” she added, alluding to China’s accusations that the U.S. government supports Taiwanese “separatists.”

“I don’t always agree with her, but on this one I applaud it,” agreed the ranking Republican member of the House Foreign Affairs Committee, Rep. Michael McCaul (R-TX).

“It’s important that we show up in Taiwan and demonstrate to China that we are supportive. That’s a very strong statement for a speaker to go to Taiwan,” McCaul said. 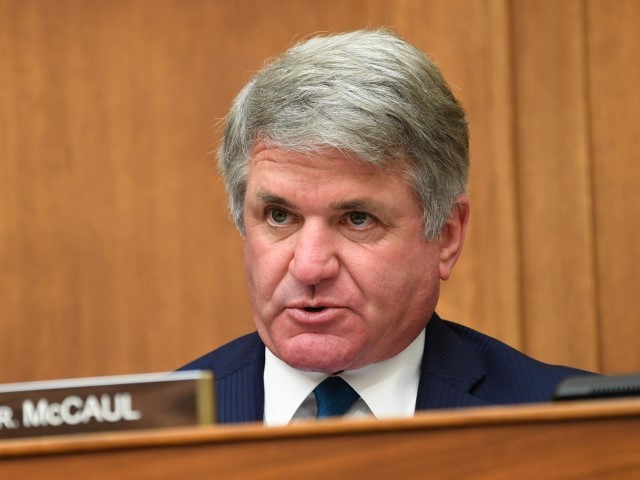 Former Secretary of Defense Mark Esper paid a visit to Taipei himself on Thursday, and took the opportunity to say Washington should not “allow China to dictate the travel schedules of American officials.”

“The simple fact that we’re worried about what China may or may not do with regard to the speaker of the House visiting is a case in point that we need to relook [at] our policy,” Esper said.

Even before Hu Xijin explicitly threatened to use military force to block Pelosi’s visit, the Chinese Foreign Ministry threatened to “take forceful measures to resolutely respond and counter it.”

Pelosi’s visit to Taiwan was originally scheduled for April, but she postponed it after testing positive for the Wuhan coronavirus.

The Financial Times on Tuesday quoted “six people familiar with the situation” who said Pelosi is now planning to lead a delegation to Taiwan in August.

Three of those sources said the White House has privately “expressed concern” about Pelosi making the trip, especially sandwiched between the August 1 anniversary of the foundation of China’s People’s Liberation Army (PLA) and the Chinese Communist Party’s 20th Congress, which will be held sometime in the fall. Dictator Xi Jinping is expected to claim an unprecedented third term in power at the Party Congress, an event during which the Chinese Communists will strive to present absolute economic and military power.