The SHOTShow officially began this morning around 8:30amPDT, with a large group of eager attendees ready to storm the exhibit halls. The media room opened an hour earlier and is full of well-caffeinated media, courtesy of Nissan. The SHOTShow is the Shooting Hunting Outdoor Trade Show and it is put on by the NSSF, the National Shooting Sports Foundation.

The NSSF provides the media with this nifty little booklet, probably for the mainstream media and democrat politicians so they can properly identify and write about all the things they might see at the show…things like “bullets” “flash suppressor” and “muzzle loader.”

I had a chance to look over some fine Kahr pistols and was particular interested in their Desert “Baby” Eagle. They also had some nice 9mm compacts in their line, since I am in the market for new 9mm conceal gun. 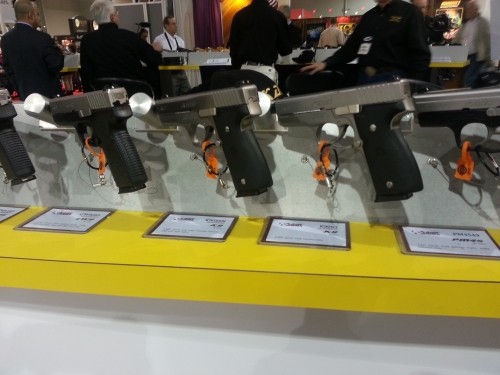 I always make it a point to visit the greatest shotgun manufacturer in the world, Perazzi.  (Italians make the best shotguns and Perazzi makes the best Italian shotguns. DISCUSS) Sadly, Santa did not bring me this: 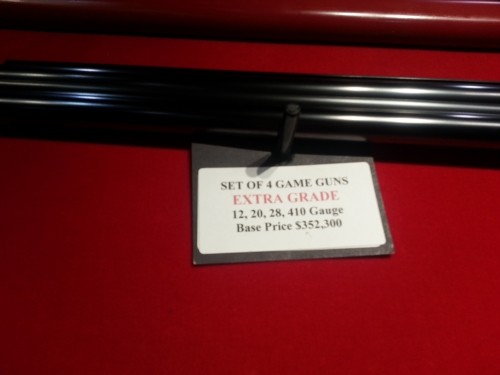 Since I am not a hunter, I’d probably be happier with Perazzi’s MX2000 trap combo:

There is 12.5 miles of exhibits here at the show.  And the NSSF has thought of everything:

I’m heading back to the exhibit hall to see some more goodies!