Governor Abbott signed the bill before legislative leaders and gun rights activists at Reg’s Indoor Gun Range in Pflugerville, Texas, a suburb of Austin. Following the ceremony, the Governor took the opportunity to unload a magazine of 9 mm rounds into a paper target. 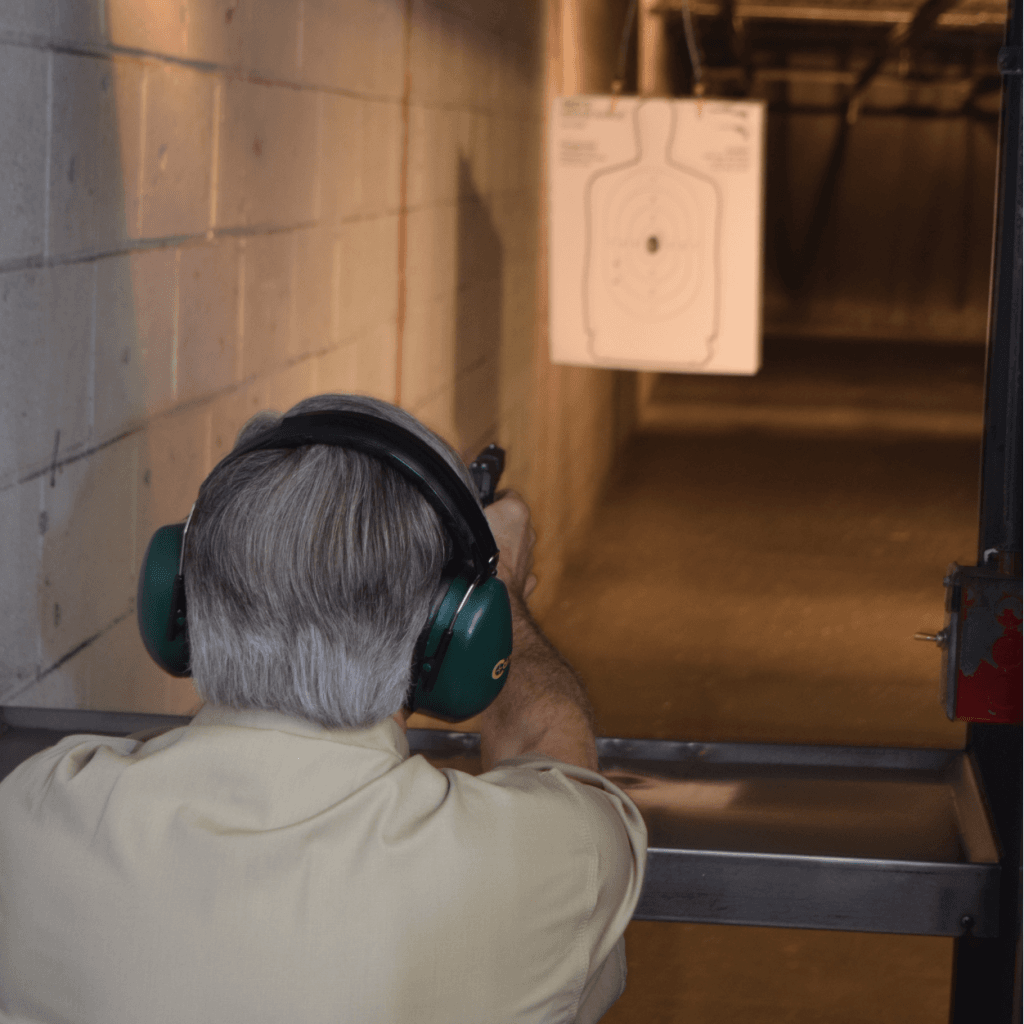 “Why today is possible,” Abbott began in his remarks, “is because we have legislators who stepped up, did the right thing, crafted legislation, collaborated to get the votes that were needed to expand gun rights in the state of Texas.”

Abbott thanked State Representative Larry Phillips (R-Sherman), who authored HB 910 and Senator Craig Estes (R-Wichita Falls) who sponsored the Senate version of the bill. He also thanked Rep. Allen Fletcher (R-Cypress) and Rep. Ryan Guillen (D-Rio Grande City). Fletcher was the author of the House version of the Campus Carry Bill and guided the Senate version written by Sen. Brian Birdwell (R-Granbury) through the House. Fletcher’s actions kept the bill from dying minutes before the final deadline for passage by the House.

Abbott said he will be signing the Campus Carry Bill (SB 11) into law later today at another location.

The Governor described the concept of genius as it relates to leaders making comments that are as true today as they were when they were said. He said the 2nd Amendment and comments from great American leaders were, and remain, expressions of genius.

He quoted President George Washington first: “President Washington said ‘that a free people should not only be armed and disciplined, but they should have sufficient arms and ammunition to maintain independence from any who might attempt to abuse them.'”

“Thomas Jefferson said that ‘laws that forbid the carrying of arms disarm only those who are not inclined to commit crime,'” the Governor continued.

He concluded with Ronald Reagan’s famous quip: “‘I happen to know from personal experience that those who seek to inflict harm are not fazed by by gun control.'”

“They understood the imperative of the 2nd Amendment, and so do we,” Governor Abbott stated. “We understand that the Constitution matters. Every single word of it and every single component of the Bill of Rights.”

“Today is a day when Republicans and Democrats are united saying that we will live up to the promise of the Bill of Rights of the United States Constitution — including the 2nd Amendment,” he stated proudly. “The right of the people to keep and bear arms shall not be infringed.” 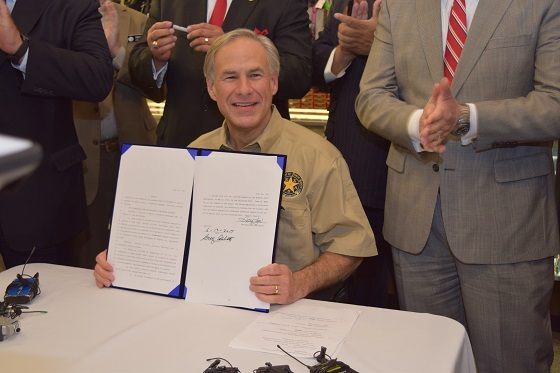 “Today I am proud to expand liberty in the Lone Star State,” said Governor Abbott. “By signing these bills into law, Texans can be assured that their Second Amendment rights will be stronger and more secure than ever before.”

Senator Estes told Breitbart Texas, “I think it’s a great day for all Texans. It makes Texans safer.”We know that our concealed carry licensees will, as they become eligible to open carry, will use their best judgement in every situation.”

“What happens,” he explained, “is that’s the legislative process. There are speed bumps along the way, but at the end of the day, we had overwhelming support for this legislation.”