Mexican soldiers seized 29 Aloe Vera bottles filled with liquid methamphetamine that were being shipped in a passenger bus to a border city.

After the seizure Mexico’s Attorney General’s Office (PGR) kicked off an investigation into the origins of the shipment.

According to information provided to Breitbart Texas by the PGR, the seizure came as part of a routine inspection of a passenger bus at one of the stops in the rural community of La Coma.

La Coma is a small community located between Ciudad Victoria and the northern cities of Matamoros and Reynosa.

“Upon inspection  they found two cardboard boxes filled with 29 plastic bottles with 29 liters  of liquid all dully signed with their transit numbers,” the information in Spanish provided by the PGR revealed. 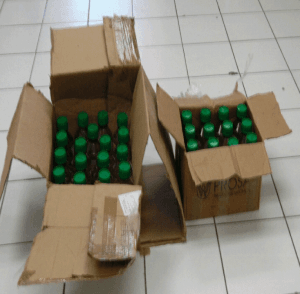 A close inspection of the bottles revealed that they were not filled with Aloe Vera as advertised but in fact were filled with liquid meth at which point the soldiers seized them and turned them over the PGR for further investigation. 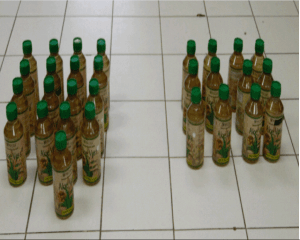