A call for a Global Rally for Humanity to stand against Islam did not produce much action nationally, but at a Texas mosque, a small group of individuals protesting Islam stood face-to-face with Islamic supporters outside one Mosque. Both sides held signs and engaged in peaceful protest.

A dozen or so protesters, some armed, gathered outside a mosque in Richardson, Texas, in response to a national call of protest from a Facebook group called the Global Rally for Humanity. The group had called for a national day of protest against Islam.

Some of those protesters openly carried rifles and shotguns, as is their right to do in Texas. “We are armed, and we are not going to take it lying down,” protester David Wright told CBSDFW reporter Gabriel Roxas. “We will fight back. Self-defense only, of course, but if they come at us, we’re ready.” 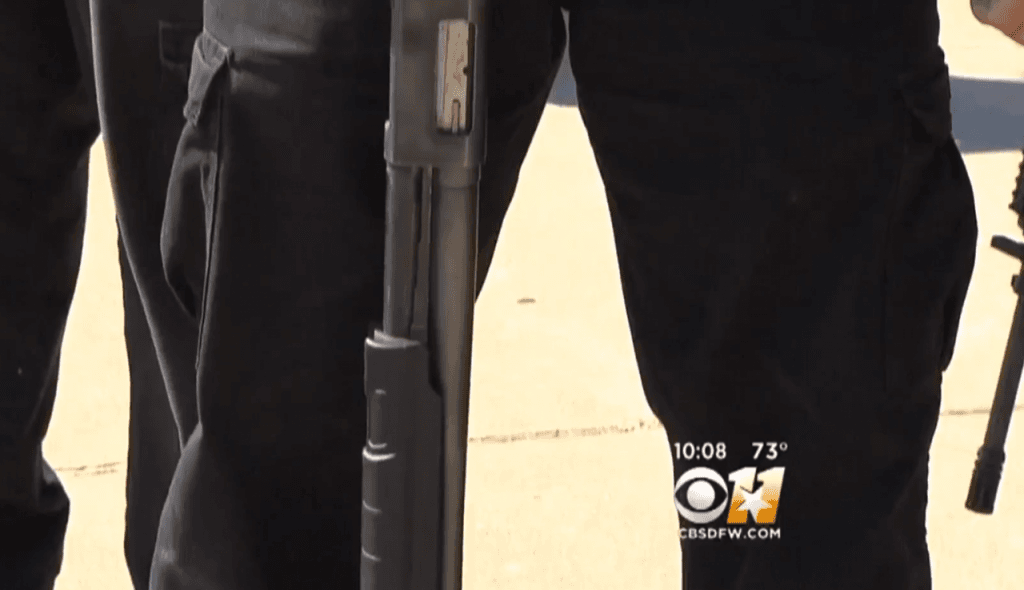 He told the local CBS reporter he was there to bring awareness. “Even my own friends and family, some of them don’t understand it. They don’t realize what’s going on.”

Richardson police were on hand with a show of force calculated to keep the peace. Just a few feet away from the anti-Islam protesters stood a group of pro-Islam supporters also carrying signs, but not appearing to be armed. 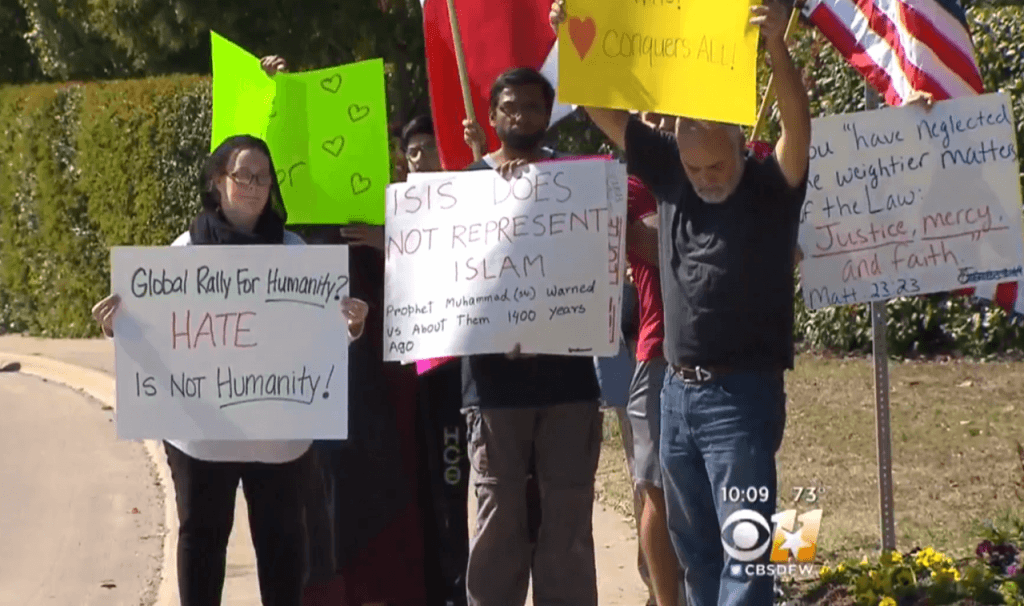 One of the anti-Ilsam protesters told Roxas she felt the tension between the two groups of protesters. “They have been glaring at me very evilly all day long walking up and down the fence, especially me, probably because I’m a woman and I’m holding a sign that says, ‘Mohammad was a pedophile,’” a woman who identified herself only as Tiffany told Roxas.

In Houston, Islamic groups prepared for protests that never came. Last week, the Council on American-Islamic Relations (CAIR) sent out a national message to Islamic groups urging they take safety precautions, according to a KTRK report by Christine Dobbyn. The Houston CAIR director, Mustafaa Carroll said they were encouraging their community leaders to take video of any protesters.

“They have a right to protest anywhere. I just wonder if 200 Muslims showed up at a church and protested what would happen. You have a right to do it but is it the right thing to do. What purpose are you serving when you do it. I don’t think people have even thought about that. They’re playing right into the hands of Isis, Al-Qaeda etc.”

Other protests were expected across the Lone Star State, but so far, none of those have materialized.

Note: This article has been updated. The article incorrectly identified Tiffany as a pro-Islam supporter. It has been corrected to say she was an anti-Islam protester.