CIUDAD VICTORIA, Tamaulipas — The raging war between two factions of Los Zetas continues in this city as five severed human heads have been left behind in two separate cases this week meant to spread fear terror.

The most recent case of narco-terror took place on Tuesday evening outside of a local elementary school in the Tamatan neighborhood when a group of cartel gunmen left two ice chests and a large narco-banner. 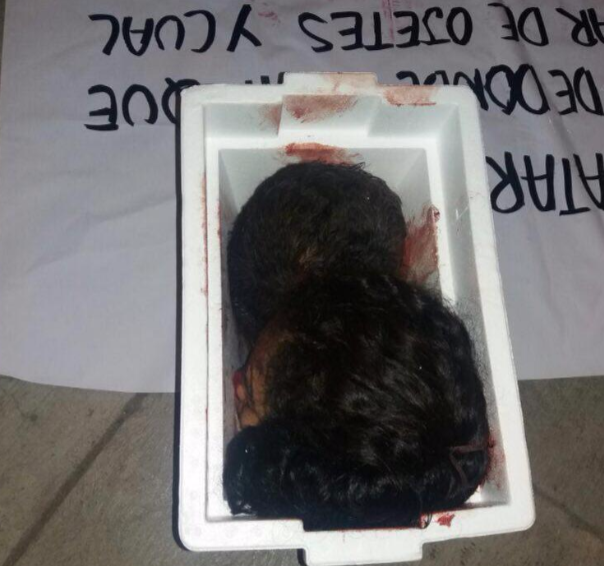 The ice-chests contained the severed heads of two women and one man. The banner was signed by the Los Zetas faction calling themselves Grupo Bravo and delivered a series of threats to their rivals as well as a warning to stop murdering innocent bystanders. 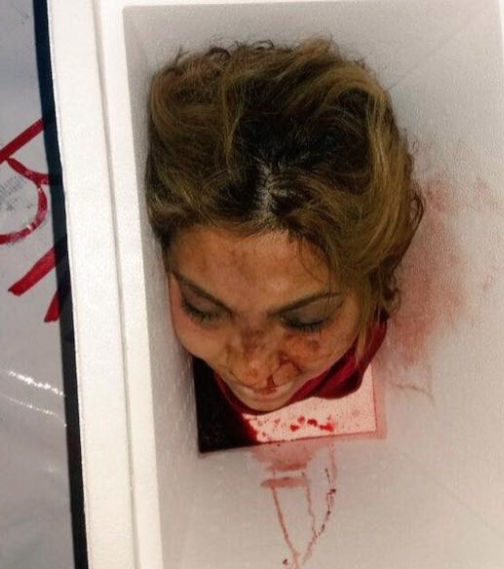 Just one day before Grupo Bravo left the three heads near the school, they had delivered two other heads near a rural community and left a similar threatening message, Breitbart Texas reported. In that message Grupo Bravo claimed that the two heads in that ice chest belonged to two cartel lookouts from their rivals Cartel Del Noreste or CDN. Cartel lookouts are typically stationed on strategic points along main roadways to serve as the eyes and ears for cartel gunmen by warning them about the movement of military vehicles as well as any incursions by rival cartel gunmen.

As Breitbart Texas previously reported, two factions of the Los Zetas Cartel have been fighting for control of Ciudad Victoria, the state capital of Tamaulipas. Despite the government’s efforts to minimize or conceal the violence, cartel members have been carrying out a series of gruesome executions that include beheadings, dismemberments and multiple shootouts that have killed or injured several innocent bystanders.