Breitbart Texas reported in January of last year that Abbott called on Texas to join other states in calling for an Article V Convention. 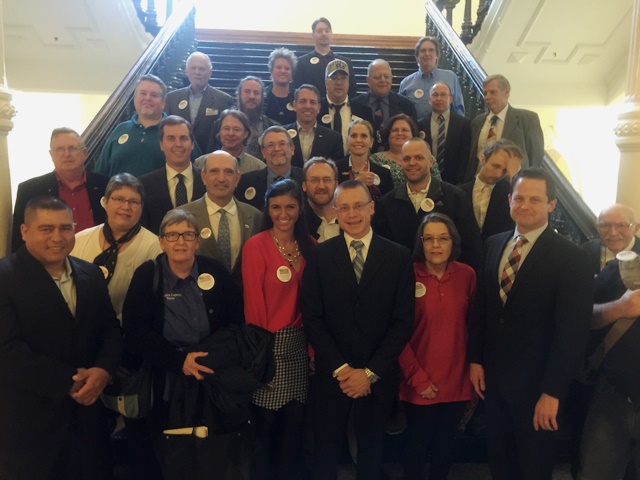 The governor has a 100-page “Texas Plan” which he says “fixes this government run amok” and “returns lawmaking to the process enshrined in the Constitution.” His step-by-step roadmap sets out how “We the People” can go about adding new amendments to the U.S. Constitution.

Article V of the U.S. Constitution allows for a Convention of States to restrict the power of the federal government.

The Texas Governor says his proposed amendments are intended to reinforce the constitutional amendments that are already there. Prior to becoming governor, Abbott was the longest serving attorney general in the Lone Star State. He served as a justice on the Supreme Court of Texas and a state district court judge before that.

He told legislators and others during his address that the proposed amendments could include restoring the Tenth Amendment, term limits, a balanced budget, and an amendment that reins in federal regulation.

When he announced his support for Convention of States legislation during a speech early last year, Abbott said,l“Our government was founded on the rule of law rather the caprice of man. That rule of law flows from our Constitution.” He charged, “That Constitutional foundations is now so often ignored that the Founders would hardly recognize it.” “Until we fix that foundation by restoring the rule of law all the repairs we seek through the policies you propose will never lead to lasting solutions,” he explained. The Texas Legislature meets every other year. Abbott called the U.S. Supreme Court a co-conspirator in abandoning the Constitution.

It takes two-thirds of the states to call a Convention of the States, and it requires 38 states to pass the measure.

During his State of the State Address on Tuesday, Abbott received roaring applause when he said a Convention of States to propose amendments motivates “hundreds of thousands of Texans.”

More than 400 COS Texas volunteers were seated in the House Gallery for the governor’s address. They represent the more than 112,000 state volunteers in every legislative district.

Tamara Colbert and Paul Hodson, co-directors for the organization told Breitbart Texas, “Texas is one of 16 states with active and identical, COS Resolutions, HJR39 and SJR2. These resolutions seek an amendment proposing Convention of the States to curb the federal government’s abuse of power by imposing fiscal restraints on Congress and limiting the jurisdiction of the federal government.”

Pam Shetler, a grassroots volunteer from Prosper, told Breitbart Texas, “Gov. Abbott showed exceptional leadership today recognizing the importance of pursuing the Convention of States Resolution as a way to combat the challenges at the federal level. The grassroots responded enthusiastically to him making this legislation an emergency priority.”

The Texas governor ended his State of the State address declaring the issue an emergency item and saying, “We should demand that the federal government do two things. One: Fulfill important—but limited—responsibilities as written in the Constitution. And two: On everything else, leave us alone, and let Texans govern Texas.”

Texas State Representative Rick Miller (R-Sugarland) told Breitbart Texas, “I am the author of the Convention of State Resolution in the House and believe that it is time for Texas to lead on this issue.”