NUEVO LAREDO, Tamaulipas — A family of four, including two young girls, died after getting caught in the crossfire of a fierce battle as cartel gunmen tried to ambush a Mexican Marine convoy. The incident also led to one marine dying with 12 others seriously injured. Authorities managed to kill four attackers.

The dramatic spike in violence is tied to an effort to capture Juan Gerardo “El Huevo” Treviño Chavez, the current leader of the Cartel Del Noreste (CDN) faction of Los Zetas operating in Nuevo Laredo, Mexican law enforcement sources revealed to Breitbart Texas. Nuevo Laredo is immediately south of Laredo, Texas. The violence on the Mexican side began when a convoy of marines tried to carry out a series of operations in the area.

A family of four driving home along the highway that connects Nuevo Laredo with Piedras Negras, Coahuila, unknowingly drove into one of the cartel ambushes. 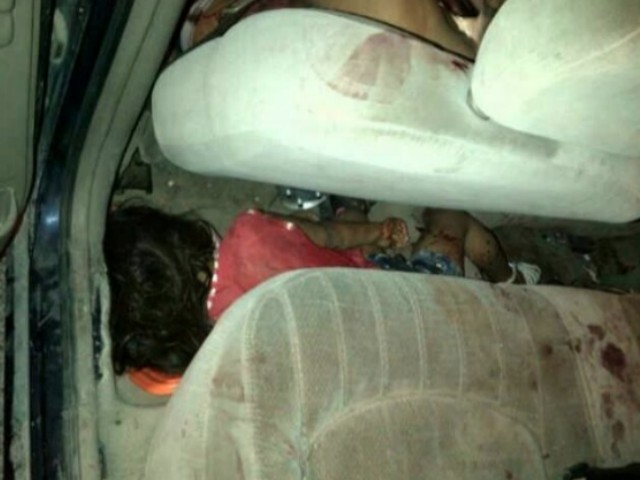 The bullets ripped through the bodies of 4-year-old Kenia Azul Rojas Ruiz, who died in her mother’s arms and her sister, 6-year-old Chelsea Abril Rojas Ruiz, in the backseat of the family’s car. 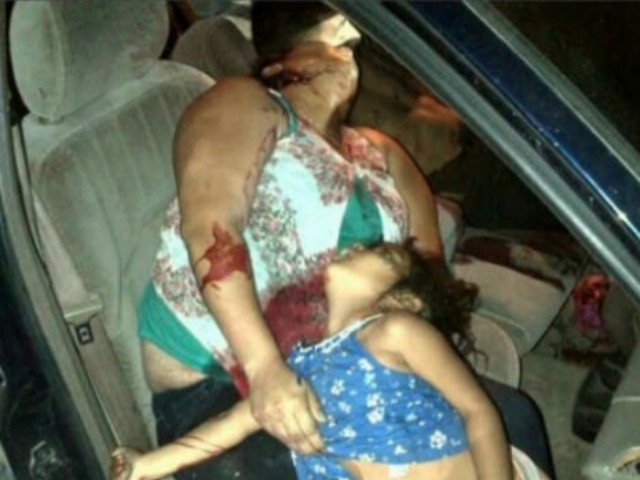 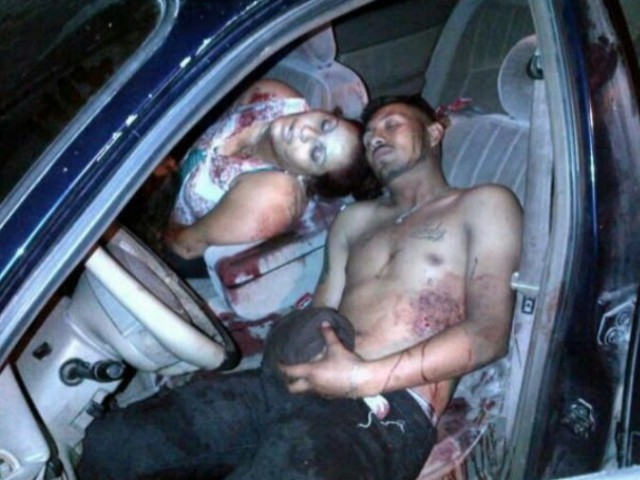 According to information released by the Mexican Navy, military personnel fought off three separate ambushes that led to the death of one of their members and 12 others were seriously injured.

The first ambush took place along the streets of Nuevo Laredo when a team of gunmen attacked a convoy of marines.

A second convoy deployed from their base of operations to help the first under attack when they, too, were ambushed. According to the Mexican Navy, the second convoy came under fire less than half a mile from their base. In that attack, six troops were injured and eventually one died.

The third ambush occurred when a third group rushed to aid the other two teams. Military personnel deployed a helicopter that helped provide air support to the troops on the ground as they fought off the attack. In the third ambush, authorities managed to kill three cartel gunmen but the fighting led to three more servicemen sustaining serious injuries.

In recent weeks, CDN gunmen used cloned military uniforms to carry out kidnappings and executions to divert blame toward Mexican authorities. Those gunmen, outfitted with their own version of the Mexican Navy uniform, were the hitmen who tried to ambush the troops carrying out security operations.

Editor’s Note: Breitbart Texas traveled to the Mexican States of Tamaulipas, Coahuila, and Nuevo León to recruit citizen journalists willing to risk their lives and expose the cartels silencing their communities.  The writers would face certain death at the hands of the various cartels that operate in those areas including the Gulf Cartel and Los Zetas if a pseudonym were not used. Breitbart Texas’ Cartel Chronicles are published in both English and in their original Spanish. This article was written by “M.A. Navarro” from Tamaulipas.