A 22-year veteran Border Patrol agent says the only thing that is new about the separation of families is the number of separations.

“So when I say nothing’s changed, I mean the process hasn’t changed,” Border Patrol agent Terrence Shigg said in his role as president of the National Border Patrol Council (NBPC) Local 1613 in San Diego during an interview with NPR’s Michel Martin. “As far as separating families–that’s not the new portion of it. The new portion of it is the scale of it.”

Shigg agreed that the number of families being separated increased over previous years, but explained the conditions under which the migrants are held has improved dramatically, especially for unaccompanied minors.

The veteran Border Patrol agent said that during the influx of Unaccompanied Alien Children that erupted in 2014, the agency was not prepared to properly house them. We’re set up for incarcerating those that we encounter because when we encounter someone, we’re arresting them. So we only had jail cells. So we were putting unaccompanied minors into pretty much jails.”

“And it was our agents that went to the command staff and went to the public and said, OK, hey, we need to do something different,” Shigg explained. “We don’t want to be housing the minors in cells.”

At about that time, Breitbart Texas editor-in-chief Brandon published leaked photos of the children being held in the “jail cells” Shigg described. The publication of the leaked photos caused an international response with many media outlets looking into conditions along the U.S.-Mexico Border for the first time. 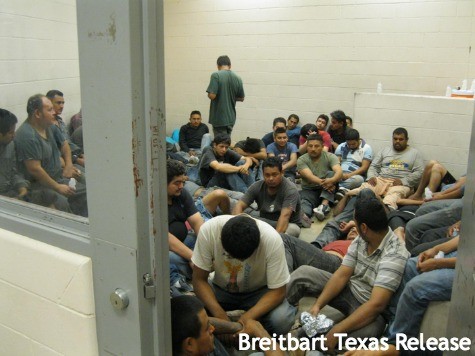 “So the decision was made,” Shigg said. “OK, let’s try to find a secure way of holding them that is not so harsh. So that’s where the fencing came in–so that it was more open, so that it wasn’t the concrete blocks with cement floors and wool blankets. 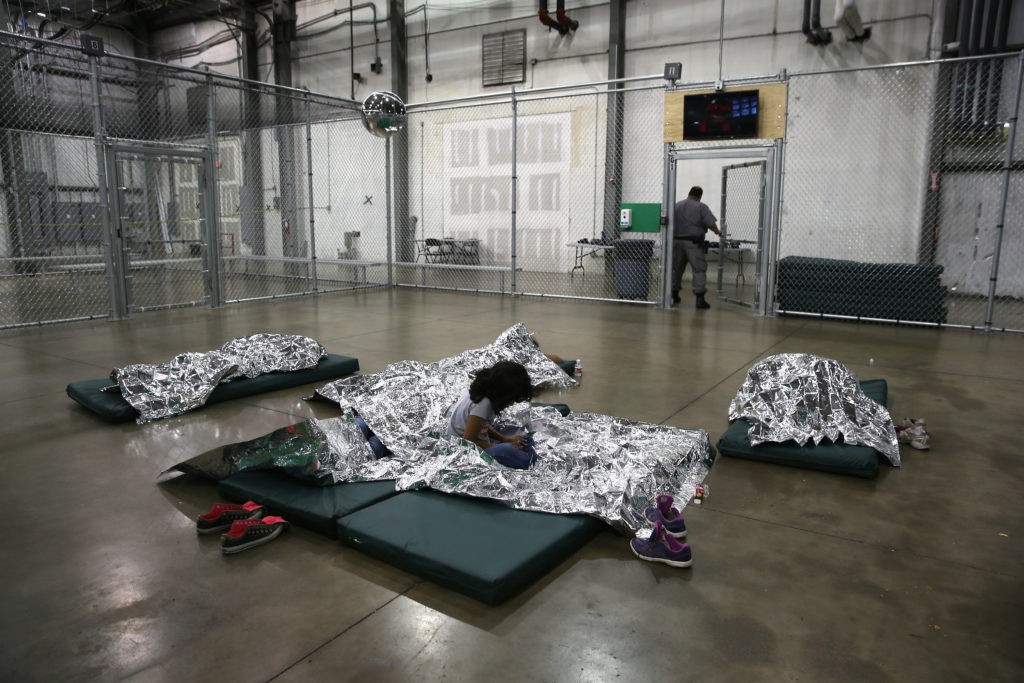 Shigg explained the decision was made to use the space blankets is because “there was a lot of scabies and lice, ticks. I mean, and those things are common if you’re traversing cross-country for, you know, 30, 60 days, that makes sense. So that’s why they went away from the wool blankets to those type of space blankets that they can be disposed of. And it cuts down on the likelihood of those types of things spreading.”

Agent Shigg expressed his concern about the new level of hostility being aimed at Border Patrol agents–and their families.

Since that time, conditions for housing unaccompanied minors have improved, as has the federal government’s willingness to let the public see how migrant children are being housed. Recently Breitbart News journalists were asked to tour processing facilities in Texas and California. 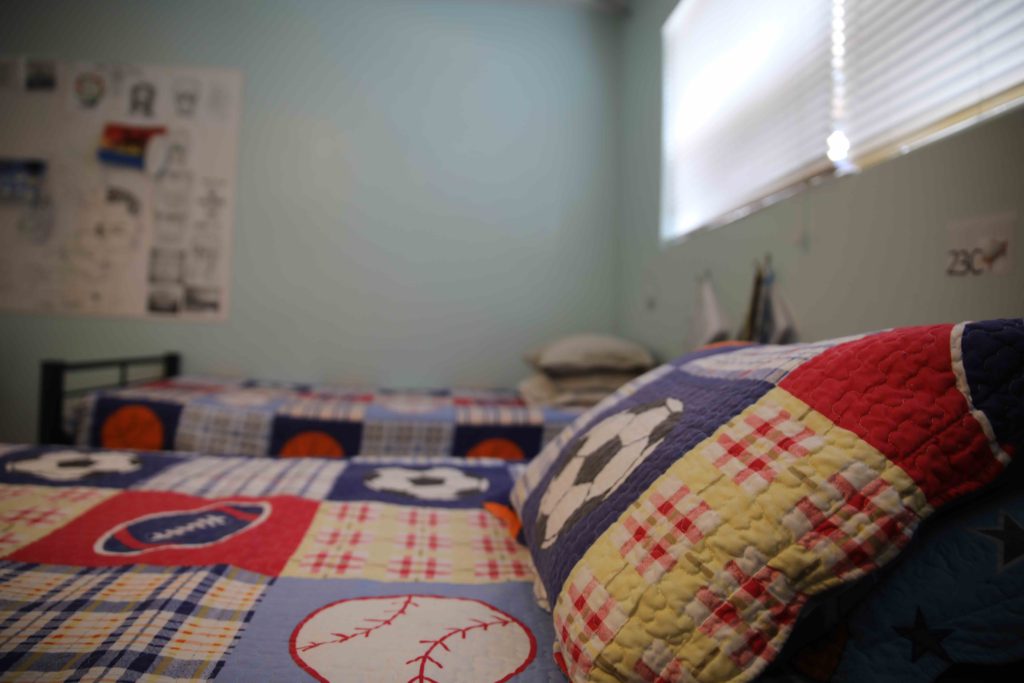 Last week, actor Peter Fonda tweeted that the addresses of agents should be made public and people should “surround their homes and protest.” He continued his hate-filled tweet and said, “We should find out what schools their children go to and surround the schools in protest. These agents are doing this (separating migrant families) because they want to do it. They like doing this.”

NBPC officials responded to the tweet, labeling Fonda as a “domestic terrorist.”

[H]ave been vilified in all of this. And, to me, that’s not correct because throughout my career, as I say again, and working in different places going back to 2014, the agents were the ones who would bring diapers and food and water and bake cakes for the kids that were in our custody before the public was in this uproar about it. We were the ones that were caring for them – bringing bottled water and bottled milk to these kids. So before any of this was a, quote, unquote, “big deal” for the public, we were the ones that were going into our own pockets and taking care of the kids then – as we do now as humanely and as safely as we can.

“For us, it will allow the families to stay together and be together throughout the process,” Shigg said. “Now, the question is – and it’s going to have to be decided in the courts – is whether or not that can be longer than 20 days. Because that’s what that decision said is that you can’t hold minors in our detention facilities longer than 20 days. And, sometimes, that process takes longer than 20 days. So no one is quite clear on what will happen then.”

“Will the family unit be released, or will they just continue to hold the entire family unit beyond that 20 days? So that we haven’t gotten any clear guidance on, and I think they’re waiting on that to be decided in the court,” Agent Shigg expressed.

Shigg explained that the recent increase in public and media hostility towards the agents he represents is frustrating to the rank-and-file agents.

“I know I’ve personally gotten direct messages from people telling me that I’m ‘going to hell’ because I’m supporting this immoral child abuse policy,” he continued. “We’ve had everything from being called similar to the Nazis – we’re running ‘concentration camps,’ what we’re doing is immoral, and we should not follow these orders.”

He said he would respond to critics and say: “I would challenge them with the fact that we are taking in people that have risked rape, robbery, assault, murder, have spent their life savings and given it to a criminal cartel to get them to the United States. They’ve already gone through that. We’ve taken them, we’ve put them into a shelter. We’ve given them food. We’ve given them clothing. We’ve put them in a climate-controlled environment,” the veteran agent said. “And we are protecting them. And then we are processing them in a humanely and as expeditiously as possible.”

“I would challenge them to explain to me how that is immoral,” Shigg concluded.