Border Patrol agents apprehended more than four million migrants who illegally crossed the southwest border with Mexico during the past 10 fiscal years. If these migrants were placed into a single city, it would be larger than Los Angeles by population. 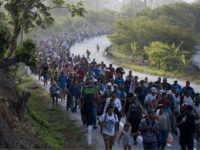 The apprehension of migrant families illegally crossing the border from Mexico in November fell by nearly 90 percent from the peak in May. Border Patrol officials cited closed loopholes in immigration and asylum laws as having a direct impact on the reduction of illegal border crossings by migrant families. 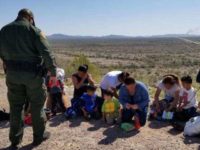 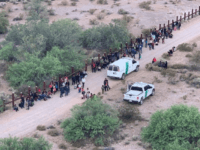 Justice Department officials are drafting plans to fast-track the asylum claims by the huge wave of migrant youths who claim to be “unaccompanied,” according to Buzzfeed. 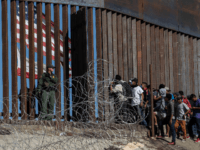 Migrant Apprehensions at Border Drop 30 Percent in August — Still Up 35 Percent over Aug. 2018

U.S. Customs and Border Protection (CBP) officials announced that the apprehension of migrants who illegally cross the border between ports of entry fell in August by 30 percent. This number is down by 62 percent from the May peak of 132,870, but up by 35 percent over August 2018’s 37,524. 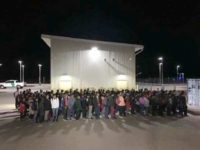 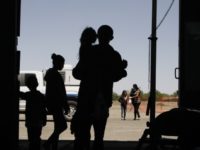 GOP leader Kevin McCarthy is slamming the House Democrats’ border emergency bill, which includes a clause barring agency cooperation against the smuggling of foreign children by parents who are living illegally in the United States. 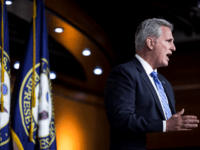 Coyotes Use Federal Agencies to Smuggle ‘Unaccompanied’ Children to Parents in U.S.

The flood of “Unaccompanied Alien Children” may hit 88,000 this year, according to Missouri Sen. Roy Blunt. 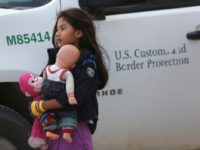 GOP leaders in the Senate approved a $4.6 billion budget to fund an orderly Central American migration into the United States — even though the bill excludes any steps to reduce the crisis and also gives multiple pro-migration wins to Democrats. 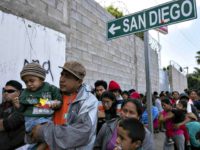 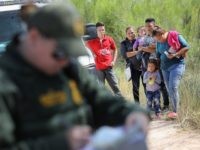 The number of migrants apprehended along the southwest border after illegally crossing the border so far this fiscal exceeded the total fiscal year totals for the past decade. Border Patrol officials stated. Officials stated that if the trend continues through the remaining four months of the year, the apprehensions will hit the highest numbers since 2006. 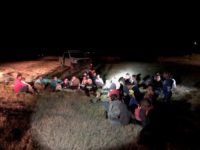 U.S. Border Patrol agents apprehended more than 476,000 migrants who illegally crossed the border between ports of entry during the first seven months of this fiscal year. This is up from over 212,000 during the same period one year earlier.

Immigration judges cannot release migrants who are caught sneaking into the United States, even if the migrants ask for asylum, says a binding legal decision by Attorney General William Barr. 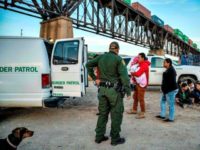 The fast-growing migrant rush over the U.S. border is collapsing border security and overwhelming the ability of border agents to process and protect migrants, DHS Secretary Kirstjen Nielsen said in a Thursday letter to all members of Congress. 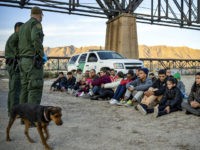 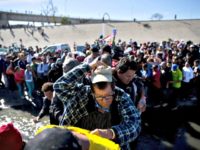 76K Migrants Entered Through Southwest Border in February — Most in 12 Years, Says CBP

U.S. Customs and Border Patrol (CBP) reports that 76,103 migrants appeared at ports of entry and illegally crossed between ports in February. This is the largest number of apprehensions and inadmissible migrants for a February reporting period in 12 years, CBP stated Tuesday. 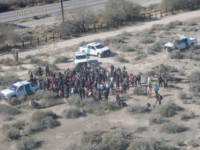 7K Migrants Apprehended in One Week in Texas Border Sector 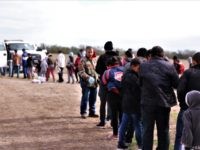 Conservative Review Senior Editor Daniel Horowitz says a Republican-Democrat spending bill signed by Trump last week is an “open-ended amnesty” with potential to apply to all 12 to 22 million illegal aliens living in the United States.

The apprehension of migrants who illegally crossed the border between ports of entry nearly during the first four months of the fiscal year nearly doubled the previous year’s numbers for the same period. 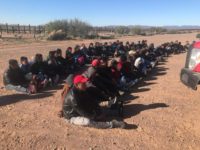 U. S. Border Patrol agents apprehended more than 150,000 migrants who illegally crossed between ports of entry during the first quarter of Fiscal Year 2019. Of those, nearly 100,000 consisted of families and unaccompanied minors. 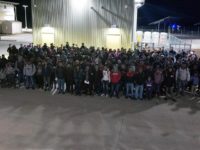 The House Democrats’ proposed 2019 homeland security budget reopens the nation’s southern border to migrant inflows, while it also dangles the promise of cheap labor in front of GOP legislators and donors. 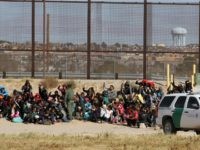 U.S. Customs and Border Protection (CBP) officials report the massive increase in the number of large group border crossings led to the apprehension of nearly 9,000 migrants who crossed the border illegally this fiscal year.

Unaccompanied Minors Housed by Feds Up 450 Percent After DACA

The number of unaccompanied migrant children housed by the federal government jumped by more than 450 percent following President Barack Obama’s implementation of the DACA program in 2012. Government programs provided shelter to about 8,000 per year prior to implementation. After, the numbers jumped exponentially to an average of more than 44,000 annually. 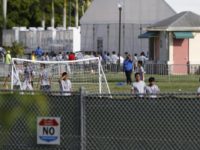 Agency Approves Release of Smuggled Youths into Homes with Illegals

The Department of Health and Human Services said Tuesday that it will allow the temporary release of smuggled children and youths into homes that may contain illegal migrants. 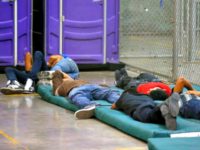 President Donald Trump’s deputies are arresting more of the illegal migrants who try to pick up their youths and children at the shrinking U.S. exit of the “UAC” smuggling route. 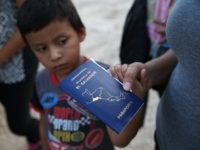 200 Central American Migrants Apprehended in One Day at Texas Border 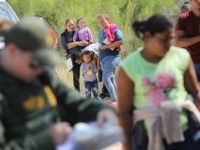 Migrant Apprehensions Along U.S.-Mexico Border Up 30 Percent in 2018

The arrests of migrants by Border Patrol agents between ports of entry along the U.S. border with Mexico jumped 30 percent in Fiscal Year 2018. Agents apprehended nearly 400,000 migrants, including more than 150,000 minors and family units. 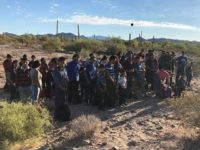 The chief Border Patrol official responsible for securing the busiest sector for illegal crossings says Congress must act to close loopholes that criminals are exploiting to bring families and unaccompanied minors into South Texas. 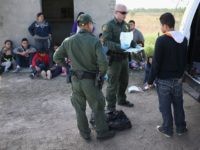 Illegal-immigrant parents are increasingly reluctant to pick up their smuggled “Unaccompanied Alien Children” from agency shelters, forcing officials to transfer many stranded youths to a new overflow shelter in Texas. 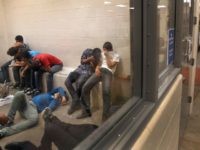