MONTERREY, Nuevo Leon – The leader of a local cartel rip crew revealed on video that he works for the narco-terrorist known as “El Tory.” The same El Tory carried out a 2008 grenade attack against a U.S. Consulate and currently leads a faction of Los Zetas known as “Cartel Del Noreste.”

An exclusive video obtained from Mexican law enforcement sources reveals the moment when Carlos Daniel “El Uzi” Villanueva Gonzalez was arrested by members of Nuevo Leon’s Fuerza Civil. The arrest came after his crew was caught stealing multiple cars in the Monterrey metropolitan area. The cars were likely going to be used by Los Zetas for other crimes, law enforcement sources said.

During the arrest, Villanueva tells authorities that he was ultimately working for a “Senor” called El Tory–a high-ranking Los Zetas faction leader who was recently released from a Mexican federal prison. While Villanueva says his direct boss is a man called “El Elotes” or “The Corn Cob,” the group carries out extortion plays and other organized crimes for El Tory. 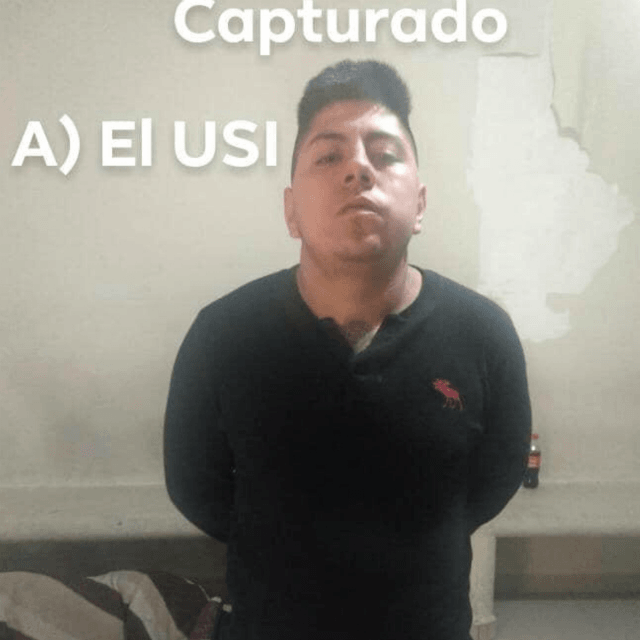 Breitbart News recently exposed the convicted terrorist and U.S. fugitive Hector Raul “El Tory” Luna Luna as the new leader for the dominant faction of Los Zetas. Under El Tory’s reign, the CDN began carrying out direct attacks against Mexican law enforcement to intimidate them. He most recently threatened to blow up the headquarters of a state police agency in Nuevo Leon. The threats were made via several narco-banners placed throughout the city.

Under El Tory’s command, the CDN embarked on a fierce expansion that led to hundreds of murders in the northern border states of Nuevo Leon, Tamaulipas, and Coahuila. Some were part of a gruesome intimidation tactic where El Tory’s men dumped severed heads or dismembered bodies outside government buildings, newspaper bureaus, and prisons with threatening messages. Authorities in Nuevo Leon singled out El Tory as the man behind the majority of murders in the state.

Editor’s Note: Breitbart Texas traveled to the Mexican States of Tamaulipas, Coahuila, and Nuevo León to recruit citizen journalists willing to risk their lives and expose the cartels silencing their communities.  The writers would face certain death at the hands of the various cartels that operate in those areas including the Gulf Cartel and Los Zetas if a pseudonym were not used. Breitbart Texas’ Cartel Chronicles are published in both English and in their original Spanish. This article was written by Tony Aranda from Nuevo Leon and “J.M. Martinez from Coahuila.