CIUDAD VICTORIA, Tamaulipas – Cartel gunmen left a severed human head inside an ice chest to threaten local news reporters working for one of the main newspapers in this border state.

The gory crime scene was discovered outside El Expreso offices in the Almendros neighborhood. Parents who were dropping off their children at a daycare across the street spotted a white disposable ice chest with a green poster board under it. The parents called authorities, who rushed to the area the secure the suspected crime scene. 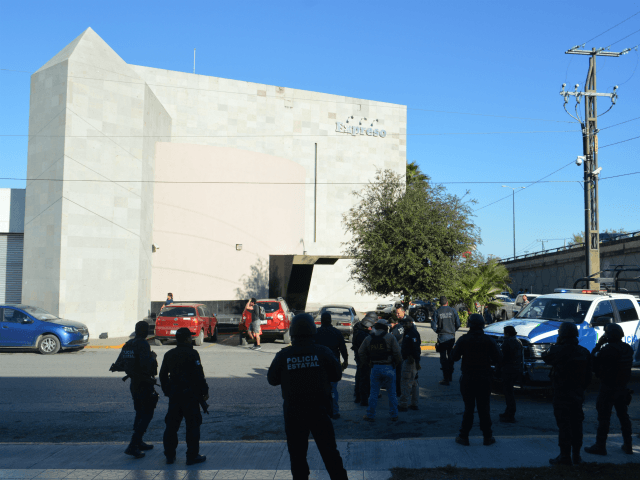 Authorities removed the lid and found a human head inside. The poster-board criticized local news outlets for being silent about the escalating violence in the region and claimed the lacking reporting was due to the government’s wishes. As Breitbart News reports regularly, Ciudad Victoria continues to see spikes of violence as two rival factions of Los Zetas Cartel fight for control of the area. The violence manifests itself with a steady flow of kidnappings, extortion, and executions. 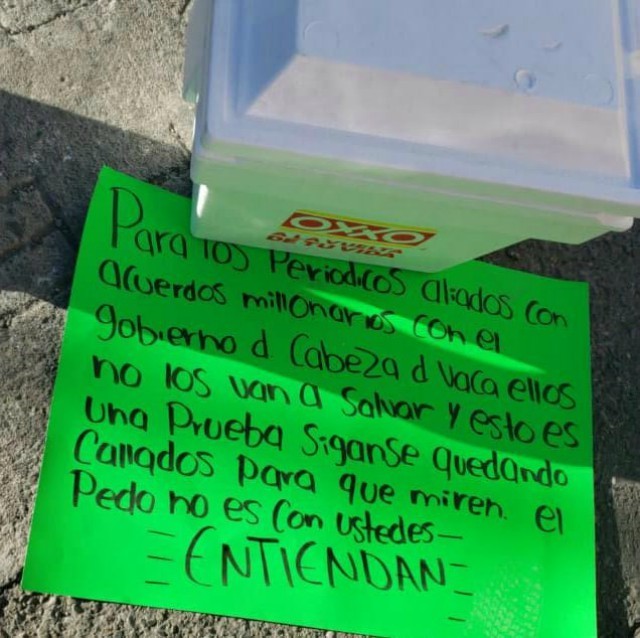 Just after authorities handled the crime scene, firefighters and police were called back to the area in response to a truck fire a few blocks behind El Expreso. The vehicle appears to match the one seen in surveillance tapes depicting the ice chest incident. 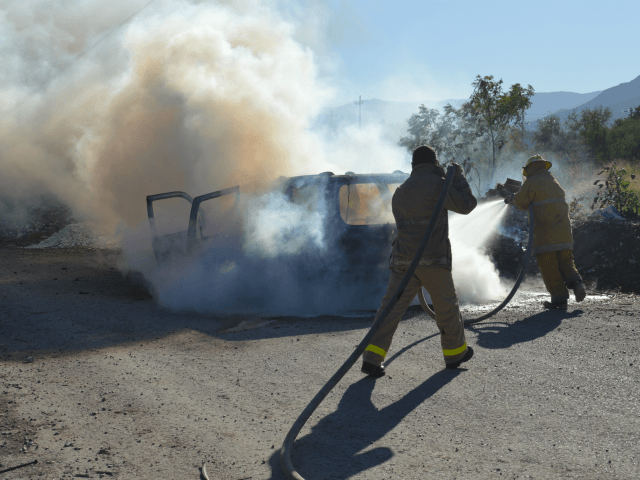 El Expreso has a record of cartel attacks and threats. In 2012, a team of cartel gunmen set off a car bomb outside the office. That incident occured during a time when the Gulf Cartel and Los Zetas were fighting for control of Tamaulipas.