MONTERREY, Nuevo Leon – Cartel gunmen from Los Zetas left a least 11 bags with dismembered human remains in the Monterrey Metro over a span of two days. A poster board signed by the Cartel Del Noreste (CDN) faction revealed the crime scene is part of the ongoing fight between cartels for control of drug trafficking territories in the border state of Nuevo Leon. 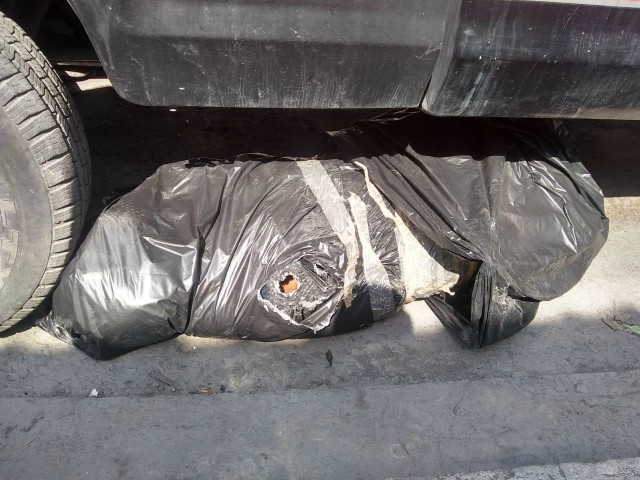 In the most recent incident on early Wednesday morning, a group of CDN left four trash bags holding human remains inside a Volkswagen Tiguan that they parked outside a military base. Inside the vehicle, the cartel gunmen left a poster board with a message directing threats to authorities.

In another case, Nuevo Leon state police officers and investigators rushed to the Paseo del Aguila neighborhood in Monterrey during the early morning hours of Tuesday after receiving a call about human remains, information provided to Breitbart Texas by Nuevo Leon state authorities revealed.

At the scene, authorities found seven large trash bags surrounding a poster board where the Cartel Del Noreste faction takes credit for the murder and claims to be targeting kidnappers and extortionists. A photograph believed to have been taken by the gunmen and then leaked to social media revealed that the gunmen called out alleged members of the “Old School” faction of Los Zetas, indicating an ongoing turf war between the two factions. 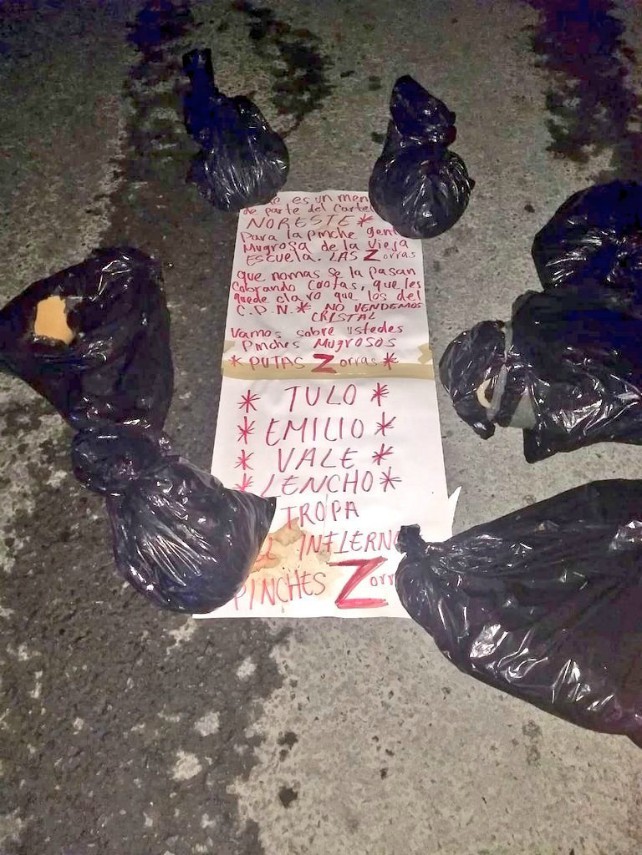 By Tuesday afternoon, CDN had left another trash bag with a beheaded victim, also in the Monterrey metropolitan area. The incidents come at a time when the CDN is targeting rival trafficking organizations and independent dealers. As Breitbart Texas reported, the vast majority of the murders and shootouts in Nuevo Leon are attributed to CDN -Los Zetas.