U.S. Immigration and Customs Enforcement special agents discovered a drug-smuggling tunnel that extended from a house in Nogales, Arizona, to a wastewater pipeline leading to Mexico. The discovery led to the seizure of more than 200 pounds of drugs. 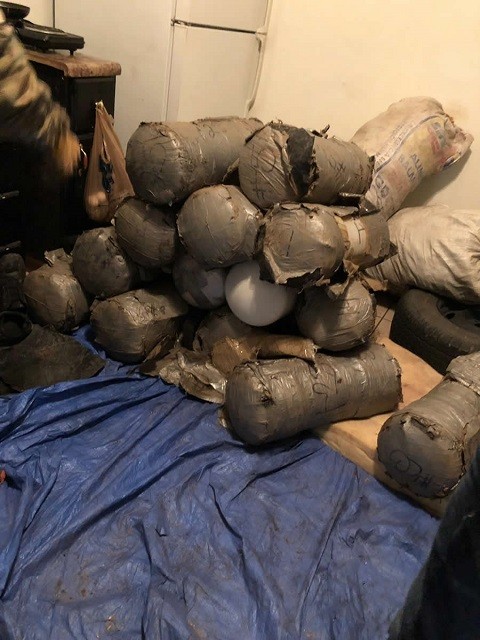 ICE Homeland Security Investigations (HSI) special agents executed a search warrant on a house in Nogales during the evening of December 17. During the search, the agents found an 82-foot-long tunnel buried eight feet underground, according to information obtained from ICE officials.

Officials reported the tunnel stretched to a breach in the International Outfall Interceptor (IOI) gravity wastewater pipeline. The pipeline runs from Nogales, Sonora, Mexico across the border to Rio Rico, Arizona.

Officials said the tunnel included a sophisticated ventilation system and was substantially reinforced to prevent collapse. They estimate that smugglers operated the tunnel for a few months.

During the search of the home and tunnel, agents seized nearly 200 pounds of methamphetamine, two pounds of white heroin, nearly three pounds of cocaine, and more than six pounds of fentanyl. The agents arrested two people suspected of drug smuggling and seized a vehicle.

“It comes at no surprise that HSI special agents on the BEST and those on the Joint Port Enforcement Group (JPEG) dismantled an operational drug tunnel along the border,” Scott Brown, special agent in charge for HSI Phoenix, said in a written statement. “As this investigation makes clear, we remain focused on exposing border crime and combating the cartels’ increasingly unabashed underground smuggling tactics.”

Officials reported the investigation that led to the tunnel’s discovery began earlier this year. Agents received information about large quantities of narcotics being smuggled through the IOI. Following information developed during the investigation, ICE agents obtained a warrant to search the home and found the tunnel.

Agents arrested Jovany Robledo-Delgado and Jesus Martinez Selgado. Both men are reported to be Mexican nationals. Officials did not disclose the alleged smugglers’ immigration status.

The two Mexican men appeared before a federal court on Wednesday.