REYNOSA, Tamaulipas – Four Mexican soldiers drowned and several others sustained injuries after their Humvee crashed into an irrigation canal during a cartel shootout this week.

The incident occurred on Tuesday afternoon when a group of Mexican soldiers patrolling the dirt roads near the Rio Grande came under fire from cartel gunmen. The area where the vehicle submerged is known as Nopalera and has seen several clashes in recent days.

According to Mexico’s National Guard, the soldiers were giving chase when the driver of the Humvee lost control and caused a rollover crash into the Anzalduas Canal. Some soldiers managed to escape the vehicle, however, four became entangled in the underwater shrubs. 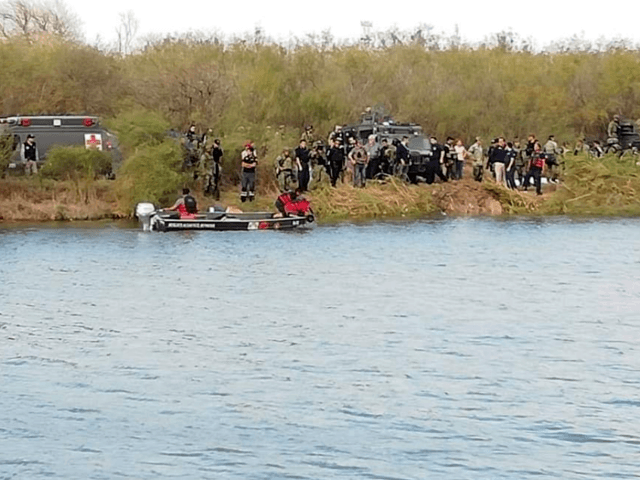 Reynosa is seeing a spike in violence as rival factions of the Gulf Cartel continue to fight for control of drug and human trafficking routes into Texas.

Editor’s Note: Breitbart Texas traveled to the Mexican States of Tamaulipas, Coahuila, and Nuevo León to recruit citizen journalists willing to risk their lives and expose the cartels silencing their communities.  The writers would face certain death at the hands of the various cartels that operate in those areas including the Gulf Cartel and Los Zetas if a pseudonym were not used. Breitbart Texas’ Cartel Chronicles are published in both English and in their original Spanish. This article was written by “A.C. Del Angel” from Tamaulipas and Tony Aranda from Nuevo Leon.