Border Patrol agents assigned to interior immigration checkpoints in California and Arizona stopped two loads of methamphetamine from making their way to cities across the country.

El Centro Sector agents assigned to the Highway 86 immigration checkpoint on Sunday afternoon observed a woman driving a Ford Fusion approaching for inspection. During an initial interview, a K-9 team conducted a routine exterior search and the K-9 alerted to an odor it is trained to detect. The agent referred the woman, a 22-year-old U.S. citizen, to a secondary inspection station, according to information obtained from El Centro Sector Border Patrol officials. 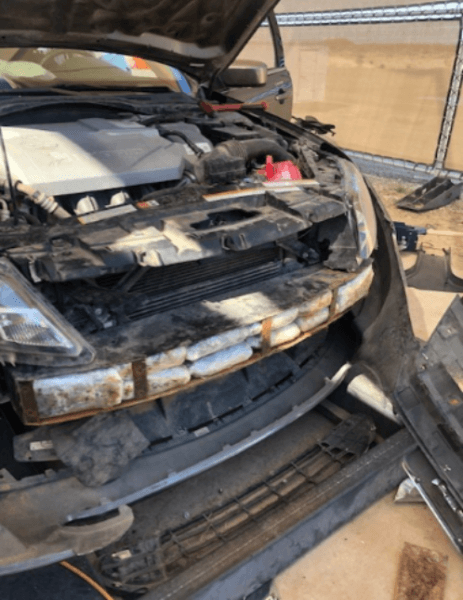 The agents conducted a physical search of the vehicle and found 22 packages hidden inside the bumper and 58 more inside the vehicle’s rocker panels. The packages tested positive for methamphetamine, officials reported. The agents seized the 87 pounds of meth and arrested the woman.

Officials estimated the load to be worth nearly $165,000. The woman and the drugs were turned over to Drug Enforcement Administration (DEA) agents for further investigation and referral of smuggling charges to the U.S. Attorney for the Southern District of California.

Later that evening, agents assigned to the same checkpoint observed a man driving a Volkswagen Jetta approaching for inspection. During the initial interview, agents notice the man appeared to be “unusually nervous,” officials stated. The agents referred the man to a secondary inspection station where a K-9 conducted an exterior search and alerted to an odor it is trained to detect.

The agents conducted a physical search of the vehicle and found a hidden compartment in the center console. The compartment contained seven packages of what agents identified as fentanyl. Officials report the drugs weighed 17.4 pounds and have an estimated street value of $162,000.

The agents seized the drugs and the vehicle and turned the driver over to DEA agents for further investigation.

Tucson Sector agents also found drugs during a failed smuggling attempt on Sunday morning at the Interstate 19 immigration checkpoint near Amando, Arizona. The agents referred the driver of a 1999 Acura to a secondary inspection station where a non-intrusive X-ray of the vehicle revealed anomalies in the fuel tank, Tucson Sector officials reported. 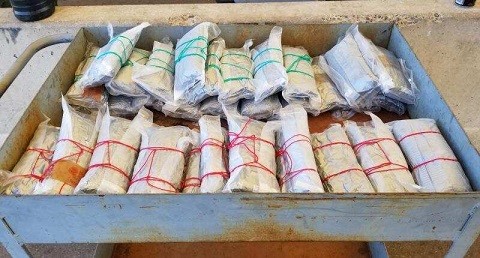 A search of the tank revealed 42 packages of methamphetamine weighing approximately 48 pounds, the agents stated. Officials estimate the value of the meth to be approximately $51,000.

The agents arrested the 37-year-old driver, a Mexican national, and turned the drugs over to DEA agents.

“U.S. Customs and Border Protection deploys a wide variety of detection technology for its law enforcement officers to use in order to keep the nation safe from illegally smuggled narcotics,” officials said in a written statement.

In total, the Tucson and El Centro Sector agents kept 135 pounds of methamphetamine and more than 17 pounds of fentanyl from making their way into communities across the nation.

During an interview with Breitbart News Daily’s Alex Marlow, National Border Patrol Council (NBPC) Vice President Chris Cabrera reminded listeners that “Anything that comes across [the Mexican] border potentially effects the rest of the United States. It’s not just a southern border problem.”

Chris Cabrera is a Border Patrol agent assigned to the Rio Grande Valley Sector. He serves as Vice President of the NBPC which represents Border Patrol agents across the country. Listen to the rest of his interview with Alex Marlow here.