Several hospitals in Mexico City tasked with treating cases of the novel coronavirus (COVID-19) are at full capacity or are close to it, health officials revealed. Despite government assurances and admitted efforts to downplay the true spread of the pandemic, Mexico continues to see a rising number of cases.

During a nightly news conference, health officials in Mexico revealed that the number of confirmed cases is 20,739. The COVID-19 virus is responsible for 1,972 fatalities in Mexico since the pandemic started. Of those cases, Mexico City has 5,548 cases and the surrounding state of Mexico has 3,422 patients.

Mexican health officials also revealed that several hospitals in Mexico City had reached capacity or were close. In response to that, Mexico City’s Mayor Claudia Sheinbaum said they were implementing a phone and text service that would help individuals find a hospital if needed in order to avoid having them go to multiple facilities looking for medical care.

Mexico City has also created a website with an interactive map that shows which hospitals are at capacity, near capacity, and which ones have room for new patients. 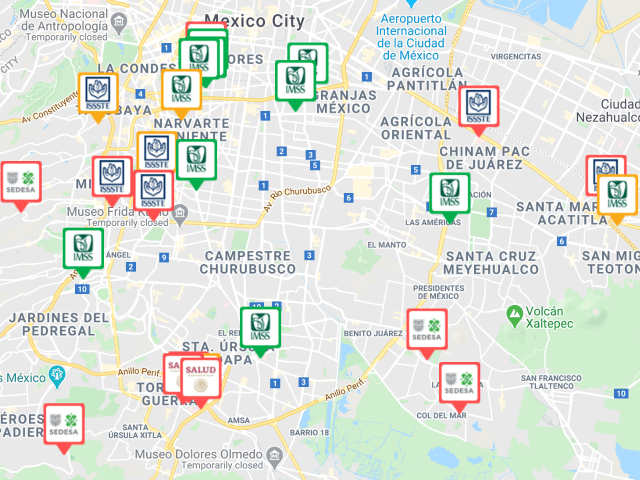 Despite having a nightly news conference where they release new figures, as Breitbart Texas reported, Mexican health officials have admitted that their figures only take into account the coronavirus cases that come from government hospitals. The reports do not include cases that are reported by private hospitals. Several states have been releasing their own figures that include both types of hospitals and show almost twice as many cases in those regions.