Tucson Sector Border Patrol agents found 34 migrants packed into the vehicles of two alleged human smugglers during separate traffic stops near the border. Despite the threat of the coronavirus, the migrants appear to be stacked like cordwood in the two vehicles.

Agents patrolling roadways near Douglas, Arizona, on July 26 stopped a Toyota Tundra for what appeared to be faulty license plates. The agents later found the vehicle had been reported stolen, according to information obtained from Tucson Sector Border Patrol officials. 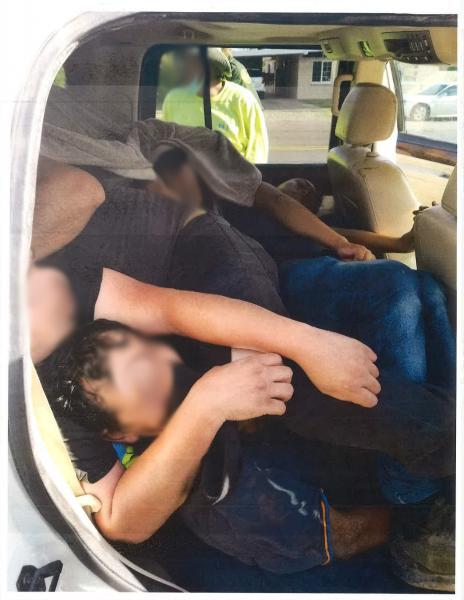 The agents found 18 people crammed inside the vehicle. An immigration interview led to the determination that all 18 people, including the driver, were Mexican nationals illegally present in the United States, officials stated.

While processing the scene, agents observed another vehicle driving by that appeared to be hauling illegal aliens, officials stated. The agents conducted a second traffic stop on the Lincoln Navigator and found it to be hauling 16 additional migrants. Officials did not provide any information on the Navigator’s driver.

The agents turned the stolen Tundra and the driver over to the Cochise County Sheriff’s Office. They also seized the Navigator, officials reported.

The remaining migrants were processed, medically screened, and received a criminal background investigation. Once cleared, they will be processed for immigration violations and/or expelled to Mexico under Title 42 coronavirus prevention protocols put in place by the Centers for Disease Control and Prevention.

Human smugglers show little to no regard to the health and safety of their cargo, Border Patrol officials previously told Breitbart Texas. In this case, had the smugglers been involved in a crash, serious injury or death could have occurred because of the overpacking of the two vehicles.