Correction: This story has been changed to reflect that “John Doe” is in fact Armando Cornelio Valencia and not Joaquin “El Chapo” Guzman. Both individuals had valid California driver’s licenses.

A Mexican drug lord sued a cartel news focused-blog and several Mexican newspapers for publishing a photo of his California driver’s license and for releasing personal information about him having cancer and living in California. 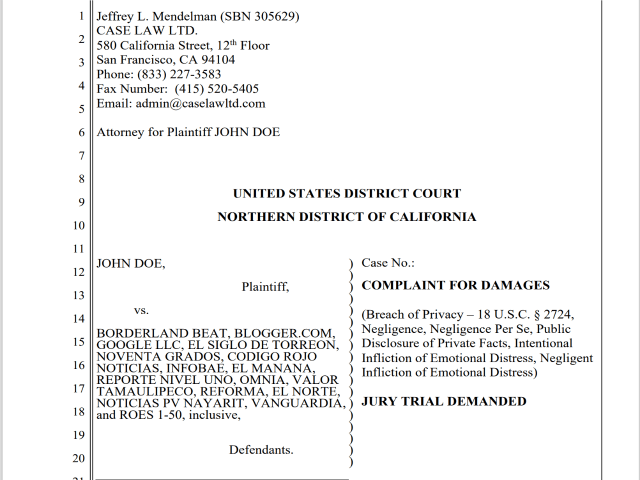 In the case filed in the Northern District of California, the lawyer for Valencia asks that the convicted drug lord be allowed to file the lawsuit under “John Doe” to protect his client from “the risk that defendants publish additional articles based on the litigation disclosing his identity.”

Mendelman claims that on June 23, 2020, Borderland Beat published an unredacted photograph of a driver’s license belonging to John Doe (Valencia) that showed his license number, date of birth, address, and signature. In the suit, Valencia is asking for $250,000 in damages. The Mexican newspapers and citizen journalists named in the lawsuit also printed stories about the drug lord two days before Borderland Beat, revealing his residence in California and about the drug lord suffering from cancer.

The issue with the lawsuit is similar to a  November 2013, Univision ran a special segment about El Chapo revealing that despite being a wanted drug lord in the U.S., he managed to get a California driver’s license in 1988. The information for Univision’s segment was originally attributed to a file from the DEA. In 2013, Borderland Beat aggregated Univision’s reporting and used the images from the story. 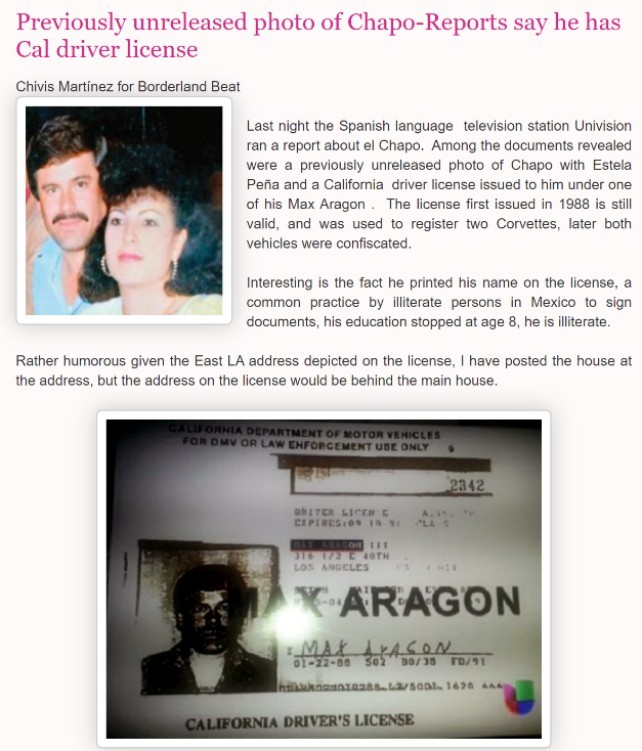