As South Texas weather climbs to triple digits, the Border Patrol is preparing for a sweltering summer that may bring record deaths and rescues amid the migrant surge.

The Border Patrol is experiencing apprehensions of unaccompanied children, family units, and single adults at levels not seen in more than 15 years.

The Border Patrol’s Missing Migrant Program (MMP) has been under development for more than a decade. Despite the efforts, which have resulted in many success stories, the environment is still perilous. The messaging campaign associated with the program often goes unheeded: the border is not safe, smugglers do not care about your safety, and the risks of crossing rivers and deserts are not worthwhile. The messages have been broadcast in Mexico and Central America for years.

In the vast areas of the Unites States southern border, finding migrants in distress is a daunting task. Border Patrol embarked on an effort to place emergency placards on major trails and landmarks. They are numbered and registered in a database so that a migrant’s location can be quickly ascertained if called in. Thousands of coordinates for power line poles are recorded as well. 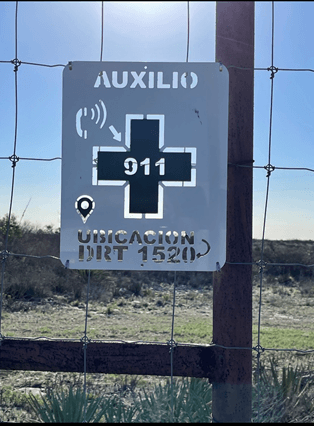 On March 17, 2021, a 911 call received in Del Rio, Texas, concerning a lost migrant was resolved when the person happened upon one of the placards. Agents were dispatched and managed to save countless hours of searching—meaning the difference between a rescue and a corpse recovery.

Rescue beacons are also used and feature a push-button notifications to Border Patrol. Many, located on private lands, require consent for installation. 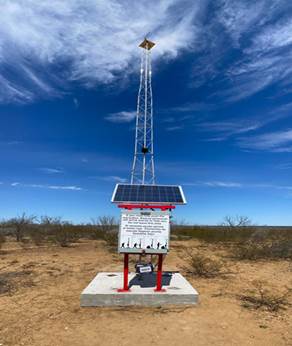 Despite the messaging campaigns, the efforts do not always end in success. The number of rescues and deaths along the border are staggering. Migrants do not have a say in where they cross. Many lack the provisions to make the journey or suffer from health problems that make their trip even more arduous.

Last year, CBP reported more than 5,000 rescues involving migrants along the border. The remains of 248 were recovered during the same time frame. The recovery of a deceased migrant does not signal an end for Border Patrol. The final aspect of the program is to provide closure to families across the globe who have lost loved ones through the identification process.

Identity documents may be found at a recovery location but cannot be trusted as the sole source. Border Patrol trains agents who specialize in macro photography to gather fingerprints when available. Databases are searched domestically and abroad. When remains are badly decomposed, the Missing Migrant Team searches missing person reports and assists local coroners in obtaining DNA from relatives.

When the effort to identify the remains meets with success, foreign consul officers are contacted to assist in returning them to the relatives abroad. In other cases, the results are much grimmer. The remains are handed over to the local authorities for burial in unmarked “pauper” graves, leaving relatives to wonder what exactly happened to their family member.

In Eagle Pass, Texas, the county cemetery has reached capacity. The only available gravesites are reserved for unidentified migrants who perish attempting to cross the border. Their sites bear only a simple wooden cross left to weather and fall over in time.