During a visit to Encinal, Texas, Breitbart spoke to La Salle County Constable Rene Maldonado Jr. and Deputy Constable Manuel Sauceda concerning a recent spike in pursuits along the Interstate 35 corridor. Both described a change in tactics where smugglers lead law enforcement on dangerous, high-speed pursuits. It did not used to be this way.

Constable Maldonado is no stranger to the challenges of patrolling one of the busiest smuggling corridors in America, Interstate 35. The southern end stretches from Laredo, Texas, more than 1,500 miles to Duluth, Minnesota. Encinal sits off an exit ramp less than 30 minutes from Laredo. The interstate can see at least 200,000 vehicles per day in this area, according to the Texas Department of Transportation. 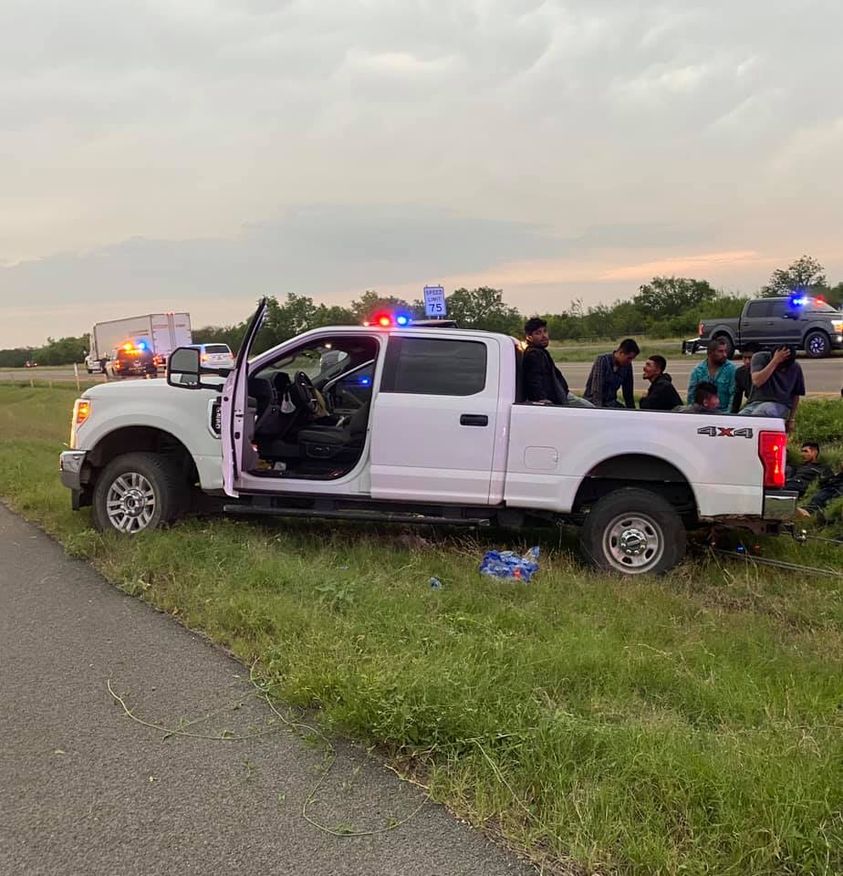 Constable Maldonado says human trafficking, narcotics smuggling, and other criminal activities are not a new, but he notes “What we are seeing now that is different is the number of smugglers who chose to lead law enforcement on high-speed pursuits.”

Maldonado attributes the change to cartels recruiting younger drivers via social media who perhaps otherwise would not be inclined to participate. Some, he says, are active drug users answering the call to feed their addictions.

Deputy Constable Sauceda, who has recently retired from the Border Patrol, sees this is a disturbing trend.

“In years past, the smugglers would look for the first opportunity to exit the highway and break through a ranch fence to get away–now they are fleeing and creating a dangerous situation for all of us.”

The constables spoke of their strong ties and relationships with other local, state, and federal law enforcement partners.

Both say they learned the best strategy is to mount a coordinated response alongside local law enforcement using tire deflation devices and preventing exits from the interstate into communities.