Bloody ice chests containing what appeared to be human body parts, entrails, and scalps were left as an intimidation tactic at Mexican Border state polling places over the weekend. The gory scenes drew large police responses amid a gubernatorial election.

At one polling location along Paseo del Acueducto Avenue, authorities found an ice chest containing bloody matter and a scalp. Next to the chest, authorities collected a threatening message. Detectives in Nuevo Leon told Breitbart Texas the chests did not contain human body parts, but instead were meat products and a wig meant to mimic a common cartel intimidation practice. 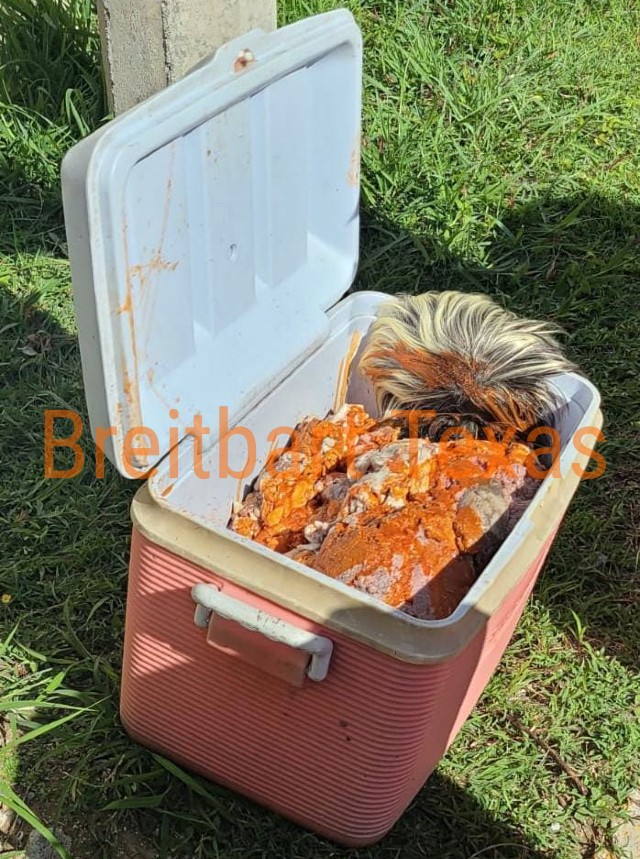 At two other locations, authorities found a severed pig head and other bloody pieces of meat inside a chest. Authorities in Nuevo Leon also confirmed to Breitbart Texas a report of six gunmen vandalizing a polling location in the Pedregal de La Silla neighborhood. The gunmen also threatened voters. It is unclear if they physically tampered with any ballot materials.

Samuel Garcia, the candidate from Movimiento Ciudadano, claimed victory with unofficial results giving him a 10 percent advantage over other candidates. One of the surprises of the election was the poor performance of Clara Luz Flores, from the MORENA party, who was at one point expected to win but ended in fourth place. MORENA is the ruling party in Mexico founded by current President Andres Manuel Lopez Obrador.