The Biden Administration’s pause on border wall construction now spans more than 100 days past the deadline for federal agencies to resume, modify, or terminate the projects. Thus far, only flood levee repairs and a reallocation of Department of Defense funding have occurred.

In La Joya, Texas, a consistent stream of migrants surrendering to the Border Patrol is a daily event. The border wall project there is currently paused and a gap along Military Road near the Rio Grande River funnels traffic right into the heart of the small, Starr County town. Migrants surrendering by the hundreds keep Border Patrol agents busy providing humanitarian assistance to family units and unaccompanied minors.

Single adults run through the city streets to escape an almost certain return to Mexico under an emergency Centers for Disease Control and Prevention COVID-19 authority. Residents there are frustrated by the influx of migrants in their community which is at a 20-year high.

Apolonio “Polo” Ramon, a lifetime resident, frequents a park in the town to “get some air” and film the migrant foot traffic in the immediate area. He says it has not been this busy in years. 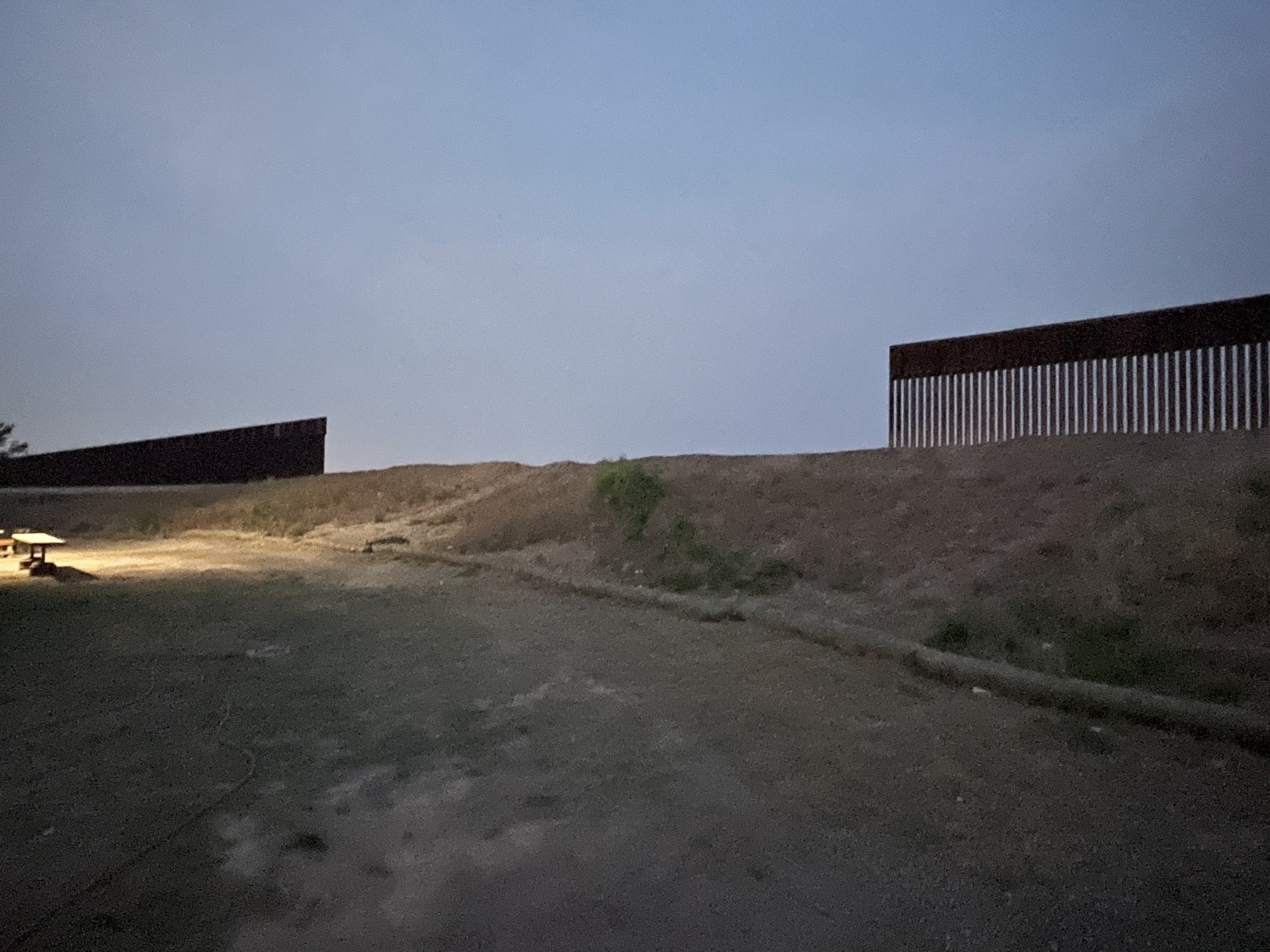 In Roma, Texas, another small community in the Rio Grande Valley, residents are losing sleep for the same reasons. A gap in the wall along the river funnels migrants through a brushy area and into the city. Residents describe nightly events where several hundred family units and children surrender to the Border Patrol and Army National Guard near their homes.

One Roma resident, Norma, says the groups cross at all hours of the night. “After January, everything changed … We might have seen one or two small groups of people walk past the house and eventually get caught, now it’s hundreds almost every night.”

In Granjeno, Texas, a similar gap has one businessman frustrated by the lack of completion to the border wall. A several hundred-foot gap directly behind Cabrera’s Bar funnels those attempting to evade the Border Patrol to hide in an around his business. The bar’s owner, Lupe Cabrera, expressed his frustration with the stoppage and lack of information.

“They’re not the ones who want to give up [to Border Patrol] that come through here, they’re folks from Mexico who want to get away. I’m still finding them hiding out in my bar and bait shop and in some of the trucks that I own,” he says. He does not think the government is too concerned about the cost of the pause and has not heard anything about plans to complete the wall. “They got plenty of money, so I don’t think they care about how long it takes,” he added.

This fiscal year, which began in October 2020, apprehensions in the Rio Grande Valley Sector increased by more than 400 percent, according to Customs and Border Protection. As of May, more than 270,000 migrants have been apprehended in the sector. For those that reside near the unfinished gaps in the valley, there is little hope that any significant improvements in the border crisis are on the horizon.