A Texas border city built its own tent facility to handle the large number of migrants released daily by the U.S. Department of Homeland Security.

On Tuesday afternoon, employees from the City of McAllen began pitching khaki-colored tents similar to ones used by Border Patrol in their detention facilities known as TOPS. The employees also put up a white tent with a sign from the Mercedes Fire Department. 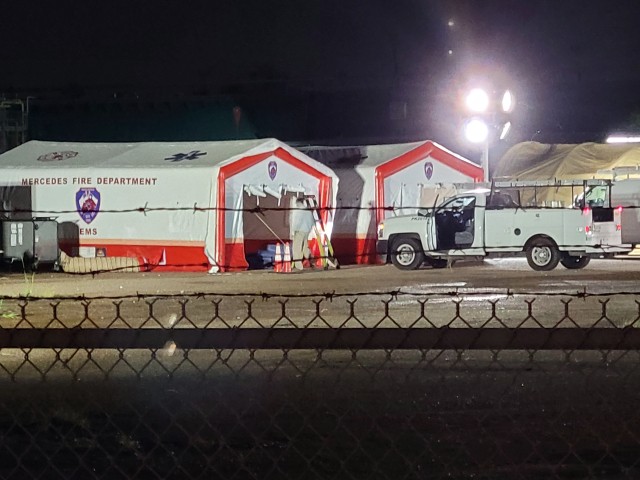 The new tent facility is near 23rd Street and Buddy Owens, a busy intersection on the northern side of town. The area is in a larger warehouse complex, yards away from the city museum and a short distance from the public library. An unnamed employee at the facility called it a “migrant camp.” 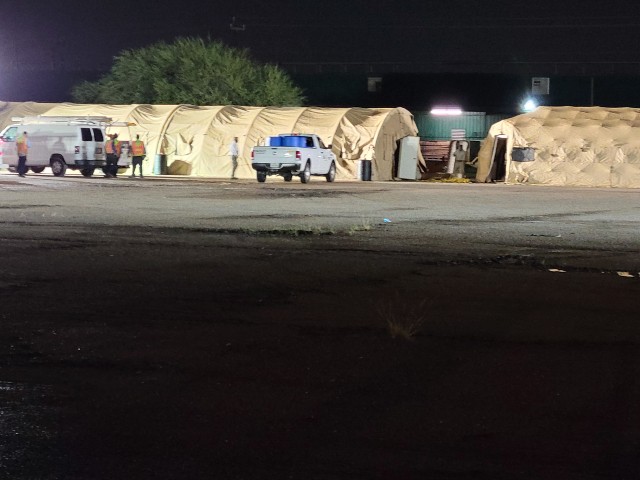 Breitbart Texas consulted with two separate sources who revealed the facility will be used to care for migrants who were apprehended and released by U.S. authorities. 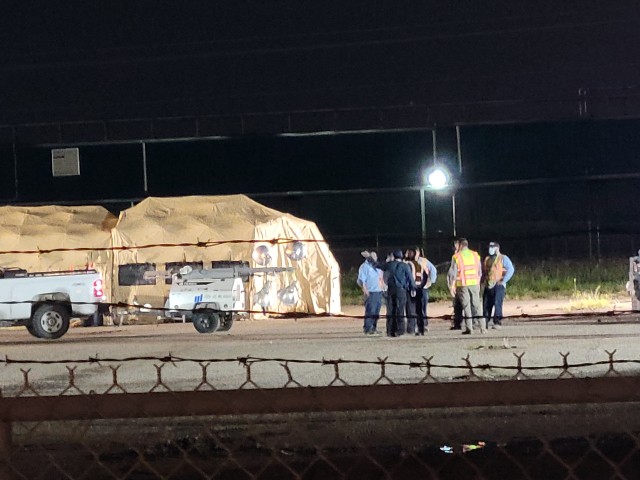 A spokesman from the Department of Homeland Security said federal officials are not involved in any tent cities inside the city of McAllen. Breitbart Texas was also told by Hidalgo County officials that they have no formal involvement with the camp. A request for information from the City of McAllen was not answered by press time.