Shootouts now plague the Mexican border city of Matamoros as rival commanders within the Gulf Cartel are fighting for control of lucrative operations.

Immediately south of Brownsville, Texas, Matamoros had been spared from most of the intense shootouts that have taken place in recent months where rival factions of the Gulf Cartel fought over lucrative drug trafficking territories. However, that changed in recent days when members of the Matamoros faction suffered internal conflicts.

Last week, a group of two gunmen riding on a motorcycle shot and killed a former top enforcer for the Gulf Cartel. According to information provided to Breitbart Texas by Tamaulipas law enforcement sources, the gunmen pulled alongside the victim’s vehicle and fired several times–fatally wounding him. The victim, Adan Sauceda Gamboa, was semi-retired from the criminal organization and was the owner of several local used car lots. While he had been a top enforcer during the late 1990s and early 2000s, two of his brothers were regional commanders. 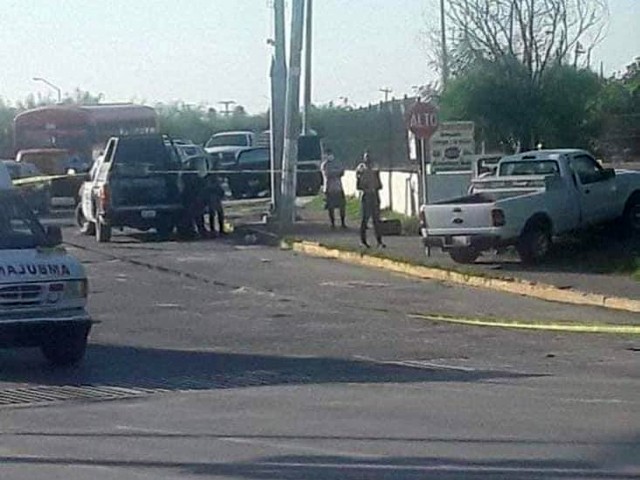 Since the murder of Sauceda, Matamoros has seen smaller skirmishes between gunmen on the western and south sides of the city. While they are not large scale battles like seen in Reynosa and Rio Bravo, the clashes in Matamoros have caused uncertainty among locals who avoid roads after dark. Law enforcement sources consulted by Breitbart Texas explained the conflict in Matamoros is a series of power struggles where mid-level cartel operators gang-up on weaker ones. It remains unclear what changes the current struggle will have in the structure of the Matamoros faction.

Editor’s Note: Breitbart Texas traveled to the Mexican States of Tamaulipas, Coahuila, and Nuevo León to recruit citizen journalists willing to risk their lives and expose the cartels silencing their communities.  The writers would face certain death at the hands of the various cartels that operate in those areas including the Gulf Cartel and Los Zetas if a pseudonym were not used. Breitbart Texas’ Cartel Chronicles are published in both English and in their original Spanish. This article was written by “J.A. Espinoza” and “J.C. Sanchez” from Tamaulipas.