The recent death of a Gulf Cartel lieutenant led to a spike in shootings and murders in the border state of Nuevo Leon. Although the figure died in a shootout with authorities, there are suspicions that his own associates may have set him up.

Breitbart Texas consulted with law enforcement sources in Tamaulipas who revealed that on December 18, Gulf Cartel commander Odilón “Tango 1” Hernández Valdivia died in a shootout with state police. Hernandez was previously the head of the Reynosa transit police in 2005. Most recently, acted as a close ally of jailed Gulf boss Evaristo “El Vaquero” Cruz in Ciudad Victoria, where he worked to keep rivals away from the turf and build relationships with authorities. 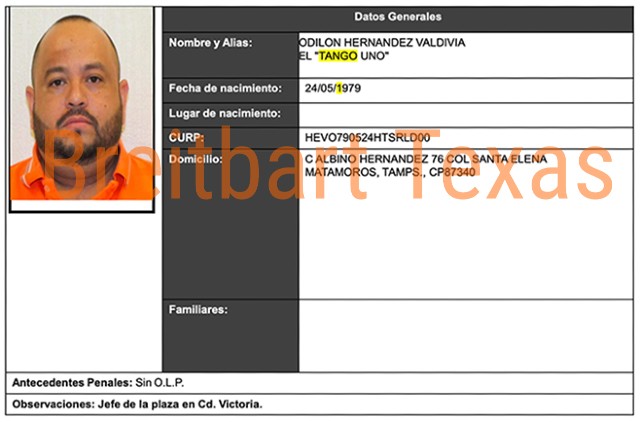 The shootout took place in the western side of Matamoros in the Parque Industrial Del Norte neighborhood, along Constituyentes Street. The criminal figure was keeping a low profile and driving a 2009 Chevrolet Equinox with Nuevo Leon license plates at the time of his death. It remains unclear why he was in Matamoros, however, he was part of the Gulf Cartel faction based in that city. Law enforcement sources revealed that Tamaulipas state police received an anonymous tip about gunmen in the area of the eventual deadly clash.

Prior to his death, Hernandez rose to be a regional head of the Gulf Cartel in Nuevo Leon and Tamaulipas. He also managed a cell in the Guadalupe municipality of the Monterrey Metropolitan area. After his death, Nuevo Leon saw a dramatic spike in shootings and executions.