A former border state policeman died after getting in a shootout with his Gulf Cartel associates. The officer joined the criminal organization after facing an internal affairs probe for corrupt practices.

The murder took place in mid-December when 29-year-old Leonardo Daniel Tinajero Hernández was drinking with members of the Gulf Cartel. During that celebration, Tinajero pulled out a handgun and began firing at associates before running away, law enforcement sources revealed exclusively to Breitbart Texas. The motive for the shooting remains unknown. 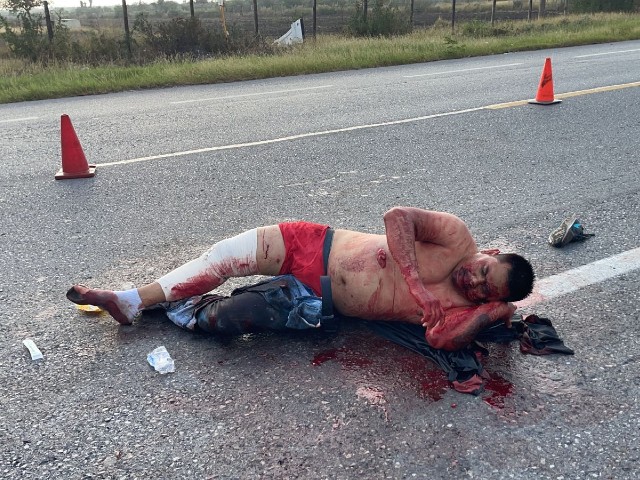 Tinajero had been a state police officer in rural Tamaulipas towns until earlier in 2021, when he became the target of a corruption investigation. After a judge formally charged him and issued a detention order, Tinajero went on the run and joined the Gulf Cartel.

During the shooting, Tinajero injured José “El Pepillo” Eduardo Guevara González, a Gulf Cartel member who operates in the town of Padilla and is considered a fugitive by state authorities for kidnapping. Tinajero also injured Luis Benito Salazar Herrera. Emergency medical personnel rushed the wounded men to a local hospital and eventual custody for El Pepillo.

The rest of the gunmen began a manhunt and were able to capture Tinajero in short order. They stuffed the former cop in a Mercury Grand Marquis and were in the process of moving him to another location when the vehicle broke down along the San Luis Potosi-to-Matamoros Highway. The shooters then carjacked a Chrysler minivan and fled the scene, but not before throwing Tinajero on the road and shooting him. The former cop died the following day.