Maybe the recovery will be v-shaped.

A measure of business activity in New York state released Monday indicated the economy was no longer in sharp contraction, defying economists’ forecasts for a third consecutive month of deterioration.

Economists had expected the index to rise from negative 48.5 to around negative  30, a level which would indicate a shrinking economy.

Firms were optimistic that conditions would be better in six months, with the index for future conditions rising 27 points to 56.5, its highest level in more than a decade. 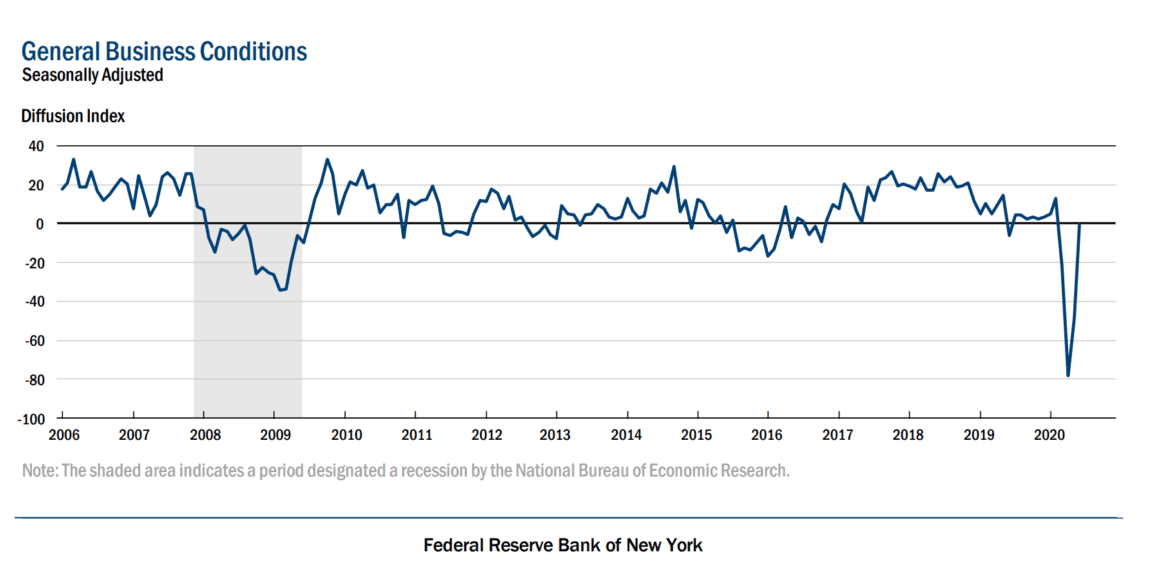