Black Friday appears to be calm but not catastrophically slow across much of the United States.

Most of the country’s biggest retailers were closed Thursday and abjured the late-night or midnight doorbuster openings of years past due to the risk of coronavirus infection. When they opened their doors on Friday morning, stores in some areas had small lines or few shoppers while in other areas shoppers faced sizeable lines, although none comparable to the prepandemic era.

The pandemic has created some wild and unpredictable swings in the economy, triggering shortages at times and igniting a home-buying boom. How holiday shopping will be affected is a big question mark at this point, making this arguably the most important Black Friday since the frightening days of the 2008 financial crisis. 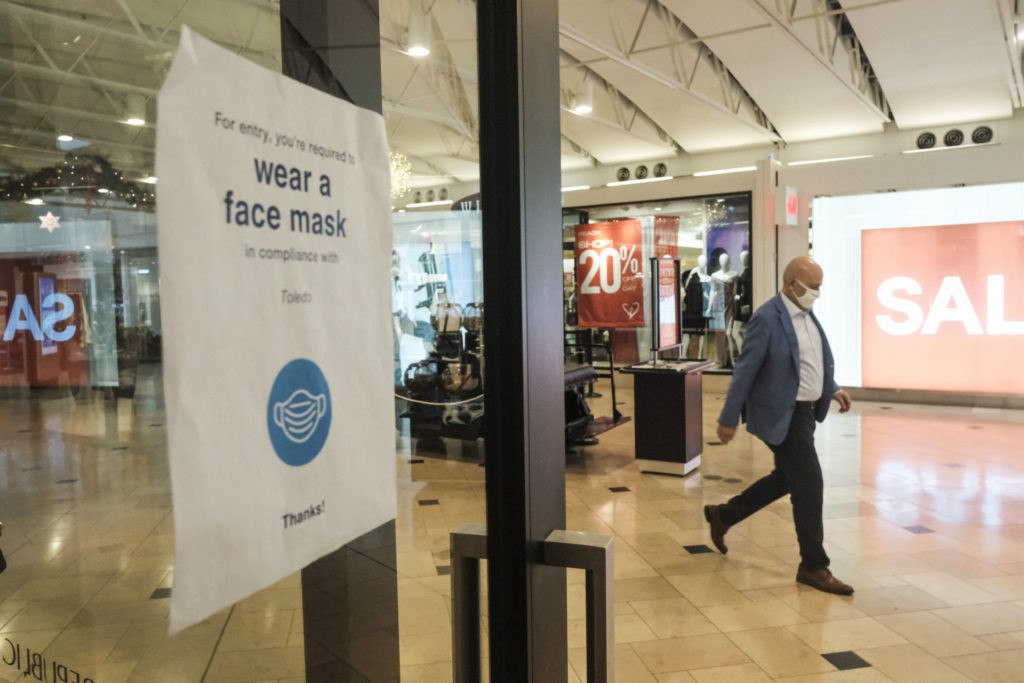 Signs urging social distancing and masks line the windows of most shops at the Franklin Park Mall during the Black Friday sales event on November 27, 2020 in Toledo, Ohio. Throughout Ohio and the midwest new cases of Covid-19 have exploded and now threaten to bring on another round of shutdowns and lockdowns going into the holiday season. (Matthew Hatcher/Getty Images)

Consumer spending has been surprisingly robust since the economy began to reopen and the labor market has staged a swifter than expected recovery. Many consumers are feeling flush, their wealth boosted by a stock market that has pushed the S&P 500 up 65 percent since the lockdown low in March and soaring home values. Money not spent on trips, sports games, movies, or eating out has apparently gone into the purchase of consumer goods and contributed to savings accounts of many households.

It’s unclear whether this will hold up on Black Friday as infections and hospitalizations hit new record highs across much of the country, lockdowns are being reimposed, and layoffs have begun climbing again. Retailers have much less inventory than is typical at this time of the year, a bet that demand will be softer.

Many retailers say they are not planning as steep discounts, reflecting the lower inventory levels.

Black Friday was traditionally the day when many retailers first turned a profit for the year. The weeks between Thanksgiving and Christmas are crucial sales weeks for many retailers. The date of Thanksgiving itself was moved by Franklin Delano Roosevelt, acting at the behest of retailers, to create more shopping days between the holidays.

But that has changed over the past few years as online shopping has become more popular, a trend that has mostly benefited mega-retailers like Amazon, Walmart, and Target. 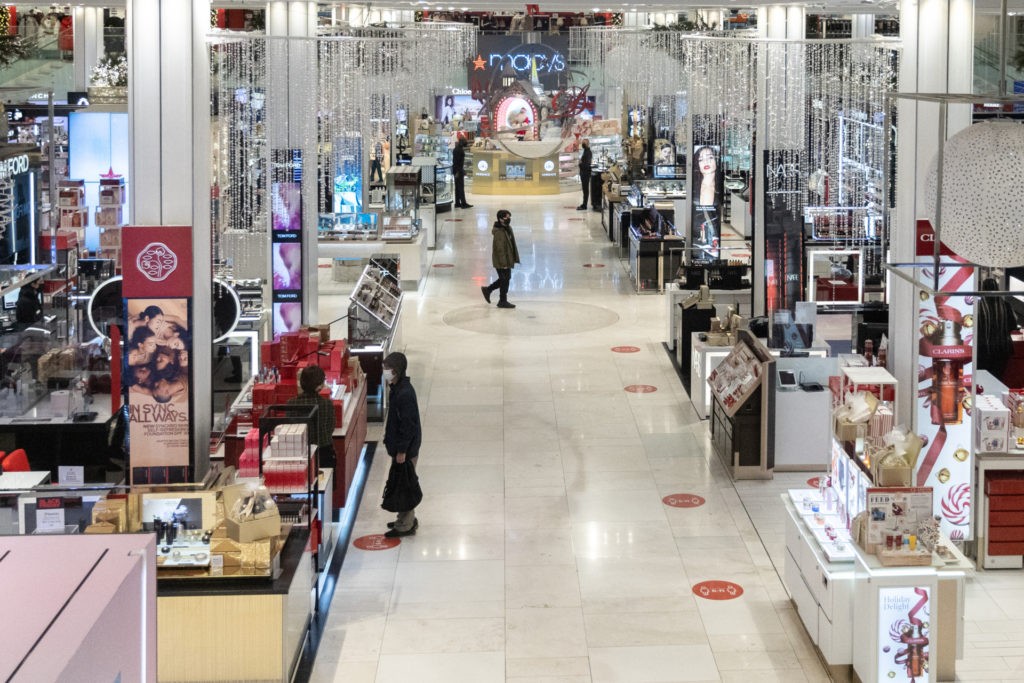 The risk of coronavirus infection may accelerate the shift to online shopping. Many consumers may want to avoid crowded stores and large stores are limiting the number of people who can shop inside at the same time. That could increase wait times, further discouraging in-person shopping.

The National Retail Federation expects holiday sales to rise between 3.6 percent to 5.2 percent, to between $755.3 billion and $766.7 billion. That would make this year about average. That sounds incredible, given that tens of millions of Americans have recently lost their jobs and millions remain on dependent on unemployment benefits, but consumer spending has continued to be more resilient than expected. Importantly, the NRF estimate includes online sales, which are expected to jump between 20 percent and 30 percent.

Across the country, reports are coming in about Black Friday crowds—or the lack of crowds.

“As major retailers opened at 5 a.m., lines were only a couple minutes long at places like Best Buy and Walmart on Dale Mabry Highway,” Tampa’s Bay News reported Friday morning.

Several stores’ doors opened at 5 a.m,. and while a few people were spotted social distancing as they waited outside the Academy on Richmond, one customer said several people left when they found out there were no PS5 game consoles.

The Academy near Kirby and US-59 was nearly empty.

But up in Western Michigan, CBS affiliate WWMT did find long lines of shoppers—including at least one woman who said this was her first time out shopping on Black Friday.

We spoke with two of the first shoppers in line this morning. Join us on @wwmtnews pic.twitter.com/EyK7kUGbmC

“This is my first Black Friday that I’ve been able to shop because I used to work retail, so I was always working,” shopper Tracy Sharp told WWMT reporter Lexie Petrovic. “I’m very excited, this is my first adventure into the land of Black Friday.”