Rising bond yields may put pressure on lawmakers to tone down the $1.9 trillion spending plan.

The yield curve—the difference in yields for short-term and long-term debt—has sharpened dramatically in recent weeks as investors have sold off bonds maturing five-years or more into the future while shorter-term bonds have held steady. 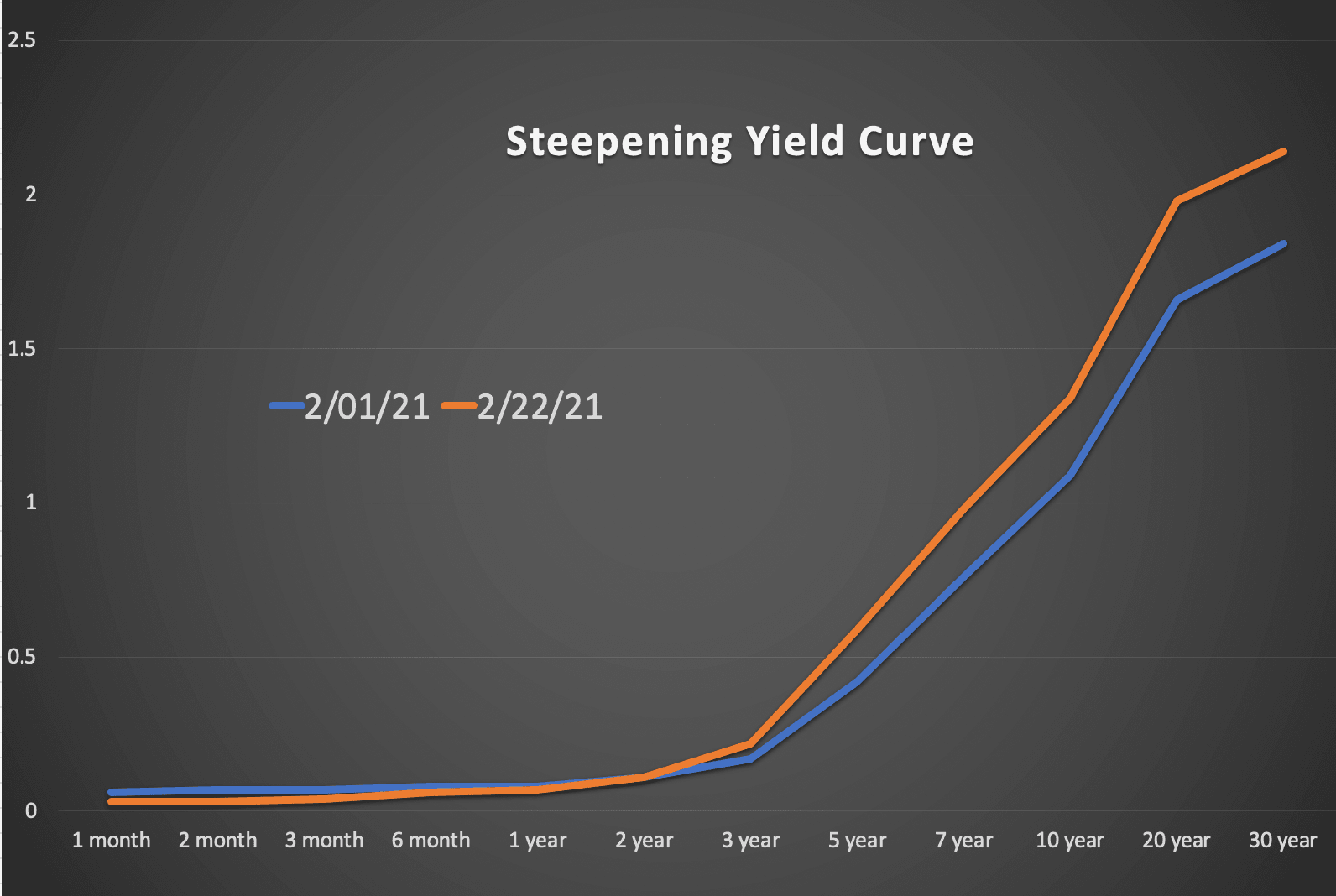 This is likely an indication that investors think economic growth, inflation, or both will be stronger than they believed at the start of the month. Economic data has suggested that the labor market remains sluggish but most other parts of the economy are outperforming forecasts.

Bond yields move in the opposite direction of prices. So when yield is rising, price is falling.

Fed chair Jerome Powell will likely be questioned about what message the bond market is sending when he testifies to Congress this week.

Prominent economists have warned that the size of the spending bill Biden has proposed risks triggering unwanted inflation. That could prompt the Fed to tighten monetary policy earlier than expected, raising rates to restore price stability.

Alternatively, lawmakers or the Biden administration might decide that the yield curve’s steepening is an indicator that the economy does not need as much support as they expected earlier.