The prices of new homes are far higher than they were a year ago and far fewer are being purchased, data from the Census Bureau showed Friday.

“After the volatility of 2020, with significant declines for new home sales in the spring followed by an unsustainable rebound during the second half of the year, new home sales have cooled somewhat,” said National Association of Home Builders Chief Economist Robert Dietz. “Home prices are up 20% from a year ago due to higher construction costs, and these price hikes are a risk for housing affordability as we approach the end of the year.”

The number of homes in August was 24.3 percent below last August’s level, suggesting that the high prices of homes are keeping some would-be buyers out of the market. New homes sold at a seasonally adjusted annualized rate of 740,000 in August, beating expectations for sales of 708,000. July sales were revised up from 708,000 to 729,000.

A year ago—as Americans rushed to buy houses to accommodate social distancing and working and schooling remotely, as well as to retreat from cities afflicted by anti-police protests, rioting, looting sprees, and rising murders—the sales rate was 977,000. 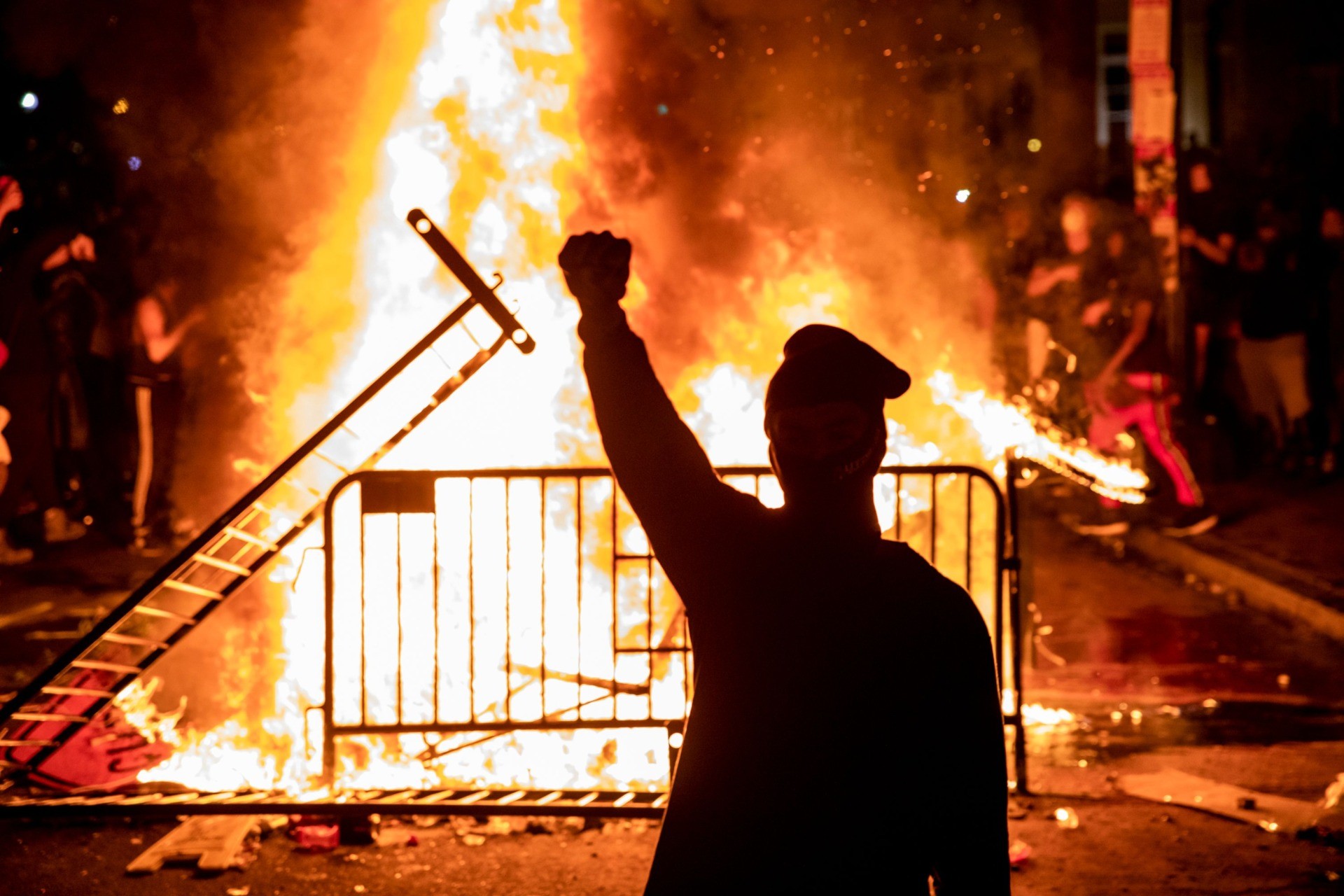 A protester raises a fist near a fire during a demonstration outside the White House. (Photo by Samuel Corum / AFP) (Photo by SAMUEL CORUM/AFP via Getty Images)

The inventory of new homes for sale is climbing, holding out some hope for relief for would-be buyers. There were 383,000 for sale at the end of August, up 100,000 from last August and 12,000 above the July level. At the current sales rate, that is a 6.1 months of supply, slightly above the long-term average.

As a candidate, Joe Biden promised to increase the supply of affordable housing. But in President Biden’s first eight months in office, prices of goods, services, and housing have soared. And single-family home construction fell in July and August despite rising prices for new homes.

Many of the housing officials in the Biden administration regard single-family housing as detrimental to the climate and racial equity. They are developing plans to make it relatively more costly to maintain single-family zoning and construction new single-family homes compared with apartments and attached homes.

In early September, the Biden administration announced a plan that claims would “create, preserve, and sell to homeowners and nonprofits nearly 100,000 additional affordable homes for homeowners and renters over the next three years.” Some housing market experts believe the plan will not accomplish enough to make housing affordable.