LOS ANGELES, California — Sixty-six cargo ships were at anchor off the ports of Los Angeles and Long Beach, the busiest and second-busiest container ports in the United States, respectively, on Monday as an ongoing cargo crisis continued.

Update: The total number of ships anchored at the Port of Long Beach was reported Tuesday as 100, a new record. 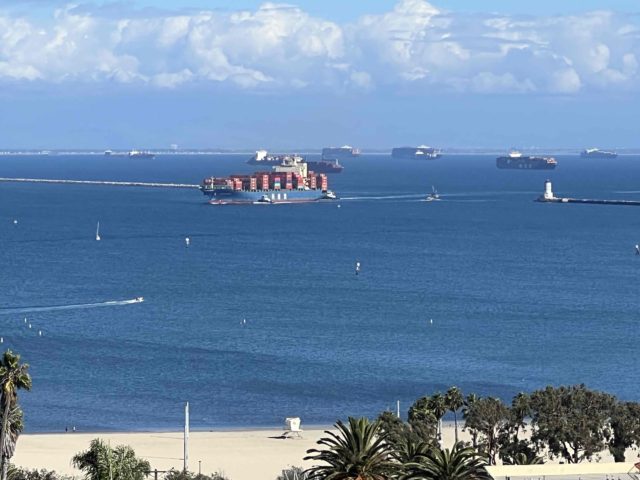 A ship enters the Port of Los Angeles, as seen from the hills of San Pedro, October 18, 2021 (Joel Pollak / Breitbart News)

The ships, visible for miles from the shore, were anchored in formation, almost like a military fleet, as they hovered near the coast, waiting for a chance to dock and offload their cargo — and as more ships continued to arrive from across the ocean.

The two port facilities are adjacent to one another (see map). According to statistics provided by the Port of Los Angeles, there were 33 ships at anchor for each of the facilities on Monday, with an average time at anchor and berth of 17.5 days. 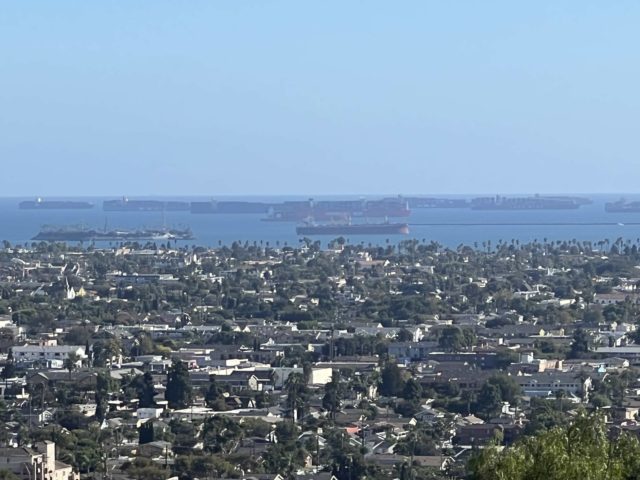 The backlog at the ports has been caused by a variety of factors: a rise in consumer demand as the pandemic recedes; a lack of dock workers to offload the ships; a lack of truckers to remove the containers; and a lack of space for containers in port. 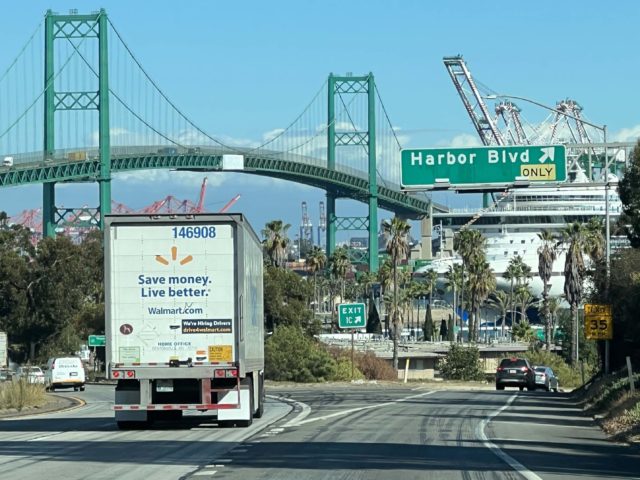 Curious residents gathered at Lookout Park in San Pedro on Monday afternoon to see the unusual sight of an armada of cargo ships. One local resident who spoke to Breitbart News said he had never seen anything like the congestion in the port before. 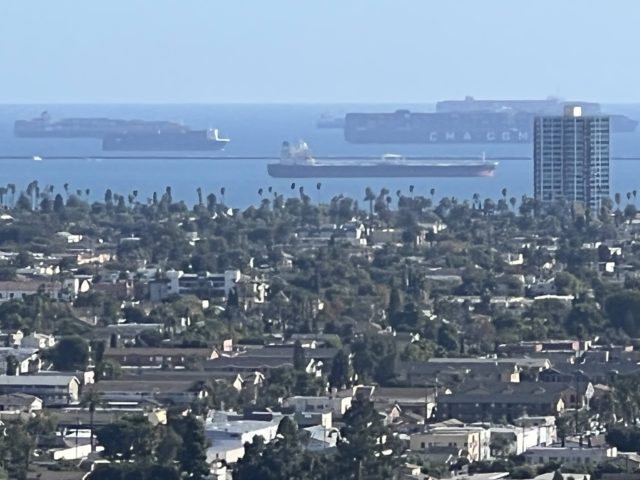 The Biden administration has struggled to deal with the crisis. Secretary of Transportation Pete Buttigieg convened a meeting on the cargo issue in July, but took two months’ of paternity leave, unannounced, in mid-August and only recently returned. 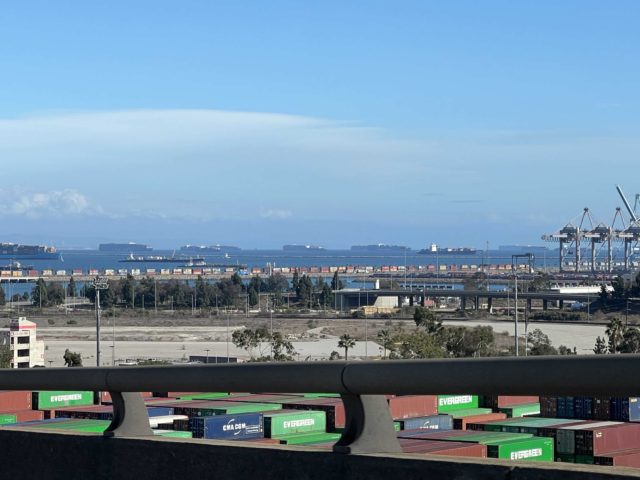 Ships at anchor off the coast, as viewed from a road behind the Los Angeles and Long Beach port facilities, with containers in the foreground, October 18, 2021 (Joel Pollak / Breitbart News)

The resulting supply chain shock has meant shortages for many consumer goods on the shelves of American stores, and delays in delivery of goods ordered for home delivery. That, in turn, has exacerbated concerns about rising inflation.