A Walmart customer service representative confirmed to this Breitbart News reporter that an order of Enfamil brand infant formula was shipped out of Cheyenne, Wyoming, to North Bergen, New Jersey, “due to the unavailability of the item at the nearest fulfillment center in your area.”

The Enfamil purchase, made on May 8 and arriving on May 12, was made for the purpose of feeding an eight-month-old infant, not in the interest of journalism.

The Enfamil powder is already a substitution for the Similac brand powdered formula typically consumed. 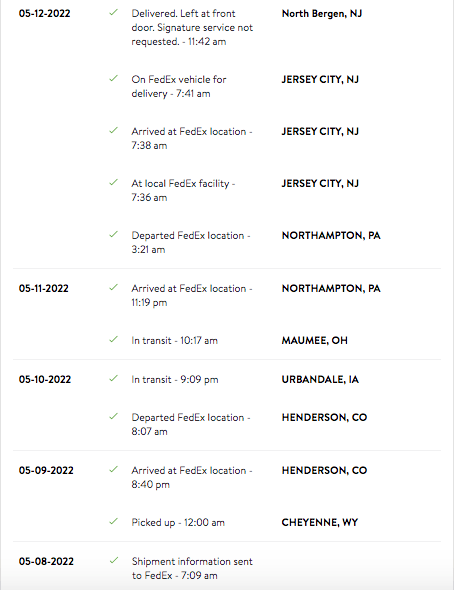 Walmart is the country’s largest employer and largest company by revenue in America. Walmart claims to operate 210 distribution centers – designed to move products into its stores – and does not detail on its corporate website how many fulfillment centers dedicated to e-commerce it operates. The company does claim, however, to use “a ton of people power, highly-efficient fulfillment campuses dedicated to e-commerce, a world-class transportation fleet and a touch of magic” to run its online operation, and claims its “fulfillment centers are strategically located across the U.S.”

Wyoming is the country’s least populous state. Walmart announced a plan to open a new fulfillment center in Pennsylvania in “spring 2022.”

Walmart’s media relations wing did not respond to multiple requests for clarification as to the reasons behind the baby formula order requiring a cross-country shipment, how common such a move is for online orders, and confirmation that the order means the closest available Enfamil for parents in New Jersey is in Wyoming. A customer service representative did offer an explanation regarding the order. 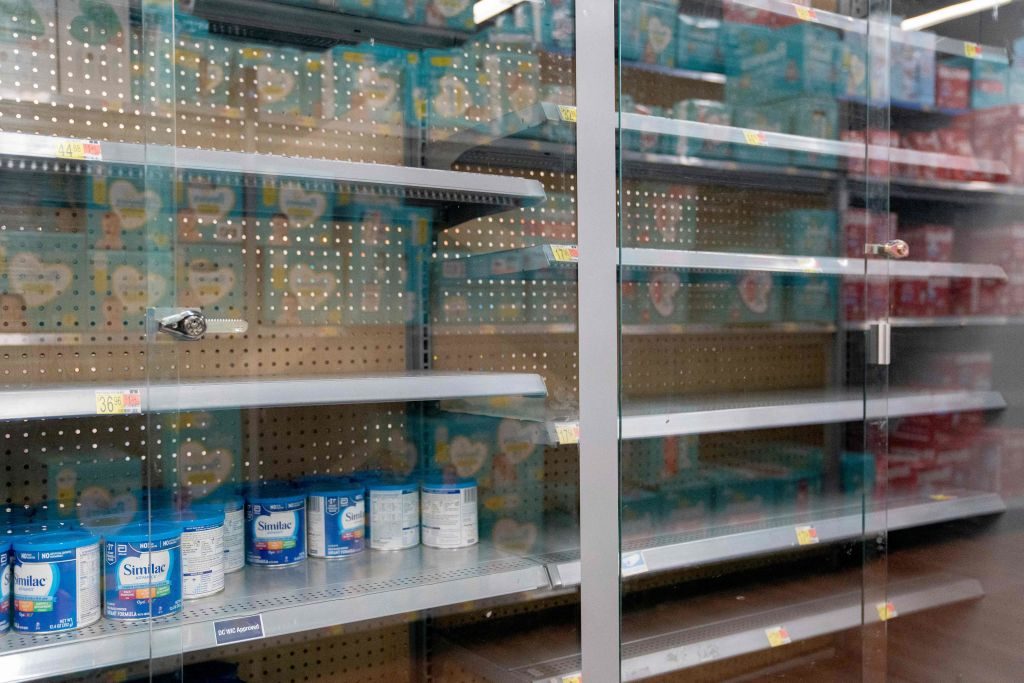 Grocery store shelves where baby formula is typically stocked are locked and nearly empty in Washington, DC, on May 11, 2022. (STEFANI REYNOLDS/AFP via Getty)

“Your order was unavailable because the item is currently out of stock due to its popularity,” the representative responded when asked if it was fair to conclude that the shipment details meant that the closest Walmart fulfillment center carrying Enfamil from New Jersey is in Wyoming.

At press time, the Walmart website shows none of the five Walmart “supercenters” within a ten-mile radius its North Bergen store are carrying the product.

The formula purchase’s transcontinental journey reflects the gravity of the growing crisis surrounding acute shortages families are currently facing of nearly every widely available brand of baby formula. As of last week, over 40 percent of baby formula stock is out on a national level.

While supply chain disruptions partially caused by lockdowns in response to the Chinese coronavirus pandemic had already strained national baby formula supplies, the shortages became more severe in light of the federal government shutting down one of the largest formula manufacturing plants in the country.

Several Similac lines and other brands produced by Abbott Labs have all but disappeared off of store shelves nationwide after the Food and Drug Administration (FDA) shut down Abbott’s Michigan processing facility in late March in response to an alleged bacterial outbreak; Abbott had issued a voluntary recall of some of the products affected in February. Abbott is America’s largest baby formula producer.

Mounting public concern regarding baby formula shortages led the FDA to announce on Wednesday that it would finally cede to Abbott’s request to begin to use the plant to make formula again, but only on a “case-by-case” basis.

“We recognize that many consumers have been unable to access infant formula and critical medical foods they are accustomed to using and are frustrated by their inability to do so,” FDA Commissioner Robert Califf said in a public statement on Tuesday. “We are doing everything in our power to ensure there is adequate product available where and when they need it.”

President Joe Biden reportedly discussed the baby formula shortage with leaders at Walmart and other major manufacturers and sellers on Thursday. A day before, incoming Press Secretary Karine Jean-Pierre laughed when asked who in the White House was “running point” on the crisis.