The United Teachers Lost Angeles (UTLA) and the school board of the Los Angeles Unified School District (LAUSD) will resume negotiations on Thursday at noon as the ongoing teachers’ strike enters its fourth day.

Officially, the strike is about teachers’ demands for smaller class sizes, additional support staff, and a 6.5% pay raise retroactive to last year (the district is offering 6%, phased in over the next two years). 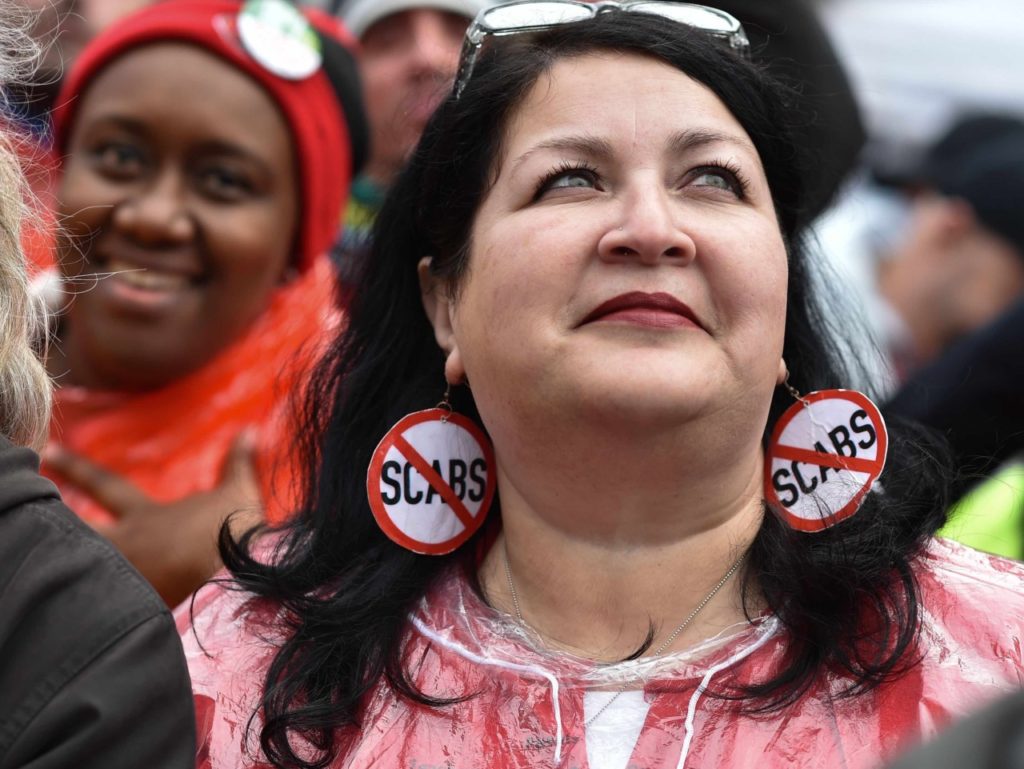 But unofficially, the strike is about the unions’ effort to stop the growth of charter schools, most of which are not unionized and which are often favored by parents in minority neighborhoods who are frustrated with failing local traditional public schools.

Most of the signs and chants call for better pay, smaller classes and more staff support, but the backdrop to the Los Angeles Unified School District strike is a battle that has long loomed large over education in California: The fight over charter schools.

Central to the concerns of teachers and union leaders at Los Angeles Unified is the argument that the growth of charter schools in the city has come at the expense of dollars for district schools and the teachers working in them.

Key to the bitter dispute: Charter schools, which enroll about a fifth of students in Los Angeles Unified, have contributed to a loss of $600 million annually that otherwise would benefit students in district schools, according to union officials, largely because of fixed costs that can’t be reduced even if there are fewer students. Charter backers have pushed back on those figures.

The fight over charter schools has dominated recent political contests in California, as well. In 2017, two charter school advocates won seats on the LAUSD board. In 2018, unions pushed their favored candidate to victory in the race for state school superintendent over charter advocate Marshall Tuck. And the gubernatorial race last year was to be a clash between pro-charter Democrat Antonio Villaraigosa and pro-union Democrat Gavin Newsom before Republican John Cox beat the latter for the second-place spot and the right to run in the November general election.

Meanwhile, frustration with the ongoing strike continues to mount, as parents of the students who are attending school — about one-third of the total — are growing frustrated with the fact that children are spending much of their day in large rooms and auditoriums watching movies, rather than learning anything, the Los Angeles Times reports.