Taliban leaders in Afghanistan’s western Herat province issued their first fatwa — a formal Islamic ruling — since retaking control of the country, segregating government and private university classrooms by gender, according to a Saturday report from the Khaama Press News Agency.

Mullah Farid, the Taliban’s head of higher education, reportedly said co-educated classrooms are “the root of all evils in society.”

Taliban spokesman Zabihullah Mujahid in his first press conference vowed that “The Islamic Emirate [Taliban-controlled Afghanistan] is committed to the rights of women within the framework of Sharia,” while assuring the “international community” that women “can have activities in different sectors and different areas on the basis of our rules and regulations.”

Mujahid added that “there’s not going to be any discrimination against women, but of course within the frameworks that we have. Our women are Muslim. They will also be happy to be living within our frameworks of Sharia.”

The Taliban’s interpretation of sharia during its first rule of Afghanistan — which ended with the U.S. invasion in 2001 — banned women from receiving any form of education and forced them into burqas, full-body coverings that hide even a wearer’s eyes. Mujahid and other spokesmen have insisted on women wearing hijab, a headscarf that covers hair, but suggested the Taliban would not mandate wearing burqas.

The Taliban made similar promises during their initial reign of terror from 1996 to 2001, but ultimately barred women and girls from receiving an education entirely.

Khaama, an Afghan news outlet, said the decision on the fatwa was made during a “three-hour meeting [among] university lecturers, owners of private institutions, and the Taliban officials,” during which Farid also reportedly said there is “no alternative … for continuing co-education and [it] must be ended.”

According to Khaama, Farid added that only female lecturers “who are virtuous are allowed to teach female students,” but that they cannot teach male students.

In Herat province, Afghanistan’s third-largest city, lecturers reportedly said that while government institutions may be able to afford the space for segregated classrooms, private schools would likely be unable to do so, potentially depriving “thousands of girls” of a higher education. 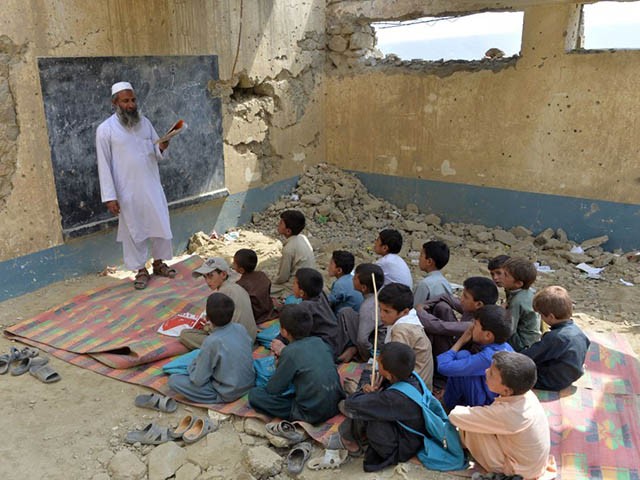 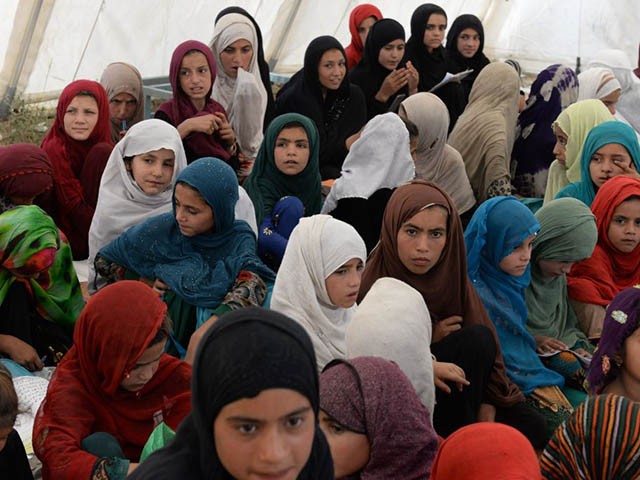 Despite the Taliban’s overtures on the treatment of women in their new era of control over Afghanistan, including spokesman Suhail Shaheen’s promise that “Schools will be open and the girls and the women, they will be going to schools, as teachers, as students,” many Afghans remain skeptical of the terrorist organization’s willingness to follow through, particularly given “reports of women being ordered to leave their jobs and send male relatives to work in their stead.”

When asked in his press conference last week about women’s abilities to remain working in media, Mujahid responded, “Just wait and see what the future government is going to say.”

While educational prospects for women and girls appear to remain bleak under Taliban rule, some remain undeterred. The Telegraph reported Monday that “Afghan teachers have said they are ready to die for the right to give girls an education.” One teacher in Kandahar province told the newspaper, “I will never stop this even if it costs me my life.”

Shabana Basij-Rasikh, the co-founder and president of Afghanistan’s only all-girls boarding school, posted a video to Twitter on Friday in which she burned her students’ records, “not to erase them, but to protect them and their families.”

Nearly 20 years later, as the founder of the only all-girls boarding school in Afghanistan, I’m burning my students’ records not to erase them, but to protect them and their families.
2/6 pic.twitter.com/JErbZCSPuC

Basij-Rasikh maintained that “the fire in me to invest in the education of Afghan girls who have no way out grows brighter, stronger, and louder.”

Another teacher in southern Kandahar told the Telegraph, “We will neither stop our work nor flee from the country; it is our country and it is our responsibility to work for it and make it peaceful.”

The teacher added, “No one has the right to stop us from education. I have the courage and aspiration to dedicate six hours in the day to girls’ education. We will fight to keep our voice raised; no one can stop us from this.”

The Taliban has maintained control over most of Afghanistan since August 15 after taking the capital city of Kabul in a military offensive following the Biden administration’s decision to extend the Afghan War beyond the May 1 deadline predecessor Donald Trump brokered, breaking a formal agreement with the Taliban.