General Motors provided a grant to the Gay Lesbian and Straight Education Network (GLSEN) to fund the organization’s “Rainbow Library” Program, according to the corporation’s 2021 Social Impact Report.

The report explains that the Rainbow Library “provides supportive curriculum materials and book sets that are LGBTQ+ centered, racially diverse, and multicultural to K-12 schools.” The report did not say how much money was awarded to the pro-transgender organization. 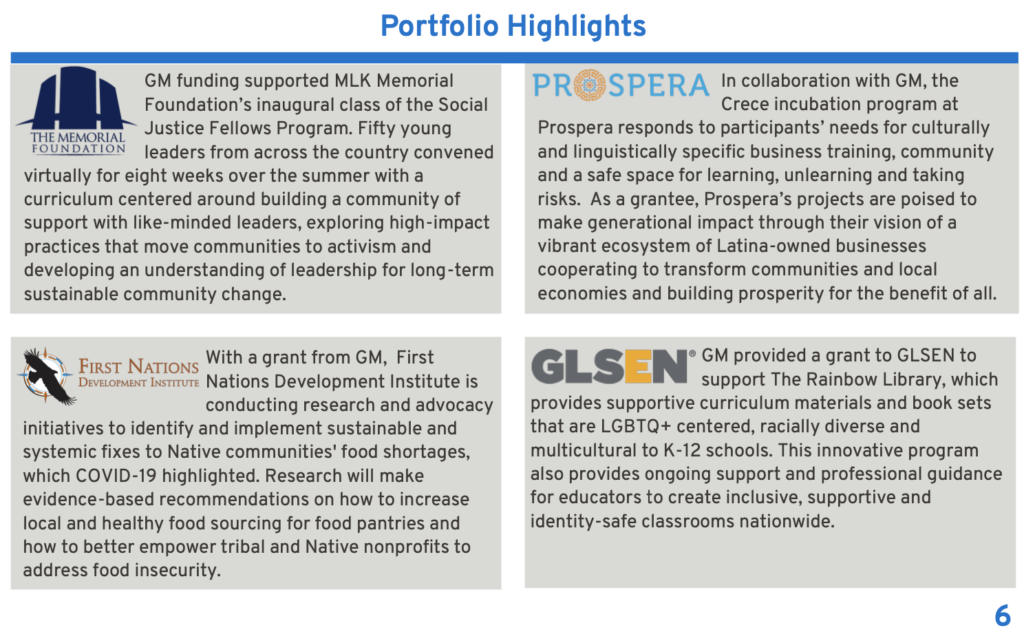 Pictures from GLSEN’s Rainbow Library page showcase the type of books that the organization is sending to K-12 schools to be read to young children. One book, called “I am Jazz,” is about a child who allegedly identified as transgender from the age of two.

“From the time she was two years old, Jazz knew that she had a girl’s brain in a boy’s body,” the book’s description reads.

While GLSEN does not give a complete list of the book titles that are given out through their program, an article from the School Library Journal explains that books are in part “selected based on winning and nominated books for the Stonewall Award and the Rainbow Book List of the American Library Association.”

Pages from the graphic memoir "Gender Queer," which is controversially on the shelves of many US school libraries. 1/ pic.twitter.com/zpWcXzilzv

Another book, also on the Stonewall Book Awards List, is “Sex is a Funny Word” by Corey Silverberg. A shocking investigation found that Silverberg, who has written several LGBT books aimed at children, is the co-founder of what has been referred to as a “beginner’s sex shop.” The sex shop even sells the book.

GLSEN has described their Rainbow Library program as a “first step for getting in front of kids” and a “stepping stone for inclusive curriculum at the district or state level.”

How @GLSEN is using their ‘Rainbow Library’ program to covertly groom children and influence educational policy.

They provide K-12 educators books that put a ‘major emphasis’ on ‘the voices of trans and non-binary people’ and are a ‘stepping stone’ towards inclusive policy. pic.twitter.com/Bymx1uBiay

One report from Discover the Networks found that the organization engages in lobbying and political activism, and has offered “sexually explicit materials and information to young school children” at its conferences.

In addition to pushing pro-transgender books on kids, GLSEN also advocates for men to be able to play in women’s sports and use women’s restrooms.  The organization created a “Trans Action Kit,” which instructs students and teachers to engage in pro-transgender activism. One of the suggestions is to “build an altar” to transgender people for the faux holiday “transgender day of remembrance.”

Breitbart News revealed in July that Americorps offered a stipend for a “22-23 GLSEN Student & Educator Outreach” position. The description of the role, archived here, explained that “The member will drive engagement with educators, school districts and gay-straight alliance/gender-sexuality alliance (GSA) clubs across the state,” while also conducting trainings.

This is not the first time that GM has provided financial support to GLSEN. The Post Millennial reported that Chevrolet, which is owned by General Motors, donated $25,000 to the pro-transgender organization.

General Motors did not respond to a request for comment.